Home Variety Campus Events Back to the Brafferton 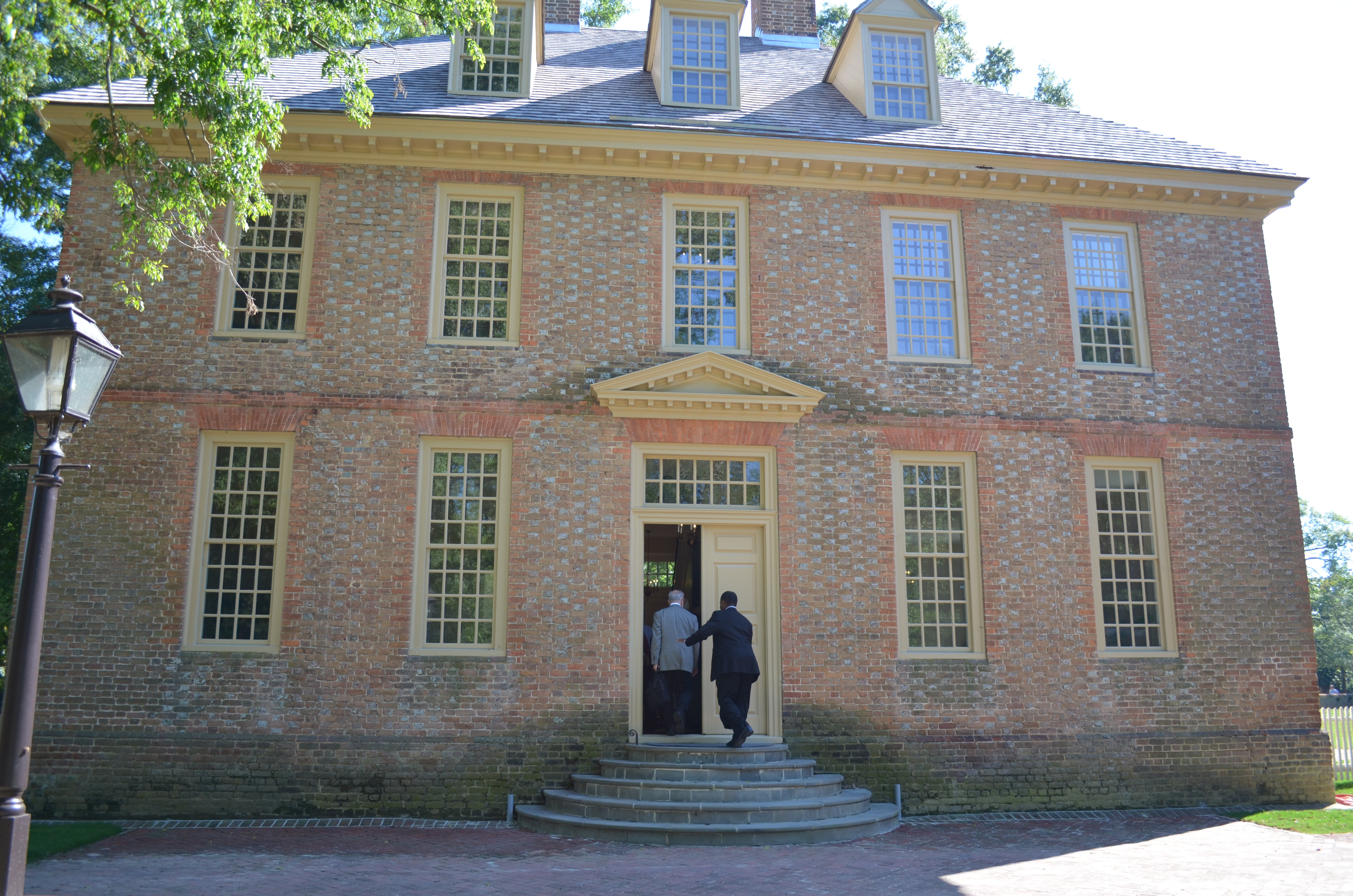 Former home to Indian schoolboys, wounded Civil War soldiers, guests of the College of William and Mary and even to an alleged ghost, the Brafferton once again hosts the offices of the College President and Provost.

Built in 1723, the Brafferton is the only building of Ancient Campus that has not been destroyed in its 290-year history. Originally, the Brafferton housed the Indian school where 6 to 12 school-aged boys were taught English and trained to be British citizens annually.

“You could actually argue that part of the reason the College of William and Mary was founded was because of the Indian school,” Assistant Director of Historic Campus Kimberly Renner MA ’06 said.

The money that James Blair used to found the College came from Sir Robert Boyle’s estate.

“In [Boyle’s] will, he stipulated that his money be used for charitable purposes,” Renner said. “And that was translated as the Indian school.”

The Brafferton was home to the Indian school from 1723 until the Revolutionary War, when the College lost its funding.

Two years ago, the College created the Brafferton Legacy Group to advise the College’s department of anthropology and strengthen its relationships with local Indian tribes. Consisting of College alumni who are also members of federal and state Indian tribes, the Legacy Group participated in a blessing of the Brafferton before the archaeology dig began in the summer of 2011.

Pamunkey Indian tribe member Ashley Atkins MA ’09 belongs to the Brafferton Legacy Group and participated in the Brafferton archaeology dig as a Ph.D. candidate in the department of anthropology. For her, some of the most important findings were shards of an English wineglass that had been worked into stone tools.

“They were actually using the glass to make tools like they would have used stone,” Atkins said. “They’re carrying on knowledge they would have learned in their communities at the Brafferton.”

Although some students attended the Indian school in accordance with treaties Virginian colonists made with their tribes, others attended the school because they were kidnapped.

After the boys learned English, basic Christian theology and arithmetic, the colonists hoped that they would return to their tribes and teach them how to be British citizens. Many, however, used their new knowledge to help their tribes retain traditions.

“The young boys were very valuable to their tribes once they left the program,” Renner said. “They could straddle two worlds.”

John Nettles, for instance, translated treaties and helped moderate trade between his tribe and colonists in North Carolina.

Since the Revolutionary War, the Brafferton has been used as a dining hall, faculty residence, dormitory, hospital and guesthouse. It has also been used as an office for student activities, the alumni house, the bursar and now for the President and the Provost. Every inhabitant has needed to work around the building’s original purpose of housing the Indian school.

“I would like to see more interpretation and more of a focus on what the building was actually built for and the lives that would have lived there,” Atkins said. “I would like that to be more of a focus, because it’s not there, other than the highway marker sign. … Being a Pamunkey person — being a part of the William and Mary family — I was a little disappointed with the fact that we were coming in contact with so many people who attended this college and who also worked at the College who didn’t know about the history [of the Brafferton] at all.”

The details of the original institution have largely been lost or misinterpreted. Archaeological evidence, for example, suggests that the Brafferton’s main entrance was found in what we now consider the back, by Jamestown Road. In the 18th century, this entrance faced away from the Sir Christopher Wren Building, potentially segregating the Indian boys from the English students of the College.

Today, when visitors walk into the Brafferton, they see the back of a stairway in the main entryway, with administrative offices to the left and the Provost’s office to the right. Due to last year’s renovations, visitors today will also immediately feel the Brafferton’s newly-installed central air conditioning.

“It was almost a dance to make sure everything fit,” Project Manager and Chief Operations Officer at VIMS Joe Martinez said.

In addition to updates to the Brafferton’s mechanical, electrical and plumbing systems, construction workers installed a sprinkler system, automatic-closure fire doors and wheelchair access to the kitchen.

“It had not been renovated since the Rockefeller renovation, so there were still 80-year-old systems in place,” Executive Director of Historic Campus Louise Kale said.

The $3.65 million project was funded by the classes of 1961 and 1962 as well as the Lettie Pate Evans Foundation, the Mary Morton Parsons Foundation and the Max and Victoria Dreyfus Foundation. The state of Virginia contributed $1.4 million to the renovations.

According to Kale, maintaining the first and second floor was a top historical priority. The third floor, which was not used until windows were installed in 1732, was gutted this past year to make a new “area of rescue” in which persons can survive for one hour in the event of a fire.

“Those of us on the second floor could jump out and break a few bones, but get out alive,” College President Reveley said. “I was not so confident about those on the third floor.”

The Provost’s office on the first floor is a large room that functioned as the original Indian school room.

“The ceilings in this office are so high that I’m tempted to bring in a basketball hoop, because you could probably get a pretty decent half court game going,” Provost Michael Halleran said. “But I have yet to do that, because the chandeliers would probably have to be rearranged.”

Halleran, who manages the College’s academic programs and oversees admission, the registrar’s office, IT, the libraries and the Muscarelle from this room, says he feels honored to occupy the historic building.

“It’s one of the many reasons we think William and Mary is special,” Halleran said. “It’s historic, extraordinarily beautiful, and obviously had a pivotal role not just in American higher education but in American history.”