Home Variety Profiles Just when you thought it was safe to go back in the... 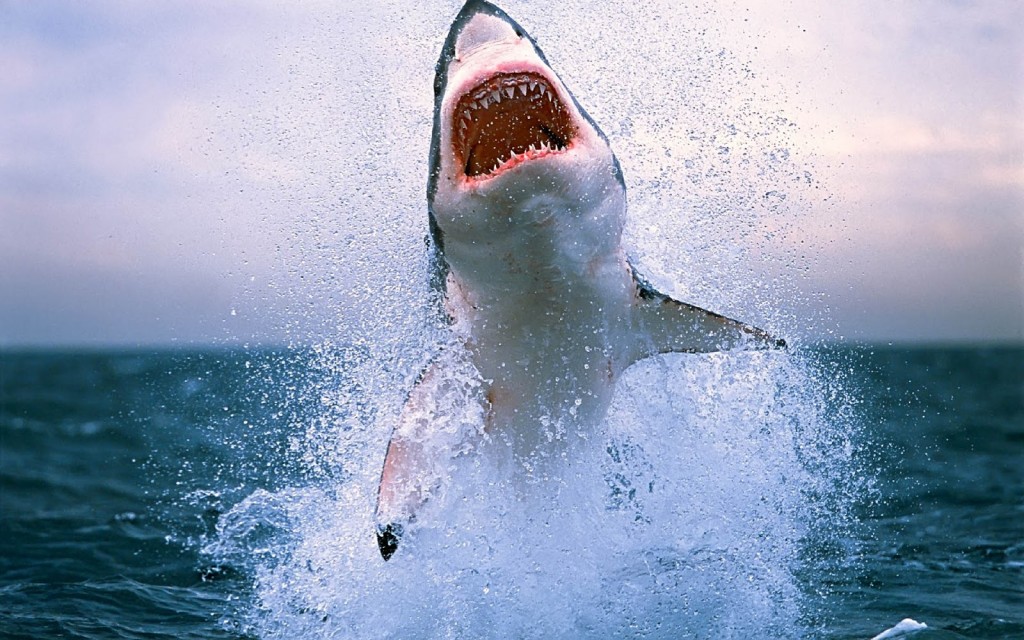 Forget everything you think you know about “Jaws.” Sure, the famous, giant, shriek-inspiring shark may have had his moment in the sun, but he’s got nothing on the doctor — Dr. Jaws that is.

Zachary Nicholls ’14, a biology major at the College of William and Mary, recently became a published author. Nicholls, or Dr. Jaws, as he is known in the literary world, is the author of a short book entitled “Carcharhinus obscurus.”

The book, whose title was inspired by the scientific name of its subject, the dusky shark, is not just another non-fiction chronicle about sharks. Rather than pages of monotonous facts and figures, “Carcharhinus obscurus” opens readers’ eyes to the world of the dusky shark in a way that combines art, philosophy, science and sheer passion for a beautiful species.

It all began with a love of sharks, which, for Nicholls, was no new development.

“My love of sharks is inherent, ever since I was little,” Nicholls said, “I can’t explain why. … It’s just there. It’s a part of my character.”

So what drives a biology student with a love of sharks to write a book and seek publication?

“I started to get interested in the arts, really interested — especially in movies,” Nicholls said. “I interned at a local film studio throughout my high school years, and I learned to develop my more artistic side.”

Nicholls’ two passions led him to become what he calls a “hybridist author.” His primary goal is to enlighten his readers as to the plight of “Carcharhinus obscurus,” a species that, in recent years, has faced difficulties with survival due to the impact of the fishing industry. Because of this decrease in population, coupled with the dusky shark’s slow repopulation rate, the species faces dangerously low levels of population, an issue that Nicholls addresses in his book.

However, this is no cut-and-dry piece of non-fiction literature. Nicholls presents the necessary information, but in a creative way: by accompanying the facts with poems and prose pieces placed on pages decorated with Nicholls’ own art.

“I present the single species in a biological light, but also with a spiritual side and an artistic side,” Nicholls said.

Nicholls began the writing process the same way any other author does: with an idea. In January 2012, Dr. Jaws set out with his mission and spent the next full year researching, writing, creating and editing his work. By January 2013, Nicholls had successfully assembled and arranged his creation onto a PDF file ready for submission.

Next came a whole new kind of research: navigating the publishing industry. And no better place to start than the internet. Nicholls spent the next four months scouring the web, deciding everything from whether to self-publish or submit to a publishing house, to whether to go with an agent or venture out unrepresented. In the end, he chose to submit unsolicited and packaged up his brainchild, sending it to six publishers. Among those was Deep Sea Publishing.

Deep Sea Publishing is a publishing company in Herndon, Va. that specializes in general fiction, children’s stories, young adult and teen novels, art and photography and technical references. Of Nicholls’ six submissions, Deep Sea proved to be the perfect fit.

After Deep Sea communicated its interest in his manuscript, Nicholls began the real work: editing, a process Nicholls described as fun due largely to the good match he found with the publishers at Deep Sea.

“I really found a perfect fit with my publisher,” Nicholls said, “It just really felt like a collaborative effort between us, which made the whole process very enjoyable.”

Today, Nicholls proudly displays a tangible copy of “Carcharhinus obscurus,” adorned with an illustration of the dusky shark by Dr. Jaws himself.

“This has been my favorite part of the process,” Nicholls said, motioning to his book. “That is me on paper, the whole thing. I’m inherently proud of it because it has gotten to the point where it’s tangible now, and it is something that I will always be able to look back on.”

For now, “Carcharhinus obscurus” is available online through Deep Sea, Amazon and Barnes and Noble, with hopes to break into the aquarium marketplace as an educational resource. As for Dr. Jaws, he is currently busy with research for his follow-up book.

As Nicholls’ time at the College comes to a close and Dr. Jaws prepares to enter the real world, he advises remaining students to stay passionate about what they truly love.

“In going through college, the whole goal is to learn inside and outside of the classroom,” Nicholls said. “The time spent here is a golden opportunity: Be mindful of what you want to be, be mindful in all of your choices, and never give up on yourself.”