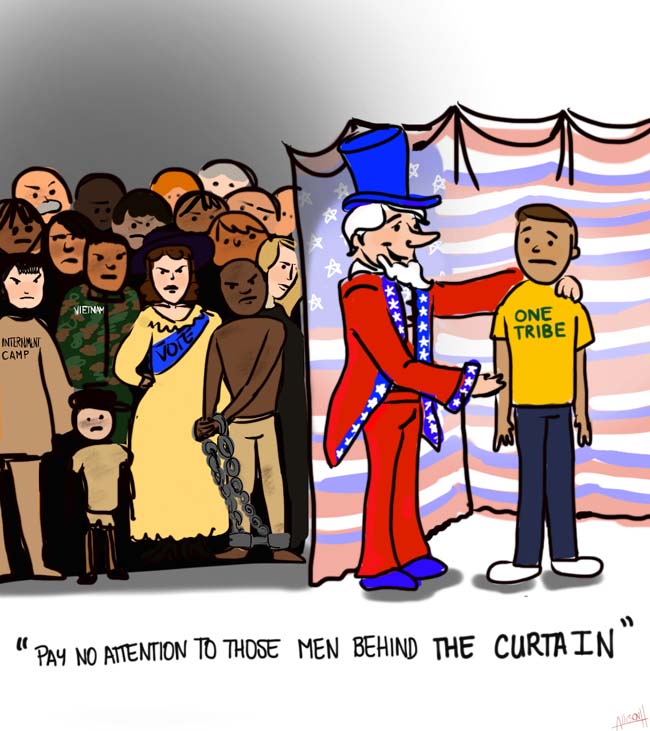 It’s a shame many Americans find history boring. I can understand why; the way it’s taught can often be reduced to a simple “that happened, then this happened, then the South seceded from the Union, and Abraham Lincoln freed the slaves.” An overreliance on bland, lifeless and safe retellings of history through committee-approved textbooks, a fear of parent backlash, and an obsession with test scores has rendered students apathetic and ignorant of what shaped their world. If we are to rescue history — and ultimately our nation — we must take a different approach to teaching history: one that emphasizes the human element and critical understanding, over rote memorization and dull description.

I took a history class last semester called “Global History since 1500” with professor Frederick Corney. I was skeptical of the class at first because I was required to read textbook chapters that initially felt too broad and uninvolved. What I took to quickly were the primary sources and Corney’s lectures, which gave the textbook readings immediacy and life. I won’t presume to say I felt one with the oppressed Incas worked to death by the Spanish in the Potosi silver mines or with the Kenyan Mau Maus herded into British concentration camps during the dying days of European colonialism, but I understood the humanity and horror of it and was forced to grasp the necessity of dealing with the darker aspects of one’s past to build a better future. Americans are dangerously lacking in this capacity.

A lifetime could be spent studying the darkest parts of America’s history, which is why many Americans get so defensive when any of it is mentioned. A nation incapable of coming to terms with its past, or even understanding it, is ill equipped for the future. For example, in order for America to deal effectively with Iran, it must remember that in 1953, the CIA arranged to overthrow the democratically elected Iranian Prime Minister, Mohammad Mossadegh, and replace him with the Shah, a ruthless dictator who was utterly despised by most Iranians. Thus, Iranians’ hatred of America makes sense through a historical context. I learned this in high school; I suspect scarce few Americans have.

A typical rebuttal of this argument is that if we teach students the worst parts of our history, we’ll be teaching them to hate and to be ashamed of their country. History taught with the humanity of all its actors in mind is not in danger of engendering shame. Only through human lenses can we see more clearly the acts of greed, cruelty and brutality but also those of generosity, goodness and heroism that shaped our nation. Americans who understand this will rarely be bored by history or want for patriotism.