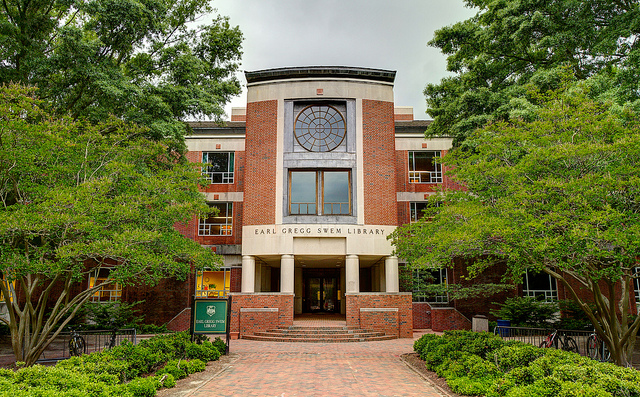 The scope of the College of William and Mary students’ knowledge of the Omohundro Institute of Early American History and Culture probably extends to the fact that it exists — maybe. This is surprising because the Institute is housed in the basement of Earl Gregg Swem Library. It is even more surprising given that the Institute has published over 200 books, many of which are now regarded as classics, since its inception. The Institute also publishes the historical journal “The William and Mary Quarterly.”

The Institute is dedicated to researching and publishing scholarly literature on North American history between 1500 and 1820. It was brought about through collaboration between the Colonial Williamsburg Foundation and the College. The presidents of both Colonial Williamsburg and the College feared that interest in early American history was waning and hoped to expand their organizations’ scopes and reputations.

The Institute was founded during the latter part of World War II. Dr. Fredrika Teute, editor of publications for the Institute, says the founding of the Institute concerned national interest, as well.

“A wider understanding of democracy was desirable,” Teute said.

In conjunction with the University of North Carolina Press — a partnership that has lasted nearly since its beginning — the Institute publishes three to five books per year. Brett Rushforth, a professor in the history department at the College, published his book “Bonds of Alliance: Indigenous and Atlantic Slaveries in New France” through the Institute in 2012. His book has gone on to win three literary awards and has been declared a finalist for a fourth award.

“A lot of [the books] get picked up and used in classroom adoption,” Teute said.

“It’s only the real cognoscenti who understand if you trot those letters out,” Teute said. “The ‘A’ is impossible to pronounce.”

Martha Howard, assistant to the director and digital editor at the Institute, believes the name change was fortuitous, as it made the Institute sound memorable.

“It’s actually quite fortunate the Omohundros have an unusual name,” Howard said.

In addition to publishing scholarly works, the Institute collaborates with the National Endowment for the Humanities to offer two-year post-doctoral fellowships to promising young scholars. The fellowship program gives recent Ph.D. graduates the opportunity to flesh out their dissertations into full-length manuscripts.

Allison Bigelow, who received her Ph.D. from the University of North Carolina at Chapel Hill in August 2012, is one such post-doctoral fellow. She believes the Institute has been instrumental in her scholarly success.

“I’ve been extremely lucky,” Bigelow said. “I gave four invited lectures last year. I published two articles, both by editors of the two top journals in my field, and what started as a dissertation has now become two separate book projects.”

Bigelow, who began her fellowship with the Institute in 2012, has been hired for a tenure-track position in the Spanish department at U.Va. Again, she credits the Institute for her professional success.

“With the market this tight, there is no way I could have gotten hired at a school like U.Va. without the Institute,” Bigelow said.

The Institute is widely respected within its discipline. Paul Polgar, another post-doctoral fellow at the Institute, says history students learn this soon after beginning their scholarship.

“You learn very early on when you see a book with the Institute imprint on it, you pay very close attention to it,” said Polgar. “Just being included in that series is a privilege and an honor.”

In addition to their writing, post-doctoral fellows at the Institute also teach two undergraduate courses at the College during their fellowships. But, as Dr. Teute explains, that’s where the Institute’s relationship with undergraduate education stops.

“The only relationship is the teaching,” said Teute. “That’s all there is.”

Despite the Institute’s more scholarly and esoteric goals, it doesn’t shy away from what Bigelow calls the “nitty gritty” of the writing process.

“I have never heard so many debates about direct object pronouns,” Bigelow said.