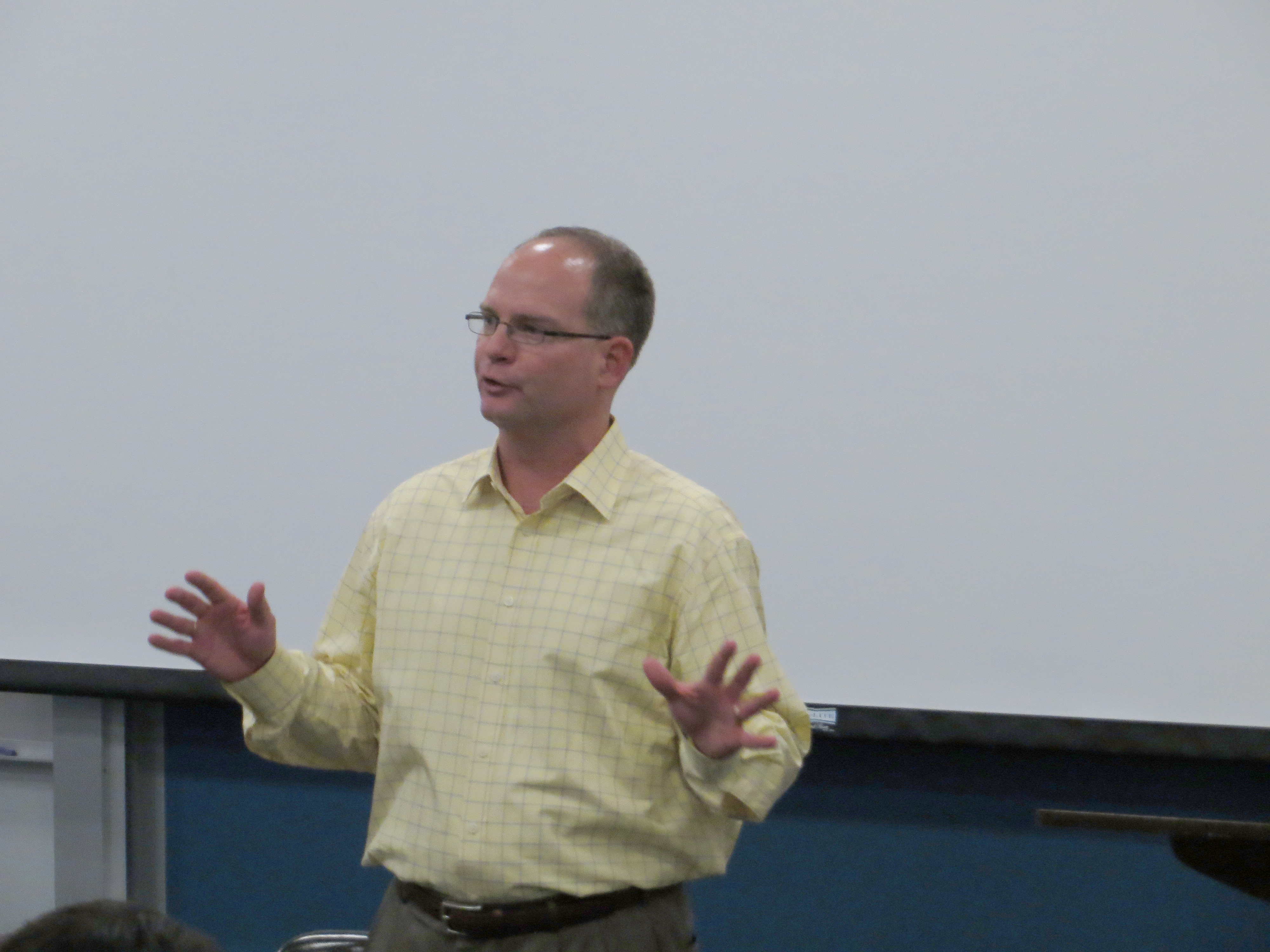 In a casual meet and greet hosted by newly formed LGBT group William and Larry, House of Delegates candidate and College of William and Mary alumnus Monty Mason ’89 spoke to students about gay rights issues Oct. 19.

Mason, a Democrat, is currently running against incumbent Republican Mike Watson for the 93rd House of Delegates district.

Mason graduated with a bachelor’s degree in government and has since remained involved with the College and its community. He currently serves as chairman of the Williamsburg Economic Development Authority and as a member of the Challenge One Strategic Planning Committee at the College.

During his talk, Mason emphatically defended LGBT rights and criticized its opponents as being antiquated and intolerant. Mason said that it is paradoxical to run on platforms of job-creation and free market strategy without also believing in same-sex benefits for LGBT employees.

“Over 50 percent of Fortune 500 companies grant benefits to same-sex partners. If we want Virginia to be an open, positive place to come live and work, then same-sex equality is a critical next step,” Mason said.

He criticized his opponent Watson as being too conservative to represent a state as diverse as Virginia, as well as other politicians like gubernatorial candidate Ken Cuccinelli.

Although he argued the Virginian government has become very conservative in recent years, Mason said gay rights shouldn’t be considered a Republican-Democrat issue, but a question of basic human rights. He said he feels optimistic about the movement toward equality.

“People are realizing that they’re our cousins, our friends, our co-workers, our acquaintances. They’re real people,” Mason said.

After giving his prepared talk, Mason opened the floor up for a casual discussion on gay rights and other current issues.

One student, Gregory Gibson ’14, asked Mason about his thoughts on the re-enfranchisement of ex-prisoners and felons.

“We have the highest percent of imprisonment in the world. … Many are black males, and the majority are in for nonviolent crimes. I think we’re still talking about civil rights in this case,” Gibson said.

Mason agreed and praised Gov. Bob McDonnell for fighting for felon voting rights. He then moved on to explain that he would also defend rights for the mentally ill if elected.

Near the end of the event, Mason thanked William and Larry for inviting him and promised to help get the first openly gay rector of the College, Jeffery Trammel ’74, to come speak to the group in the near future.

William and Larry launched this year and hopes to grow in membership and presence on campus as an organization that promotes LGBT rights and equality. President Christian Bale ’14 said they hope to make the campus even more tolerant and open to members of sexual orientation minorities.

“We’re here to make the atmosphere tolerant and welcoming,” Bale said. “We want everyone to feel that [being gay] is not weird, it’s completely normal.”