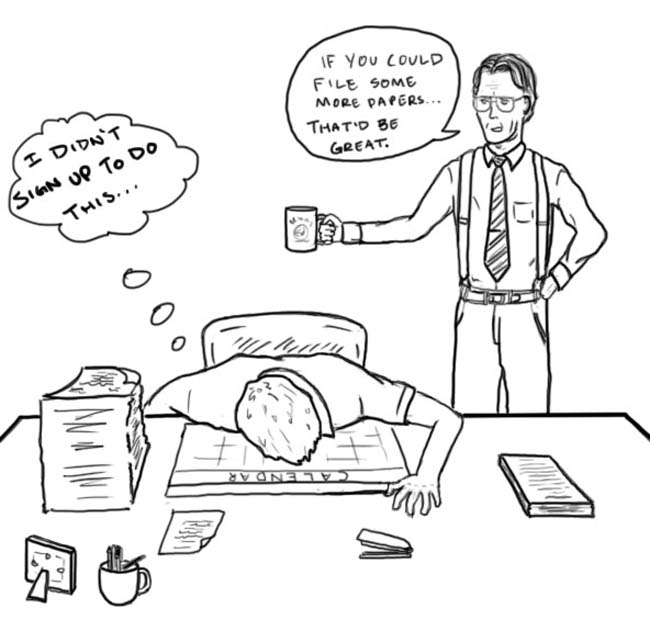 Internships for College of William and Mary students are essential for success in the current anemic job market. Not all internships are created equal, however. While many find valuable, paid internships that lead to jobs, some feel forced to take unpaid ones that may not lead to employment and may even be illegal under the Fair Labor Standards Act. A lack of federal enforcement leaves many students uninformed about the legal status of certain unpaid internships and faced with a difficult choice: take an unpaid, exploitative internship or seek employment elsewhere and possibly lose out on a chance to build their resume. As this issue will remain a grey area for the immediate future, the Sherman and Gloria H. Cohen Career Center must play a more active role in providing students with information about potentially illegal internships. That being said, students will have to decide whether these internships are worth the loss of income and potential exploitation.

Legality aside, unpaid internships — especially those at for-profit companies — pose problems for cash-strapped students. Student loans and other expenses make them unaffordable for those who could be working. Whether students even benefit from some of them is now in question: Certain for-profit internships are in violation of the Fair Labor Standards Act precisely because they are not educational or beneficial to interns. In addition, the National Association of Colleges and Employers Student Survey found that, of graduating seniors applying for jobs, only 37 percent of unpaid interns received at least one job offer, compared to 63.1 percent of paid interns. It also found that starting salaries of unpaid interns were actually lower than those with no internships.

We understand the Career Center’s dilemma. It is tasked with finding internships for students; limiting the kinds of internships it can find makes its job harder and limits student opportunities. Assessing the legality of every internship may not even be possible. That does not mean, however, that the Career Center cannot help students understand what to watch out for and the legal requirements of unpaid internships. It may not improve the outlook for many students, but they will be better informed.

While internships have helped students find jobs for decades, they are becoming increasingly essential for students. Yet many internships, especially unpaid internships for non-profit companies, offer students so little that they may violate the Fair Labor Standards Act. With the legality and benefit of many of these internships still being debated, the Career Center must serve as a guide to students, who will need to make informed judgments about their future.