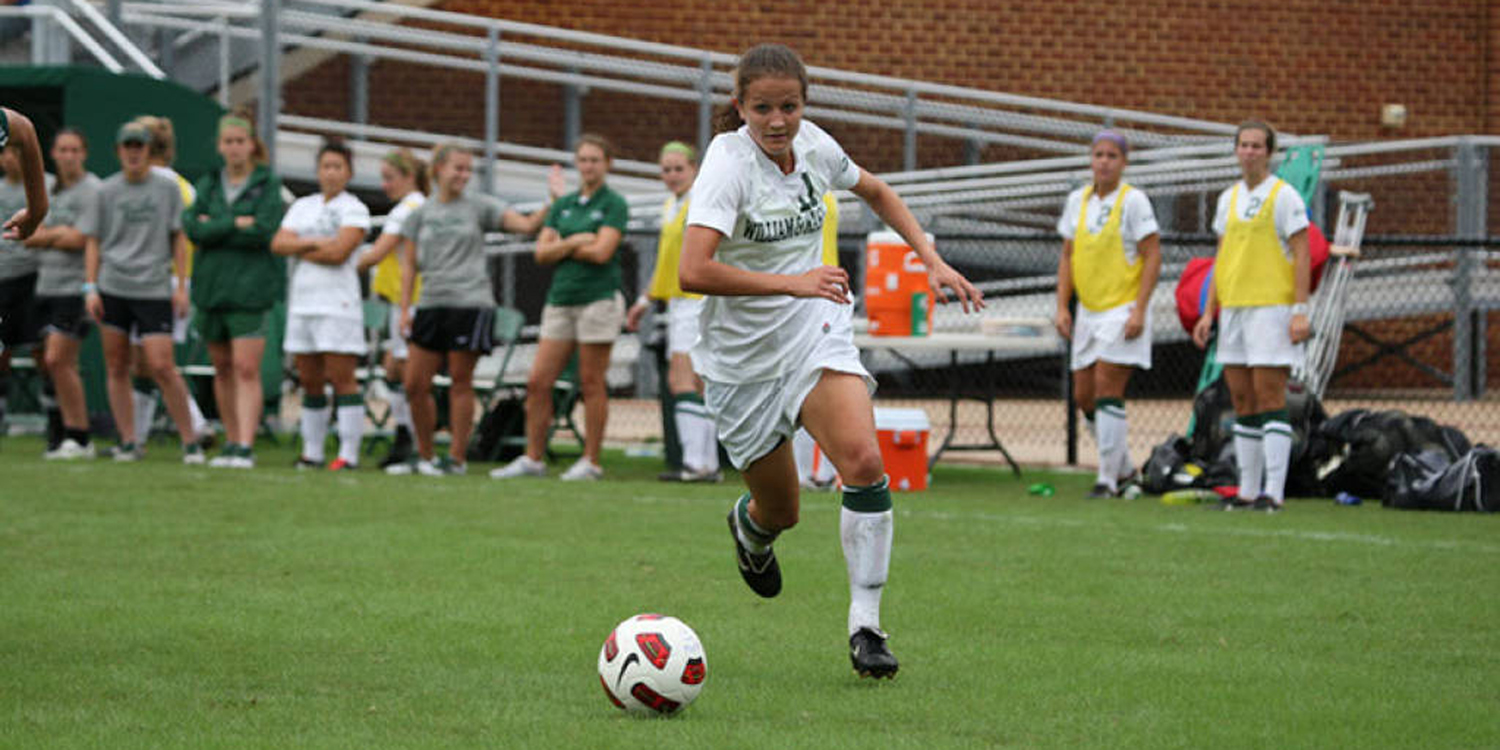 William and Mary’s season came to a bitter end Friday afternoon with the two-seeded Tribe losing in penalty kicks to three-seeded Northeastern. The loss was the second consecutive semifinal exit for the Tribe (8-3-7, 5-2-2 CAA), which rallied from a 2-1 deficit but could not find a game-winning goal in Harrisonburg, Va.

“It’s painful, ask anyone who’s played the game; the one way you don’t want to lose is on penalty kicks,” head coach John Daly said.

The match began quite well for the Tribe. Two minutes into the contest, senior forward Dani Rutter controlled a deflection on the right side of the box and crushed a shot into the net to give the Tribe an immediate 1-0 advantage.

The Tribe held the lead for the rest of the first half, with the defense smothering the Huskies across the board. By halftime, the Huskies had mustered just one shot attempt, with the College’s defense in excellent form. However, the Tribe struggled to find an offensive groove early in the match, managing only four shots of its own after Rutter’s early score.

The Tribe nearly extended its lead in the 52nd minute, but Huskies goalkeeper Paige Burnett cleanly saved a header from sophomore forward Katie Johnston. The game turned just minutes later, when Northeastern forward Haley Sinclair gathered a through ball and fired a goal from directly in front of the net. The goal tied the game 1-1 and gave the Huskies new life in the 55th minute.

Just one minute later, the Huskies struck again. Hanna Terry, who had just assisted Sinclair’s equalizer, received a pass on a breakaway. Terry sliced her uncontested shot past sophomore goalkeeper Caroline Casey into the right corner of the net, giving the Huskies a sudden 2-1 lead.

The scoring frenzy continued just moments later in the 58th minute. The goal came courtesy of Tribe junior forward Anna Madden, who corralled a loose ball in front of the net and struck it into the upper left corner of the goal. The goal pulled the Tribe into a 2-2 tie with the Huskies and set the stage for an intense conclusion.

The Tribe had multiple scoring chances in the second half, but the Huskies’ defense stood firm. Three different Tribe corner kicks into the box were deflected away by Northeastern defenders, and Burnett came up with four saves in the second half. The Tribe defense, despite its brief struggle, regrouped to allow just one shot in the final 30 minutes of regulation, forcing overtime.

The two overtime periods featured a pair of shots for each squad, but neither side was able to break through with a game-winning goal. It was deja vu for the Tribe, which was forced into penalty kicks for the second straight year in the semifinals.

“We really had enough of the ball and enough good situations to have won it,” Daly said. “We just weren’t able to get that good finish, that one opportunity to win it.  Once it got to penalty kicks, it just [became] a lottery.”

Just as in 2012, the lottery came up empty for the Tribe in the shootout. The Tribe struggled immediately, as Rutter, senior defender Ali Heck and junior defender Emily Fredrikson all missed their attempts. In contrast Northeastern’s Mackenzie Dowd and Morgan Hilby scored to put the Huskies up 2-0. Although Madden got the Tribe on the board with her shot, the Huskies’ Bianca Calderone scored a third goal for Northeastern which finished the Tribe off. The final score of the shootout was 3-1, Huskies.

The match was a bitter end to a promising and successful Tribe season. The College started out 8-1-4 overall and 5-0-0 in the CAA, but it ended up going 0-2-2 in its final four matches.