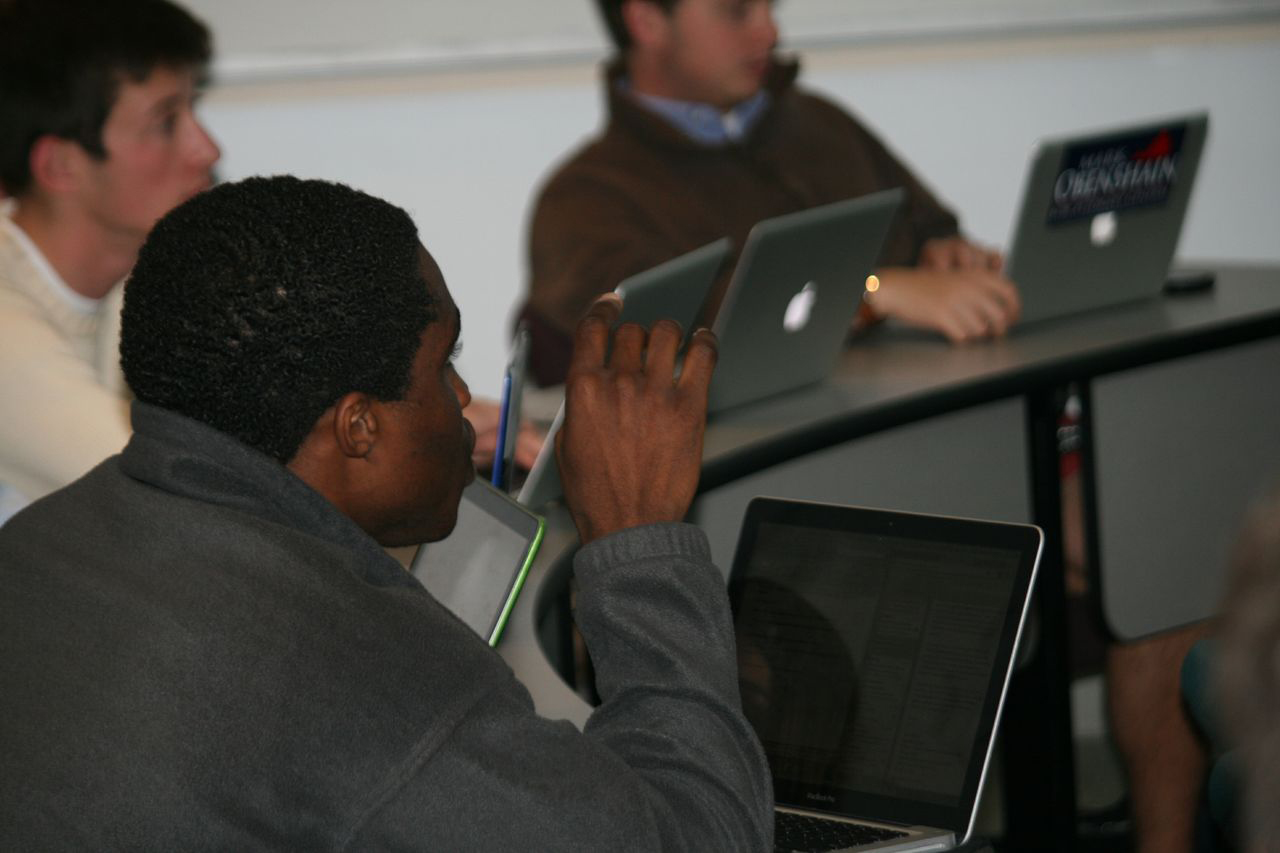 Debate during Tuesday’s meeting centered on the Wren 10 Act. The bill, introduced last week, allocated $150 for cookies and cider to be distributed at the Wren 10 concerts Nov. 13, 20 and Dec. 4.

“Part of the reason we are doing this is to offer the Student Assembly another branch to interact with students … so it kind of doubles as, ‘Here are some cookies, do you have any feedback?’” Whitaker said.

The original bill, sponsored by Sen. Yohance Whitaker ’16, designated that the cider be purchased through William and Mary Catering Services and the cookies from Food Lion.

However, following committee discussion Sunday, the bill received votes of abstention and one unanimous recommendation from the Outreach Committee. The abstentions were received due to the bill’s poorly communicated language.

The senators discussed the efficiency and expenses of purchasing the cider through catering services. The senate passed the bill with unanimous consent after the language was changed to allow the items to be purchased from Food Lion or Catering Services.

Additionally, College President Taylor Reveley’s revisions to the College of William and Mary’s Honor Code, approved in August, created the Honor System Advisory Committee. The committee’s responsibilities include reviewing and recommending Honor Code changes, approving procedural amendments of the Code and formulating levels of sanction for violations, as well as other administrative capacities.

“They’re different from the Honor Council [in] that they don’t judge on anything,” Chairman William McConnell ’14 said. “It’s a very important committee.”

During the meeting, Caleb Stone J.D. ’15 also introduced the Transparency Budget Act, which is designed to maintain the Executive Appropriations Committee appointment process.

“We really like what the executive has done this year as far as making the Executive Appropriations Committee appointment process open to the entire student body … This bill is to make sure that future administrations continue this process,” Stone said. “I’m really excited about this, I think it’s a good legacy to leave for future SA and for future student bodies.”

The bill will be discussed in committee meetings Sunday.

Other business during Tuesday’s meeting concerned the effectiveness of previously passed bills, including the Soccer Transportation Act and the Know Your Rights Card Distribution Act.

“It was a good test run to figure out the kinks we need to fix to make this a long term project … maybe in the spring for baseball and lacrosse [games],” Sen. Seth Opuka-Yeboah ’16 said.

The Know Your Rights Card Distribution Act is nearing the completion stage with labels and letters being printed next week. The SA allocated $640 dollars for the purchase and distribution of the cards in a previous meeting.

The senate also acknowledged the success of the voter turnout for Virginia’s election last week.

“I want to thank everyone for having a very successful election outreach this year,” Sen. Chandler Crenshaw ’14 said. “I know it was an off-year but I think we had a pretty good turnout and there was a lot of active turnout on campus. … Hopefully we have a solid turnout for City Council elections in the spring.”