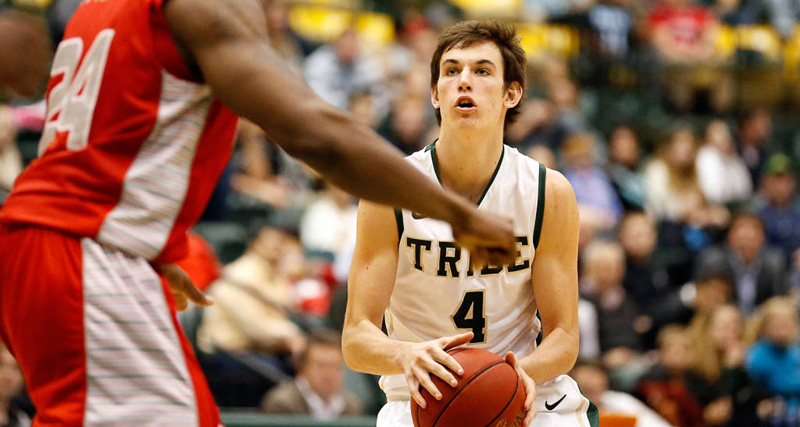 Coming off an 84-point performance against Virginia Military Institute, William and Mary (4-3) had five players score in double figures as it defeated Howard (2-7) 84-79 in overtime.

Freshman forward Omar Prewitt’s impressive freshman season continued with a career-high and game-high 24 points off the bench, scoring 10 of his points in the decisive overtime period.

The Tribe won despite Bison forward Emannuel Okoro’s 40-point night. Okoro shot 15-19 from the field, while getting to the line 10 times and converting nine free throws.

No individual player had scored 40 points against the College since East Carolina’s Anton Gill in 1994.

On the flip side, Prewitt went 5-10 from the field and 2-5 from three-point range. Prewitt’s most impressive statistic was his game-high 13 free-throw attempts, of which he converted 12. Prewitt is now the Tribe’s second leading scorer with 15.9 points per game, all while also shooting a hot 47.2 percent from behind the line.

The Tribe’s offense was firing on all cylinders, shooting 52 percent (26-50) from the floor while sprinkling in 11 three-pointers. The College also went 21-28 from the free-throw line and distributed 17 assists on 26 made field goals.

Alhough the Bison dominated the paint, outscoring the College 36-24, the Tribe’s bench-committee of one, Prewitt, came up big by outscoring Howard’s bench 24-7.

Even with junior guard and preseason first team all-CAA choice Marcus Thornton riddled with foul trouble all game, the College still led by eight points, 65-57, with 6:20 remaining in the second half after a pair of Gaillard three-pointers.

The momentum of the match, however, swung drastically when the Bison scored seven straight points and retook the lead with a pair of free throws from Howard guard James Daniel with 1:31 remaining.

After another Bison free throw brought the lead to two, Rusthoven worked his way to the line, getting fouled in the post with 52 seconds remaining. He converted both free throws to tie the match back up at 69-69 apiece.

But the College would need a miracle after Daniel once again converted free throws to make the score 71-69.

Head coach Tony Shaver turned to his leading scorer throughout the season, Thornton, who had managed just nine points up until that point, 10 less than his season average of 19 points.

With the ball, and game, in his hands, Thornton converted a difficult 17-foot jumper to tie the game up 71-71 with 19 seconds left. Okoro would then miss a tough last-second shot, sending the match to overtime.

The overtime period proved to be the Prewitt highlight reel. Prewitt scored 10 of the Tribe’s 13 points in overtime, including the opening three points that put the College ahead for good.

Following an Okoro lay-up, Thornton knocked down a key three-pointer from the wing, putting the Tribe up by four, 77-73.

After the Bison once again cut the lead down to two, Prewitt weaved into the lane hitting a lay-up and drawing the foul. Prewitt completed the three-point play at the line, giving the Tribe some room to breathe with the scoreboard now showing 80-75.

Prewitt would go on to convert four free throws over the final 1:10 while the College’s defense held the Bison to 1-of-4 shooting, leading to the final score of 84-79.

The Tribe brings its three-game winning streak into a home contest against rival Richmond Wednesday. Tip-off is slated for 7 p.m. at Kaplan Arena.