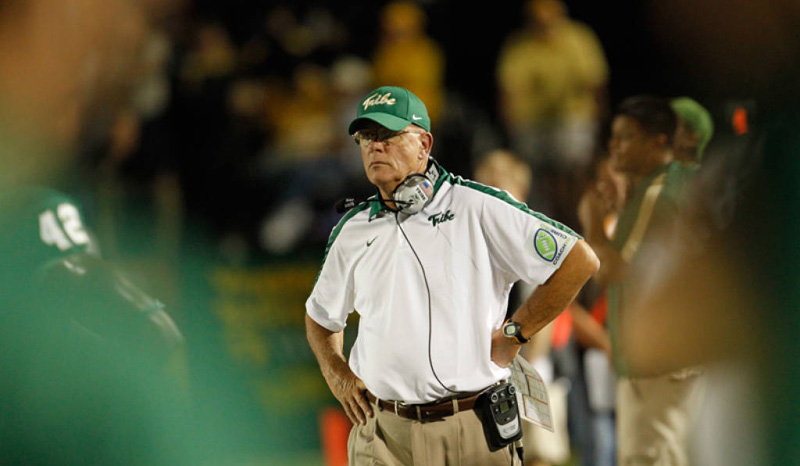 Those three games when opposing offenses couldn’t touch the end zone with a 100-yard pole.

Those three games when the receiving corps could seemingly catch anything thrown in its direction, or at least its general vicinity.

After those three games, it felt like the Tribe could do anything, beat anyone.

How did those games turn into a season-ending 31-20 shellacking at the hands of a middling team like the Richmond Spiders?

The simple fact of those three games is that a team who will be watching the Football Championship Subdivision playoffs at home this winter won them. The vicious shifts of sport were never captured more acutely than with the College’s 2013 season. Compare the first half of the season-opening West Virginia game with the last half of the Richmond game and you will be perplexed, left searching for similarities.

It’s easy to forget that this program went 2-9 last season and lost newly-minted Dallas Cowboy B.W.. Webb ’12 in the offseason. Don’t let the debacle in Richmond overwhelm the progress that the program made this season. The 2013 team restored the swagger of Tribe football.

At the start of the season, I picked the College to do no better than .500 — and even that seemed optimistic coming on the heels of two dreadful campaigns. The Tribe’s 7-5 overall record may not seem impressive for fans looking back five years from now, but, digging a little deeper, they’ll see a team that was competitive throughout. With the exception of the doldrums at Maine and Richmond, every loss could have gone the other way, while each win was resounding and by at least 10 points.

Some may quibble about specific play-calls, but head coach Jimmye Laycock and his staff deserves credit for their body of work this season. Most Saturdays, the Tribe looked like a team full of players who were conscious of their roles and intent on the win.

The breakout of a skill-position star, like sophomore running back Mikal Abdul-Saboor, may have come down to maturation more than mentoring, but surely the relatively inexperienced offensive line in front of Abdul-Saboor benefitted from intense instruction and preparation.

Ultimately the Tribe couldn’t overcome one fatal flaw: the quarterback position. Seniors Michael Graham and Brent Caprio carried the burden of the position. Each battled through injuries and showed promise in turn, but failed to stimulate an elite group of receivers with consistently accurate passes.

The College’s offense relied on a bruising rushing attack led by Abdul-Saboor, while Graham and Caprio made token passes to keep opposing defense uncertain. This combination worked until the College’s rushing attack collapsed in the thick of CAA play.

The Tribe closed out the year with two straight losses against Towson and Richmond, totaling 108 yards on 33 carries and 56 yards on 22 carries, respectively. The passing attack was finally put on center stage, and it didn’t deliver. The College converted just nine of 24 third down conversions over its final two games, not good enough to keep pace with upper-echelon CAA offenses.

To accomplish its goal of reaching the FCS playoffs for the first time since 2010, all the Tribe had to do in its final game was beat a team that came in as one of the CAA’s bottom dwellers. Of course, the Spiders played excellently, but the Tribe surely did not. The 31-20 final score hardly represented how lopsided the match was. After the final whistle at Robins Stadium in Richmond, Tribe fans left wondering what accounted for the gulf between the unflagging promise of the team and its bitter end.

Still, fans can hold on to those three straight matchups where the Tribe imposed its will on top teams. While the Tribe won’t be able to prove its potential again this season, FCS playoff teams should be thankful for the College’s absence.

After two years in the wilderness, it feels good to have the real Tribe back.