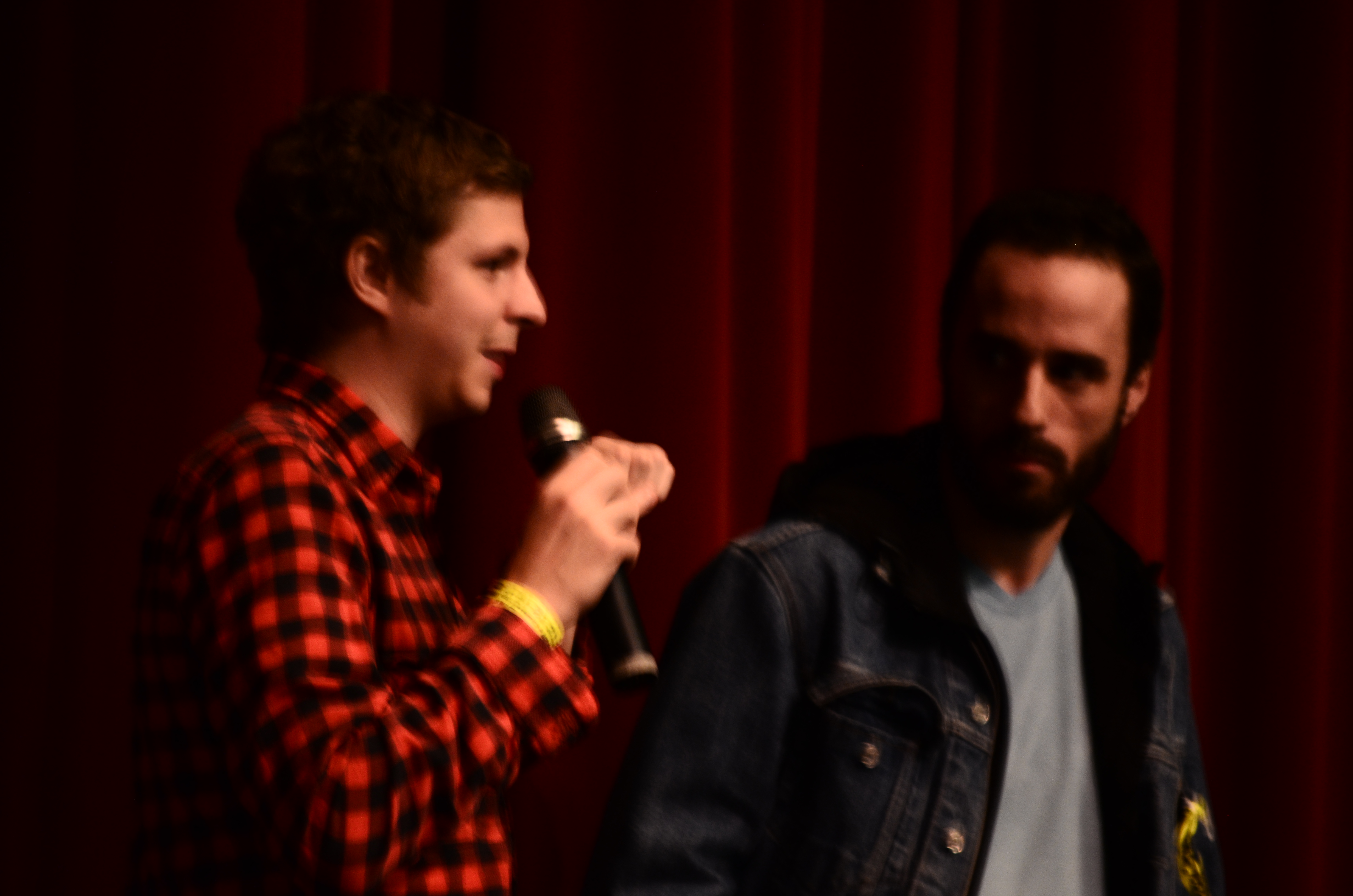 Chilean film director Sebastian Silva, wearing jeans, sneakers and a denim jacket, sat at a patio table at the Crust. It was a damp midnight, and the after party for the College of William and Mary’s Global Film Festival was in full swing. Alternating between drags of his cigarette and sips of his Busch Classic, Silva was holding court with a number of College students. Although, as he explained, it could just as easily not have been.

“I was invited,” Silva said, explaining his appearance at the Global Film Festival. “I never heard of the existence of this place until I was invited.”

Earlier in the evening, the festival had kicked off with a double feature at the Kimball Theatre. Playing to a sold-out house, two of Silva’s films — “Magic Magic” and “Crystal Fairy & the Magical Cactus and 2012” — were screened. Before both films, episodes of the upcoming web series “Gringolandia” were shown. After the screening, Silva, editor Sofia Subercaseaux and actor Michael Cera — who starred in both films — held a question and answer session with the audience.

Pointing to his red T-shirt, the text of which read “Williamsburg, VA,” Cera revealed that, much like his director, he had been unaware of Williamsburg’s existence.

“I bought this shirt in Toronto at a thrift store,” Cera said. “I didn’t know it was a real place.”

One member of the audience asked if there were any more Silva-Cera projects in the works. Cera fielded the question.

“Sebastian wants to do a play where I’m a lesbian and you see my vagina,” Cera said. There was no indication that he was joking.

Despite rumors that he might make an appearance, Cera was not to be found at the Crust after the screening.

During an intermission held between the two films, moviegoers milled around the Kimball’s lobby, jostling and vying for the food. Chilean hot dogs — a gustatory reference to “Gringolandia” — were being served for dinner, and one floor above the lobby, festival workers were hurrying to make sure the food got onto trays. One such worker was Alana Wildermuth ’12, an alumna of the College who majored in film studies. Wildermuth says that, for the film students, the Global Film Festival is just as important as the kickoff of the football season.

“The graduated film majors who don’t go to Homecoming usually come to the film festival,” Wildermuth said. “I miss this about William and Mary.”

Wildermuth currently works for WAVY-TV, a local television news station. In January she will be moving to Los Angeles, where she hopes to move away from the news industry. She wants to get more film work, hopefully as an editor.

Wildermuth may be an alumna, but many of the festival workers are current college students enrolled in the Global Film Festival class, which is offered through the film studies program. Film major Michael Burrows ’16 is enrolled in the class, although he isn’t new to festival proceedings. During time spent in Ireland this past summer, Burrows attended the Galway Film Fleadh — a film festival held in Galway, Ireland.

Although only a sophomore at the College, Burrows knows that he wants to pursue a career in film. He claims that working on the Global Film Festival has allowed him to explore his options within film.

“I’ve always thought director, but come to think of it … I’ve gained a new respect for the film festival process,” Burrows said.

In preparation for the festival, the students in the Global Film Festival class see a film every week and write a review of it. Burroughs believes that this process has given him more of a critical eye for film.

“It’s sharpened my review skills,” Burroughs said. “When you’re programming for a film festival, a review is not just ‘Did I like it?’ but ‘Will Williamsburg like it?’”

Burroughs is currently acting in a film that is being directed by Chad Kotz ’14, a classmate in the film festival class. At the after party, Kotz was acting as the Global Film Festival’s photographer, but when he isn’t busy taking pictures of partygoers, Kotz is an award-winning filmmaker, co-directing films such as “Anna Walks In,” which recently won the James River Film Festival. Kotz is slated to graduate in January, and is currently enrolled exclusively in film classes. His previous two semesters were just as film-oriented; Kotz took 10 film classes during the last academic year.

At his table at the Crust, Silva rated his time in Williamsburg a 7.6 out of 10, but he found that he had to defend himself to an incredulous student, sitting nearby.