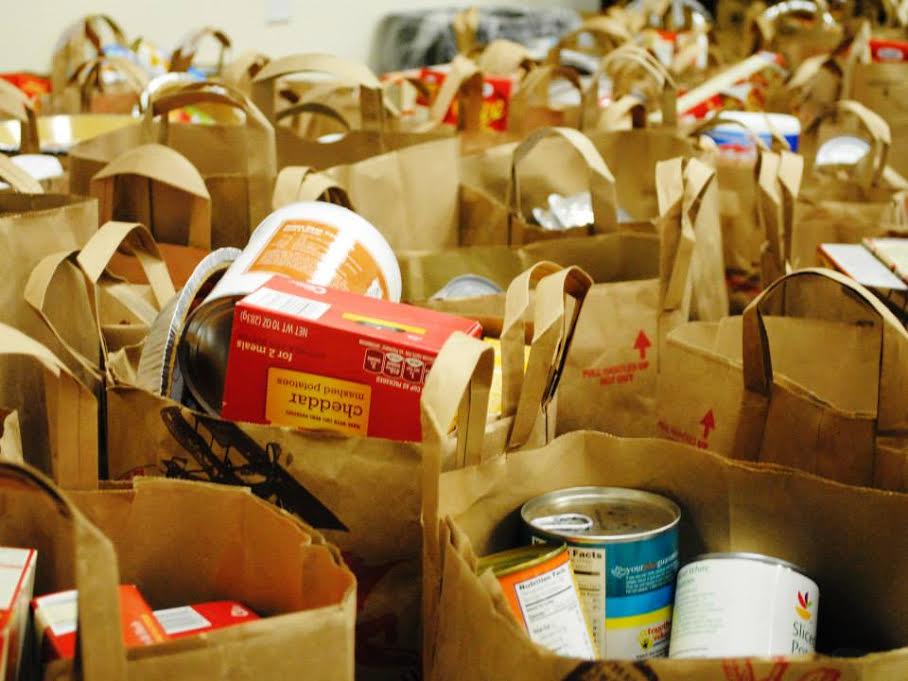 No stomach in Williamsburg was left behind on Thanksgiving. Once again, the Campus Kitchen had everyone covered.

The College of William and Mary’s chapter of the Campus Kitchen served a bountiful Thanksgiving meal Tuesday for those who could not afford it. Stuffing, green beans, cranberry sauce and more were up for grabs at the Williamsburg Presbyterian Church.

The Blayton Dinner was served for approximately 40 to 50 people. In the days prior to the event, Campus Kitchen members also handed out meal packages including turkeys and green beans to those who requested delivery.

“It is a great community event that I enjoy being part of,” Campus Kitchen Education and Programming Co-Chair Colin McDonald ’15 said. “Every Blayton Dinner is great for the opportunity to eat with the residents who really enjoy the company.”

This was no new endeavor for the Campus Kitchen. As an affiliate of the national Campus Kitchens Project, the organization has worked to combat hunger and meet nutritional needs in the community for the past five years, delivering meals to nearly 200 food-insecure residents each week.

Piecing these deliveries together has been no easy feat for the volunteers behind the scenes. For “Turkeypalooza” alone, students raised more than $500 to meet their goals. Volunteers spent hours in the kitchen preparing the food; delivering the food presented its own challenge.

Other organizations were there to lend a helping hand. The Black Law Association helped run food drives for the past few weeks of deliveries. The Williamsburg Presbyterian Church also helped by allowing Campus Kitchen members to use their kitchen not only for this special occasion but for other activities in the program.

“We love their involvement and help,” Hefele said. “We’re grateful that they let us use the kitchen because it’s not only where we cook but also where we store food and where our mentoring takes place.”

For Campus Kitchen, handing out food is simply a means and not an end for helping the community. The organization strives for a closer relationship with those in the community who can use a bit of help.

“I feel like it’s better to deliver rather than having them come to you because you actually get to see where they live and how they live,” Hefele said. “What I liked about it was that it led to personal connections.”

Campus Kitchen also runs Fun at Five, a mentoring program for children meant to encourage personal connections between College students and the children from the neighborhoods that primarily receive deliveries. Education and Programming Chair Lauren Hong ’14 said that forging relationships with these communities has made the experience meaningful.

“I got to know a lot of families in the neighborhood and see their struggles, their joys, and help break down the barriers for what we wanted to do,” Hong said. “By us being there, we showed that we’re not just giving handouts, but we’re also here to help them whatever way we can and encourage them.”

The efforts of Campus Kitchen volunteers have not gone unnoticed. Last year, the group was awarded the governor’s service award in recognition of its contributions to the community.

“It was good to see that what we’re doing in the community is actually making enough of a difference to be recognized,” Hefele said.