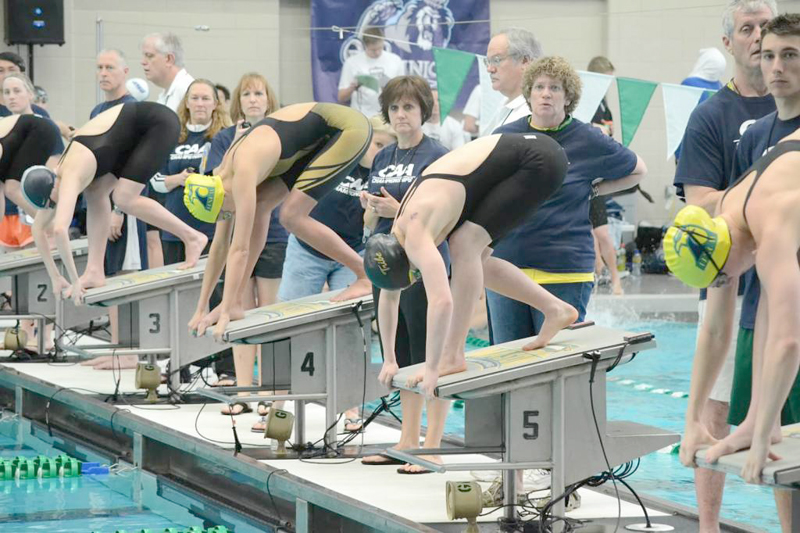 William and Mary dominated Mary Washington to win its season opener, claiming 14 of 15 events en route to a 203-58 victory. The win marked the College’s first season-opening win since 2005.

Despite the early momentum, the Tribe turned in an up-and-down performance for the fall semester. After following up the Mary Washington win with a 207-87 win over Georgetown, the College dropped its Oct. 19 meet against conference-foe Towson, 221-73.

In the Colonial Athletic Association Pod Meet, the College fared well against Delaware and the University of North Carolina-Wilmington, winning 198.5-148.5 and 195-146, respectively. James Madison, however, topped the Tribe by a large margin, 223-124.

A 162-160 loss at Duke sent the College into the Hokie Fall Invitational with a 4-23 overall record. The Tribe’s 529.5 points were good enough to top Ohio, Connecticut, Liberty and Radford. Virginia Teach (the ultimate winner of the meet), and South Carolina finished ahead of the College, which ended the meet in 3rd.

Freshman Sophia Rittenhouse swam the 200 back in one minute and 58 seconds, making a new program freshman record and National Collegiate Athletic Association provisional mark. Junior Megan Howard also qualified at the NCAA mark, swimming the 100 free in 49.83 seconds. Howard also met the NCAA provisional mark in the 50 free and 100 fly.

Look for Rittenhouse and Howard to continue to set the pace for the women’s program which will return to action Jan. 11, hosting Davidson.