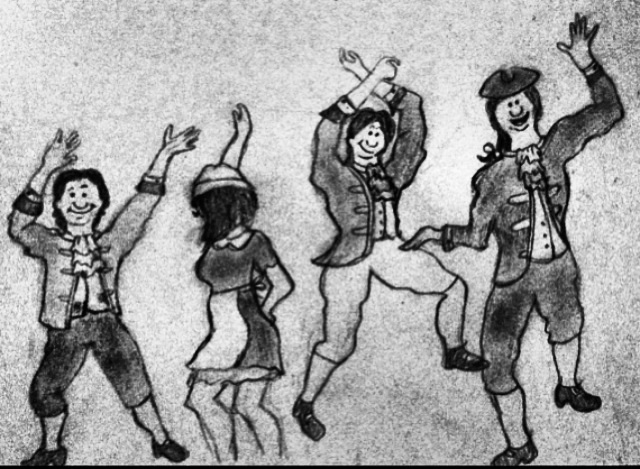 Just imagine the scene: In the cellar of the tavern by the Peyton Randolph House, colonial gentlemen and ladies kick back after a long day’s work. They dance to fifes and drums into the wee hours of the morning. After a few too many pints of ale, the judge takes his wig off, again. Look in the corner. Could that be the blacksmith courting the governor’s daughter? Oh no, we appear to be out of toddy and rattle-skull. Guess we’ll have to wait for another shipment from the motherland before we get “halfway to Concord” again. Sorry for partying like it’s 1693.

Now, these parties may or may not actually exist, but Williamsburg is wacky enough that I have a strong feeling they do.

Let’s be honest: Williamsburg, Va. gets a bad rap. The common reaction to telling someone that you go to school in Williamsburg is either a) “Oh, in New York City? Cool.” or b) “Oh. I went on a third grade field trip there. Do you see the colonial people often? That must be weird.”

There is much more to Williamsburg than the historical section — I’m looking at you, New Town — but to the outside observer, that’s difficult to see.

Most colleges and universities of our cozy size are located in small town suburbs in the middle of nowhere. These towns have two to three local bars, a few restaurants, maybe a movie theater or a mall, and definitely some townies. Sounds boring.

Williamsburg has all the defining characteristics of a typical, small to mid-sized college town, but we also have a something much more dynamic. We have sheep. We have horses and goats and ghosts and people who are paid to walk around in bustled skirts, recalling the colonial era. We have cider walks and Duke of Gloucester Street runs and field trip groups from Nebraska dodging the horse poop in the streets. Taverns and blacksmith shops. Fifes and drums. Stars and stripes. History and legacy.

An undeniably weird and wacky tourist destination, our town attracts thousands of American history buffs every year. Our 18th century friends put on a quite a show — people recognize Colonial Williamsburg as “the biggest living history museum in America.”

All this being said, in my four years, no colonial re-enactor has shown up at the Sadler Center inquiring about oats for his horses. No one wears a bonnet to class and none of my friends have side jobs churning butter on the weekends.

Student re-enactors in the College Company do come to football games and shoot off muskets when the Tribe scores a touchdown. We all funnel into Colonial Williamsburg for Grand Illumination Fireworks or Halloween ghost tours.

At the intersection of history and modernity lies our little college town. It’s quirky. But, hey, so are we.

So, next time someone raises an eyebrow when you say “Williamsburg, Va.,” ask them what makes their college town special. If they went to a small school, chances are, outside their university walls, they only had a pancake house or two. Well, we have dozens, and, on top of that, we’re smack in the middle of a unique living history museum.

We also may have wild colonial re-enactors parties.  Top secret ones.

Ariel Cohen is a Confusion Corner columnist and is desperately waiting on that shipment from the motherland.