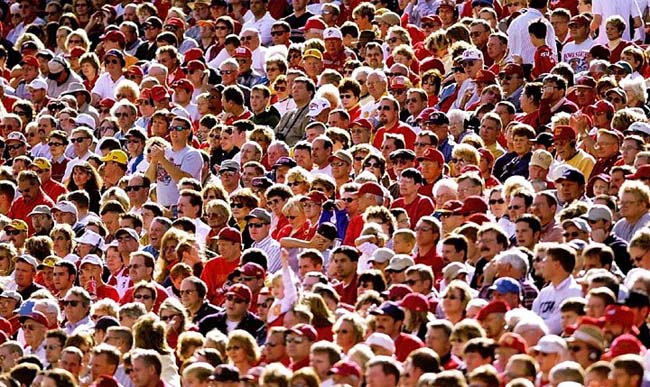 The surname ‘Fox’ is as ubiquitous within Hollywood as eating disorders and sex tapes. Overshadowed by Megan, Jamie (spelled with two x’s), Matthew and Michael J. is Dana. While you may not know the name Dana Fox, you’re probably familiar with some of her work. She’s written for feature films such as “The Wedding Date” (2005), “What Happens in Vegas” (2008) and “Couples Retreat” (2009). She’s also produced 15 episodes of the hit Fox (a befitting network) sitcom “New Girl” (2011-12), and acted as a writer/executive producer for “Ben and Kate” (2012-13). A few weeks ago, myself and twenty-something other twenty-somethings — plus three professors — gathered in Tucker Hall for an intimate Q&A with Mrs. Fox. The majority of the talk was about Fox’s career in Hollywood. However, audience members did not need to aspire to work in cinema for the talk to be illuminating. In fact, the discussion conformed to a pattern that I’ve noticed: When it comes to guest speakers and performers, the smaller (both in terms of name and venue), the better.

Last fall, I saw the Dalai Lama speak in Kaplan Arena. If you’re an upperclassman, you probably did, too.  There were 8,200 people in attendance, listening to His Holiness expound on matters as profound as the nature of love and peace. But if you’re like me, a year and a half after the talk, the donning of the green-and-gold William and Mary visor has become more existential than anything that was said.

Perhaps the Dalai Lama’s visit was disappointing for me because I was seated in the far reaches of the large stadium, requiring me to concentrate harder to interpret His Holiness’s soft-spoken broken English than a monk seeking reincarnation. The following semester I saw Kendrick Lamar — in my opinion, one of the two best contemporary rappers — perform in Kaplan Arena, and again I was disappointed. (Kendrick was especially disappointing because I know that he is a good performer. When I saw him perform previously, in a smaller venue, he was excellent.)

Last year, Ra Ra Riot was more enjoyable than Kendrick, and Bob Woodward was more enjoyable than the Dalai Lama. Blasphemous, I know, but proximity made all the difference. I saw both Ra Ra Riot and Woodward in the Sadler Center’s James Room. While the venue was by no means chic and there were fewer people present for the events, more people were able to enjoy the experience.

The same principle applied (to exponential proportions) to Fox’s two-hour visit. Fox, who visited of her own accord, shared stories from her childhood in Brighton, N.Y., her education at Stanford (as an undergraduate) and USC (in the Peter Stark Producing Program) and her diverse set of experiences in Hollywood. Fox’s story is neither divinely inspired nor engrained in American history; however, because of her quick wit and talent for speaking, her story was equally as interesting as the Dalai Lama’s and Woodward’s. The difference was that Fox was able to make each attendee feel like he or she was the only person in the room with her. Instead of standing in front of a podium, lecture-style, she sat, surrounded by students, at the head of a long table, making it feel like a casual seminar. She encouraged everyone to ask as many questions as they could muster, and she answered each of them with grace and transparency. Moreover, Fox is young and self-reflective enough to be able to provide more valuable career tips — applicable both universally and to Hollywood prospectives — than you’ll receive in a trip to the career center.