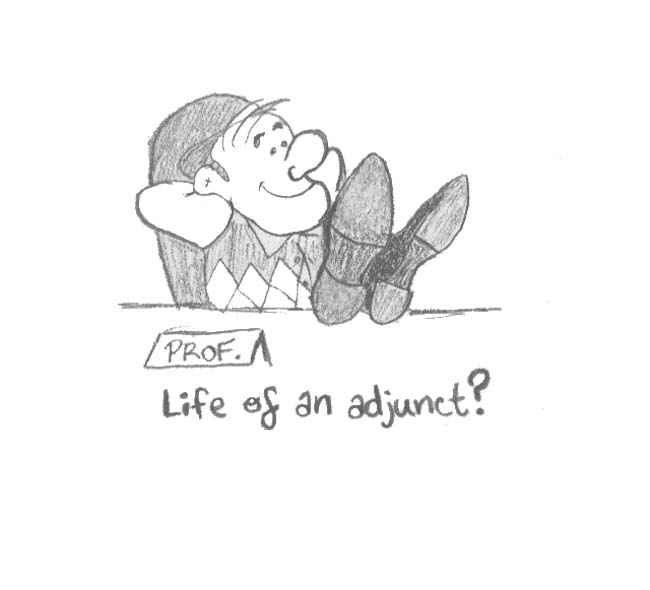 Richard Moser, a former professor at East Tennessee State University, recently published an essay condemning universities’ over-reliance on, and maltreatment of, adjunct professors. In his opinion, such practices turn colleges into corporations more concerned with making money than providing an education. Essentially, he argues that part-time professors are cheap labor, and the system is crippling academia. That’s not to say that adjunct professors are less qualified to teach; rather, that universities’ disregard for them is hypocritical.

“What lessons are being taught to aspiring young academics when they realize that all of their foundational courses are being delivered by people who earn what they did at their summer jobs?” writes Moser. “What values are being learned when those who teach and research — who esteem the intellect and hold high the values of citizenship — are apparently held in low regard by society and by the university community itself?”

I completely agree that contingent faculty members deserve a higher salary. However, I’m less enamored with his other arguments, which assert that adjunct professors have “powerful disincentives to [providing] quality instruction.” Considering these professors don’t have tenure, I would think the opposite: that these professors teach for the joy of teaching.

However, Moser argues that these professors rely too heavily on student evaluations, for it is those evaluations that determine whether their contracts are renewed. He writes that, “such a system of evaluation makes teachers vulnerable to student pressure for better grades, reluctant to teach controversial subjects, or engage in stressful disputes over plagiarism and cheating.”

Personally, I find that view insulting to both professors and students. Maybe it’s because the College of William and Mary places so much emphasis on building an academic community that values integrity above all, but I’ve never encountered a professor who twists his or her teaching style for popularity’s sake — and I’ve never met a student who wants the professor to do so. When it comes to professors, we value enthusiasm above all. Those who have a passion for their subject are the best professors, and that isn’t determined by tenure or lack thereof.

As for students wanting easy classes, I don’t think that’s the case. While we complain about the endless hours in Earl Gregg Swem Library, we recognize that difficult professors tend to teach us the most. They’re the ones who point out the mistakes so we can learn from them, and students here appreciate that. And no, these professors aren’t always tenured.

We choose classes based on the professors, but to us, it doesn’t make a difference whether a professor is adjunct or full-time, tenured or not. Most of the time, we don’t even know. For us, the most important factor is a professor’s enthusiasm.