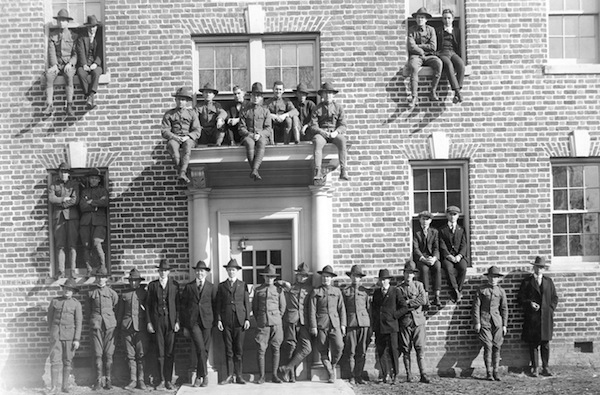 TWAMPs have a reputation of being nerdy, driven and a bit random. The College of William and Mary’s history is brimming with instances that match this quirky stereotype.

The College prides itself on excellence in undergraduate teaching and a small student-to-professor ratio. This wasn’t always the case. The College did not have a full faculty until 1729, when it finally was able to staff six professors.

Fortunately for modern students, the faculty has grown over the last 280 years.

In 1780, Thomas Jefferson made a decision that rocked Williamsburg to its core. War was raging through Virginia. Afraid of the capital falling into British hands, Jefferson moved the political center of Virginia to Richmond. This decision also transferred the power and prestige of the city — not to mention all of its funding — away from the College.

As the formerly bright star of Williamsburg dimmed on the stage of Virginia, the College continued to struggle. Classes were cancelled between 1781 and 1782 — not for several meager inches of snow but because of the British army’s invasion of Virginia.

Known today for his eloquent and frequently dismayed Facebook and Twitter posts, the Lord Botetourt statue has its own quirky history. It was at one time an extremely nomadic statue.

Depicting the particularly beloved royal governor who served before Dunmore, the statue originally stood in the piazza of the Capitol. The American Revolution — which Lord Botetourt may have been able to prevent, had he survived — left the statue in a state of disrepair.

The College bought the statue in 1797 and placed it outside the Sir Christopher Wren Building. The unfortunate likeness was forced to flee again in 1864, in the wake of yet another armed conflict: the American Civil War. As the conflict wore on, Lord Bot was hidden in the Eastern State Hospital before being returned to the College after the war.

In the 20th century, vandals struck. In 1958, the frequently targeted royal governor was placed in storage for protection. The statue now resides in the basement of Earl Gregg Swem Library in the Botetourt Gallery. A replica sits in front of the Wren Building today.

In the days before talking on the third floor of Swem became a cardinal sin, before a separate library was even built, the College’s library — along with all of its classrooms — was located in the rear of the chapel wing in the Wren Building. Within that small space, an entire class of students could peruse the shelves at a time. Fortunately, in its early days, the College’s entire student body formed only one class. One can imagine that some students still split their time between studying in the library and complaining to their friends about how much time they spent in the library.

In its early years, the Brafferton was used as a dormitory, and students who lived in the dormitories often made their own clubs. Brafferton’s residents called themselves the Indians, as it used to be the Indian school before it was a residence.

Between 1913 and 1914, the College’s repertoire of student organizations began to grow, with the formation of one group: The Tobacco Chewers Club.

Student publications surfaced towards the end of the 19th century and the beginning of the 20th century, the first being the College Monthly in 1891 and the second being The Flat Hat in 1911. The Flat Hat presented the College with the sundial that now sits in front of Swem library — though it was originally located in the rear of the Wren building.

In the world of theatre, after women were admitted to the College in 1918, they began to star in both male and female roles in the school productions, such as “Three Pills in a Bottle.”

In 1931, hangars were built at the College airport when the flight school had just begun. Amelia Earhart spoke at the College in 1933, and became an honorary member of the school’s Flight Club.

Not long after the advent of the first homecoming parade, before school spirit regarding sporting events plummeted to its current low, dormitories, houses and floats were decorated in slogans such as “Roll ‘Em Indians” or “Indian Machine” in honor of the College.

In 1960, Chi Omega sisters made a wedding cake float for the homecoming parade. Their creation was so tall that the College enacted a rule to restrict the height of all future floats.

Of course in the years since, our team name has been changed from the “Fighting Indians” to the Tribe, and our mascot is the Griffin rather than Wampo the Frequently Stolen Pony.