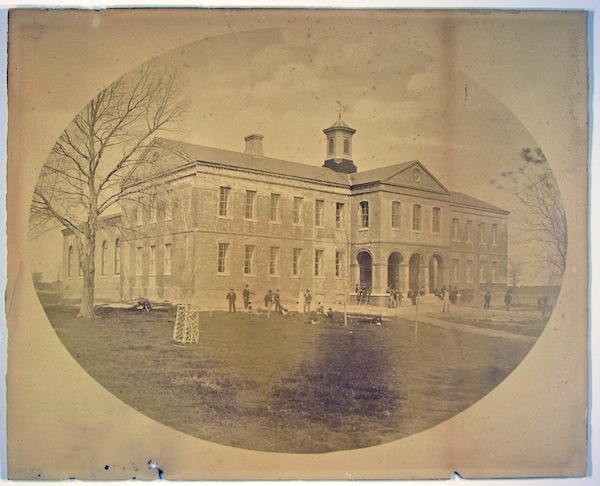 It’s a well-known fact that our student body is vastly diverse. We all have our idiosyncratic (and perhaps mildly nerdy) tendencies, but these are only part of what separates the College of William and Mary from the rest; unbeknownst to many, we are a school of firsts.

The College was the first and the only American colonial college to receive a coat-of-arms. In May 1964, the College of Arms in London granted us a coat of arms that has now become an emblem for our school, featuring buildings from both our campus and Colonial Williamsburg.

On that same note, in 1779 the College became the first college to include the study of fine arts in its curriculum. This was first dictated in the priorities of the College as formulated by President Lyon G. Tyler in 1900, and these priorities are now listed on a plaque in the Sir Christopher Wren Building.

On the field of sports, the College had its first football team in 1893. There were only three games during that inaugural season, which ended with two wins.

In 1918, the school became co-educational, and women were finally allowed to attend. These ladies took the College by storm; they created their own Women’s Student Council as well as their own basketball teams.

1926 brought the College football team’s first ever post-season game. They traveled to Chattanooga, Tenn. and defeated Chattanooga 9-6. One year later, before the precursor to Zable Stadium was built, they played their first night game under the new lights at Cary Field, which now sits underneath the Bryan Complex. The game drew the largest crowd ever for a football game up to that point.

All of the traditions we still celebrate to this day make the College especially memorable; Homecoming is no exception. The first homecoming parade took place in 1929 on a route similar to today’s. The first float in the parade, a depiction of James Blair receiving the royal charter, led the parade that year.

Just after the Sunken Garden was completed, the College held its first event there: the Finals Dance. Much like our modern King and Queen’s Ball, the dance featured a dance floor with elaborate decorations set up, with different bands featured each year.

The Yule Log ceremonies began in the 1930s, and while the Christmas dance and a few other traditions no longer survive, the Yule Log is still celebrated around Christmas to this day.

While much of our colonial past has been forgotten, our former mascot, established in 1937, was a horse called Wampo ridden by a man in Native American garb. Native American culture was often a source of celebration in the early years of the College.

The 1940s was a decade of many firsts. The first winter of that year was so cold that students could actually skate on Lake Matoaka.

Two years later, the College football team won the Southern Conference Championship. The men’s tennis team was undefeated in 1947 and won the first NCAA national championship for any college athletic team. Finally, in 1948 the William and Mary ‘Indians’ made their first ever bowl appearance in the Dixie Bowl in Birmingham, Ala. They lost to Arkansas, but the following year they defeated Oklahoma A&M in the Delta Bowl.