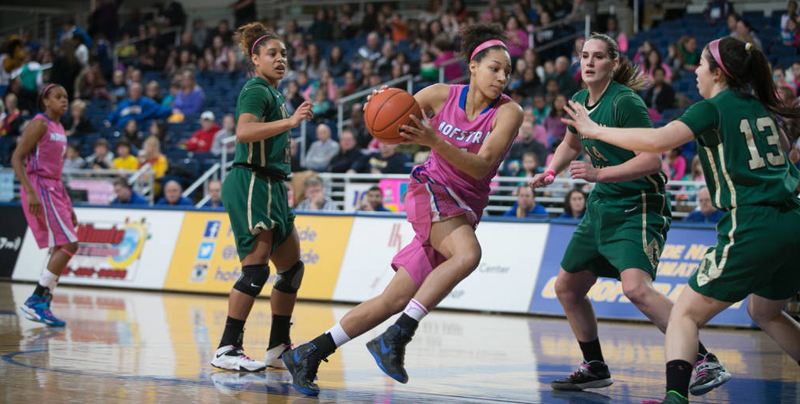 William and Mary lost 56-66 to Hofstra in New York, despite a second half rally in which they outscored Hofstra 25-24 but failed to bridge the gap.

Although the Tribe (5-16, 2-7 CAA) led 7-1 at the start, Hofstra (10-11, 5-5 CAA) led 42-31 by halftime and totaled 14 offensive rebounds in comparison to the Tribe’s eight. Junior forward Jazmen Boone led the Tribe in points in the first half, scoring 14. Still, Boone alone could not offset Hofstra’s offensive prowess.

“I thought [during] the first half we were kind of flat, especially in the defensive side and on the defensive glass,” head coach Ed Swanson said to TribeAthletics. “The second half we challenged [the] team at half time, and they came up [and] they responded. We were scrappier, we hung a little bit better on the glass, we were moving better, our offense was moving because our defense was better and our rebounding was better.”

The beginning of the second half served as a turnaround for the Tribe, opening with an 8-4 stretch. Freshman point guard Marlena Tremba scored 11 points following halftime and junior guard Anna Kestler aided the team with four assists. Tremba, Boone and junior guard Kyla Kerstetter all scored double-digit points by the end of the game.

“Jazmen had a tremendous overall game,” Swanson said to TribeAthletics. “I thought she battled terrifically on the glass. … She gave us great energy today. I thought Kyla [Kerstetter] played one of her better floor games and Marlena [Tremba] continues to do what she’s doing [which] is hitting shots.”

Buoyed by an 11-0 run midway through the second half, the Tribe surged back to take the lead with 8 minutes, 29 seconds left in the game. Sophomore guard Brooke Stewart hit a critical three-pointer to put her team on top 51-50.

Despite the energy boost, the Tribe was not able to reverse the deficit it accrued in the first half. Hofstra guard Annie Peyton came off the bench to lead the game with 19 points, part of her team’s 34 bench points, a large amount compared to the Tribe’s eight.

Rebounding has been a common problem for the Tribe this season, and Sunday’s game was no different. The Pride outrebounded the Tribe by 20 boards, 51-31.

Tremba scored 14 points on 4-11 shooting, her sixth straight double-digit scoring performance. She fell into foul trouble in the second half. Her four personal fouls limited her minutes during the final stretch of the game.

The Tribe’s record is now 2-7 in the Colonial Athletic Association, with the two wins placing them second to last in the division above UNC-Wilmington.

“We showed tremendous toughness today, but we need[ed] to breakthrough and get a big road win,” Swanson said. “We’re gonna have off tomorrow and [be] back at it Tuesday and Wednesday. We gotta continue with that energy and effort on both sides of the floor.”

The Tribe will face Northeastern (9-14, 3-7 CAA)  on the road at 7 p.m Thursday night. The matchup will be the first between the two teams this season.