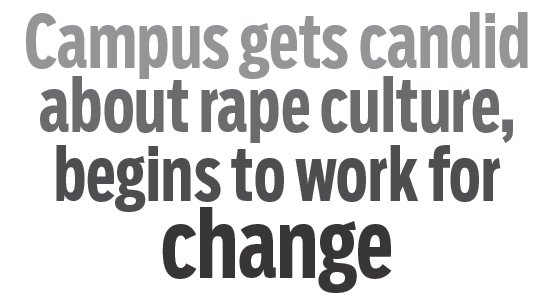 In a unanimous decision, the Presidents’ Council of the Inter-Fraternity Council voted to add a resolution to their bylaws promoting sexual assault education within the College of William and Mary’s fraternity community.

The resolution contains a pledge that member organizations of the IFC will establish annual programs focusing on sexual assault prevention and bystander intervention. Member organizations pledged to work toward the elimination of language that objectifies or denigrates any group, and to work toward the creation of an environment in which everyone feels protected against sexual assault and other forms of abuse.

“I’m very happy it was unanimously passed. … It’s terrific the community is on board with this,” IFC President Alex Greenspan ’15 said.

The resolution was written in the wake of an email originally sent by a member of the Zeta Upsilon Chapter of the Sigma Chi fraternity at the College, which began circulating on various websites Jan. 28.

Greenspan said IFC presidents held a meeting Monday, Feb. 3 to discuss the reaction to the email and to determine how to move forward. At that meeting, he said they entered into a verbal agreement to create a resolution addressing sexual assault education and prevention. The group proposed the resolution Wednesday, Feb. 5. Following the Wednesday meeting, Greenspan said presidents took the resolution to members of their respective chapters, who also voted on it.

Greenspan emphasized that the resolution reflects a consensus of the majority of all fraternity members at the College.

Greenspan said he views the resolution’s passage as a step in the right direction.

“It’s very important to me that fraternity men are leaders of the solution and not part of the problem,” he said.