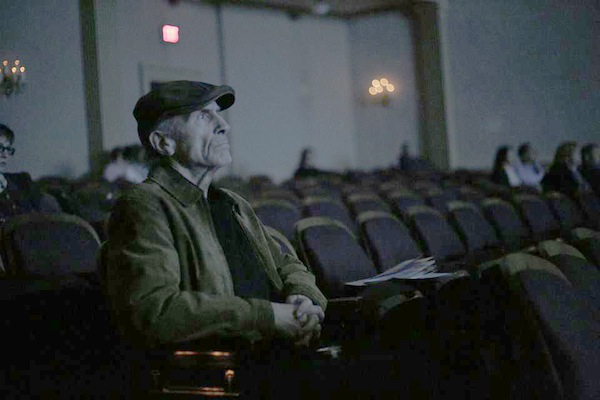 This weekend students at the College of William and Mary travelled around the world, all from the seats of the Kimball Theatre.

The annual William and Mary Global Film Festival took up residence in the Kimball Theatre this weekend to share local, foreign and student films.

In particular, the undergraduate short film contest included two films from foreign countries, films from seven different states and a number of films created by students of the College. The films could be fiction or non-fiction and had to be 20 minutes or less.

The newest feature is the festival’s enhanced global aspect. Festival organizer and professor of American studies Tim Bernard was impressed by student participation in the festival.

“It’s exciting and new. … We are launching with our new sponsor Canon Virginia; we are launching a much bigger, [more] robust student short film competition with the plans of really making this a national and international competition,” Barnard said.

The global outreach by the film festival coincided with the 25th anniversary of globalization with the Wendy and Emery Reves Center for International Studies.

The categories for the contest included Best Overall, Audience Favorite and Most Creative Interpretation of the Festival Theme: Journeys and Passages. The judges for the festival included Monica Seabert; Leon Xiao, a visiting professor from Bejing Normal University; and a teacher from a local Williamsburg high school.

The individual students from each winning team were given the prize of a brand new Go Pro Canon camera, thanks to the festival’s new partnership with Canon Virginia.

Along with the undergraduate student competition, there were numerous longer films by alumni and other independent filmmakers shown from Thursday to Sunday.

As many students slept late and celebrated Charter Day this past weekend, a silent battle was waged in Earl Gregg Swem Library. The combatants were armed with video cameras and a mission.

The task was simple: Create a two- to four-minute short film including a specified prop, genre and line of dialogue. The catch? Write, shoot, and edit your film in 24 hours or face disqualification. It was the College of William and Mary’s 10th annual 24 Speed Competition — part of the Journeys and Passages Global Film Festival to be held  this Presidents’ Day weekend.

Undergraduates and alumni competed in teams of one to six contestants. Alumni received the latest contest details via Skype.

An hour before the contest began, organizers revealed the prop and dialogue that students were required to use in their films.

The line of dialogue: “Be my fellow explorer.” The line was chosen from last year’s best film winner.

Next, each team received a different genre. The team leaders went to the front of the room and chose the genre for their team. Two genres were drawn out of a hat and each group selected its favorite — a chaotic and exciting moment for the contestants.

Some of the teams were thrilled by a lucky draw while others appeared anxious or disappointed by the choices.

At 7 p.m. Feb. 8, the contest began and the teams started their 24-hour cinematic marathon.

By the following morning, contestants had gotten very little sleep and the pressure was really on.

Many groups were done shooting by 11 a.m. Sunday, while others still had some filming to complete. All were crossing their fingers, hoping that they would make the 7 p.m. deadline.

“We have the creative kind of intelligence,” Ben Weissman ’14 said, referring to his teammates, brothers Zach Dominello ’14 and Jake Dominello ’17.

Their team came in with only that. They had no experience with camera technology and, according to them, no acting abilities. They were thrilled with their genre of heartbreak.

“We really wanted to beat our really pretentious friend, plus we had nothing going on, on a Saturday to Sunday night,” Dominello said.

Other competitors, including Sara Suarez ’15, have been participating in this competition since their freshman year. Suarez brought along her friend, newcomer Chad Kotz ’14.

For both of these teams, it was a long night.

“We went to bed at like 7:40 in the morning and woke up at 10. We spent the morning at Jamestown beach filming the sunrise … highly recommended, but we’re exhausted,” Jake Dominello said.

Suarez and Kotz’s team didn’t get any sleep at all. They stayed up all night to film in the dark.

“We made a bonfire — [both] for the filming process and also to keep warm. We’re making at least one person wear no pants,” Suarez said.

All the teams certainly came away from the competition with some memories.

Kotz confirmed that the bumper was ripped off. Suarez attested that the moment was intense.

“And I think my toe’s broken, and I’ve got to get a tetanus shot,” Kotz said.

By 7:00 p.m. Sunday, Feb. 9, the competition had come to an end and the contestants finally got some much-needed sleep.

The films will be judged by a board including Tim Barnard, writer and film producer Tanya Hermida and guest filmmakers. The top films were shown at the Kimball Saturday Feb. 15 during the Global Film Festival.