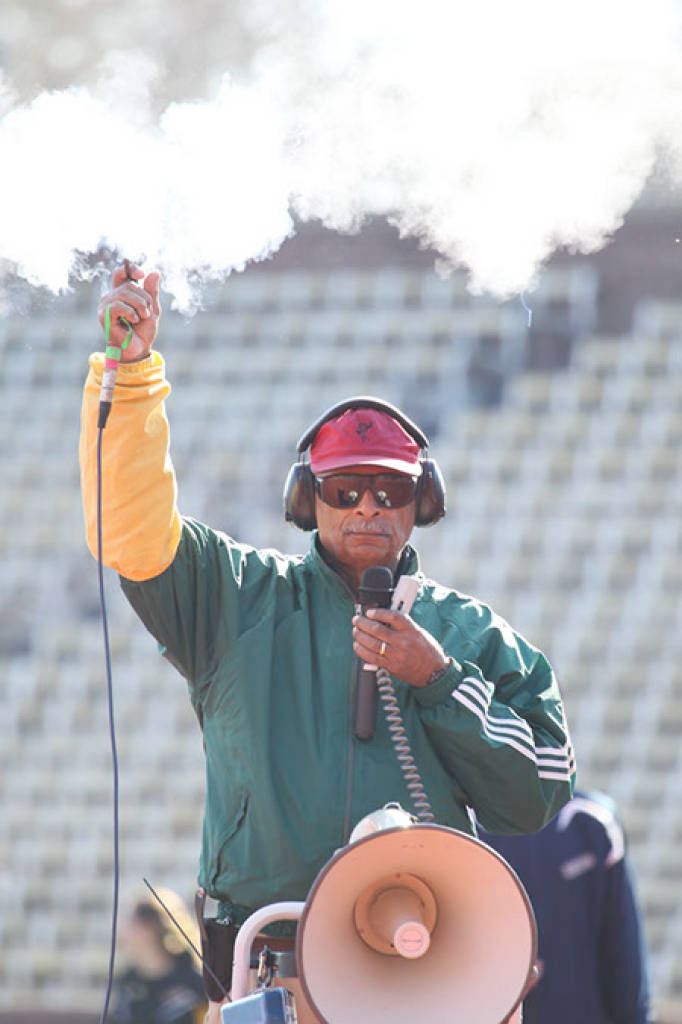 As William and Mary heads towards conference play among its winter sports, the spring sport athletes prepare for the new season.

Director Stephen Walsh sees the season as a process — one that takes shape gradually over the course of four months. When the Tribe comes to the starting line in Harrisonburg, Va. May 2 to defend its men’s and women’s Colonial Athletic Association titles, it will do so after countless hours of exertion in the quest to run faster, jump higher and throw farther.

With the end of indoor season approaching, Walsh said the short-term goal is to garner individual qualifications for the Intercollegiate Association of Amateur Athletes of America indoor championship meet on the men’s side and the Eastern Collegiate Athletic Conference championship indoor meet on the women’s side. However, the team’s main objectives are rooted in the outdoor season, which follows on the heels of the indoor season.

“Everything indoors is built on to get us to the outdoor championship,” Walsh said. “The first few meets will be relatively low-key for us, but then Colonial Relays will be when a bunch of kids start to get going. Then every weekend becomes a bigger and bigger weekend leading up to the conference championship. This year we’ll see if we can defend the title. We got the people to do it, and right now we’re getting people into position.”

The most striking aspect of this year’s team is its youth. Last year, the College’s freshmen made their impact felt at each and every meet. The most obvious example of younger team members making their mark was sophomore long-distance runner Emily Stites. This year, the new class is just as exceptional: Freshman long-distance runner Trevor Sleight finished second overall in the 5,000 meters last weekend at the Lafayette/Rider Winter Games, qualifying for the IC4A indoor championship.

“I’d say about 70 percent of our group is freshmen or sophomores, so it’s going to take some time for them to mature into a division 1 top notch athlete,” Walsh said. “But I think that’s what’s coming from this group”

The women’s long distance team is paced by a duo of All-Americans: Stites and senior Elaina Balouris. Stites finished 10th in the 5,000 meters last June at the NCAA outdoor championships, while Balouris finished 10th in the 10,000 meters at the same meet. Although they haven’t appeared in very many meets so far this year, Walsh is confident in their development since last season.

“They’re doing a great job, coming off a great cross country season,” Walsh said. “They put in great performances at Iowa State. I think they’re capable of running faster, especially since we’re tapering for outdoor. In two weeks, they should run faster which bodes well for the outdoor season to see if we can get down to the 15:40s for both of them. But I think they’re doing a great job representing the program at the national level.”

Junior Dylan Hassett attested to the positive example Balouris and Stites provide to the rest of the women’s long-distance team.

“Its a reminder that those top, elite runners [that] they’re only human,” Hassett said. “They’re just like us — we talk about our daily problems and classes and stress. If I’m there running with them, why can’t I be an elite, well-known runner too?”

The men’s long-distance team is most remarkable for its depth. Senior Rad Gunzenhauser and other veterans are joined by a collection of young accomplished runners, headed by Sleight.

“Trevor Sleight was the one who ran really well last week as a freshman,” Walsh said. “It’s a young group and we got a bunch of guys in the fold and there’s a handful of freshmen who are stepping up, so I think it’s only a matter of time for them to mature as a group, but I think it’s really starting to show. “

The College’s long-distance teams generally garner the most accolades, but the field and long sprints teams have become nearly as accomplished over the past few weeks.

“I’m a big believer in having a well-rounded program, and you can see we’ve put a lot of emphasis on the throws, jumps and long sprints, and it shows with people going after school records every week,” Walsh said.

The Tribe will need its field athletes to impress during the outdoor season if it will stand a chance of defending its conference title. One of its premier field athletes, junior pole-vaulter Elizabeth Crafford has her priorities straight.

“Our outdoor conference is definitely an ‘eye-on-the-prize’ type of thing. Last year we definitely went in knowing we could do a lot. I think it’s really unique that the conference meet brings everyone together for one specific goal, whereas in a lot of other meets its to get a personal best and less of a united feeling.”

It may difficult to sum up two teams of 50 athletes, but Walsh is quick to point out how motivated his team is to defend its title and place at the NCAA outdoor championships.

“I think the team is definitely hungry,” Walsh said. “They want to get to IC4As as an individual and as a group. They want to defend their title. A number of guys are talking about making NCAA regionals. We got a really hungry group out there, and it’s a young group that’s maturing over time.”