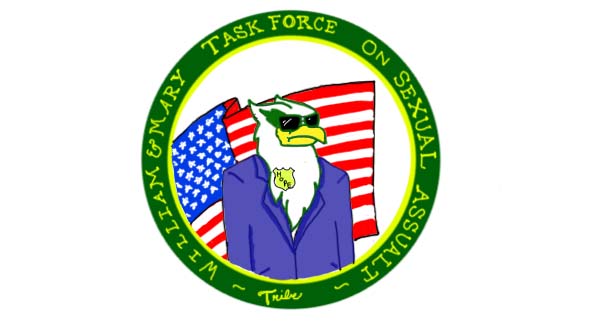 While this is a positive gesture from President Obama, we hope the task force can do more to promote national recognition of the problem of sexual assault on college campuses, advise policies which will make it easier to report attacks, and cultivate a more respectful, sensitive environment for survivors.

The problem of sexual assault has become unavoidable for both good and bad reasons. A greater willingness to discuss sexual assault openly brought startling evidence of its pervasiveness on campuses. College culture is nowhere near as open as it needs to be; in some cases college communities actively suppress reports of sexual assault, leaving justice undone. Here is one way President Obama’s task force could impact student’s lives: by providing a national mouthpiece for sexual assault survivors and student organizations like Stand with Survivors. Presidential backing of such organizations could increase the salience of sexual assault — an issue that should be devoid of partisan leanings — and convince more survivors to come forward.

Reporting incidents of sexual assault should not be an institutional nightmare. One should not have to endure more humiliation on the path to justice; rather, let us reserve that for the perpetrators. Obama’s task force must also address how colleges handle sexual assault. That means working with state governments, colleges, student organizations and survivors to develop better policies that streamline the process of reporting sexual assault, and encourage survivors to press charges and states to prosecute. The task force itself may not have legislative power, but it can breed new ideas that could become federal or state law or college policy.

We would also like the task force to recognize the complex and varied nature of sexual assault. It can happen between straight or gay couples, friends and strangers. There may be fewer male victims of sexual assault, but that doesn’t lessen their trauma or make them less deserving of respect. President Obama’s task force needs to emphasize that sexual assault can happen to anyone and be perpetrated by anyone — regardless of their clothing, physical state, gender, sexual orientation or relationship status. It may take conservative political flak for recognizing the sheer diversity of sexual assault experiences, but it will set a necessary precedent for all future administrations.

What the task force must do above all is keep the issue alive. Students generations from now will still face the threat of sexual assault and possibly suffer as today’s survivors do, but they need not face hostility, indifference or incompetence from the people charged with ensuring their safety and justice. If the problem is not consistently addressed, the nation will grow complacent leaving millions vulnerable to sexual assault, and leaving survivors in the dark. The president has his limits, though: We are all responsible for preventing sexual assault and treating survivors with the respect they deserve.