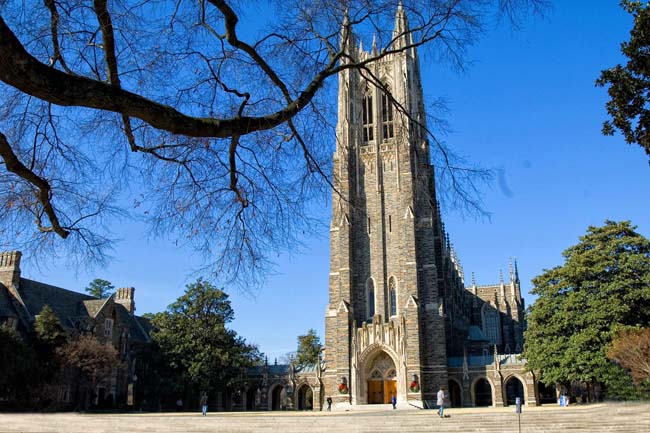 That should be the end of the story. But in an age of instant communication, it went viral. Duke’s student newspaper, The Chronicle, sat down with the freshman, beginning a conversation that spawned multiple websites and miles of comments.

Does she consider herself a feminist? Yes, but she points out many flaws with the mainstream feminist ideology. Does she really think becoming a lawyer is possible with her background? Absolutely. Why pornography? It’s liberating and allows her to express herself. She stresses that this is her choice, and she has never been coerced into performing against her will.

The story should have ended there. A freshman at one of the country’s most academically rigorous universities chooses to pay her tuition by working in the adult film industry. But her classmates couldn’t let it end there. Her true identity slipped at a fraternity party and she woke up the following morning to a slew of Facebook friend requests and hundreds of unsolicited Twitter followers.

The need to know who she is took control of not only her campus, but online forums across the country. Anyone who had slept with her — and that’s the politically correct, paraphrased version — was asked to comment. Was she that one girl in Professor so-and-so’s Monday-Wednesday class?

That need to know exactly who does what isn’t confined to her case. It’s a symptom of a sick mentality where everyone feels entitled to know everything about the guy across the hall and the girl who sits in the front row of the lecture hall.

Social media has leveled the playing field online — anyone can post or create anything. The universality of technology has also slowly worked away at something once held in high regard: privacy.

It doesn’t matter how remote your location, how weak your wi-fi connection, or how terrible your AT&T service in Williamsburg. While your physical self might be unavailable, your virtual self — your Facebook, Twitter, Pinterest account, blog — is always available, constantly sending viewers signals about your identity.

Without the need to interact in person, the lure to substitute virtual profiles for actual personalities becomes too strong to resist. A post becomes a personal declaration, an individual constitution. A video becomes an irreplaceable first impression. Readers hold authors to columns, as if the words printed are nothing short of an indestructible creed.

That should be the end of the story.