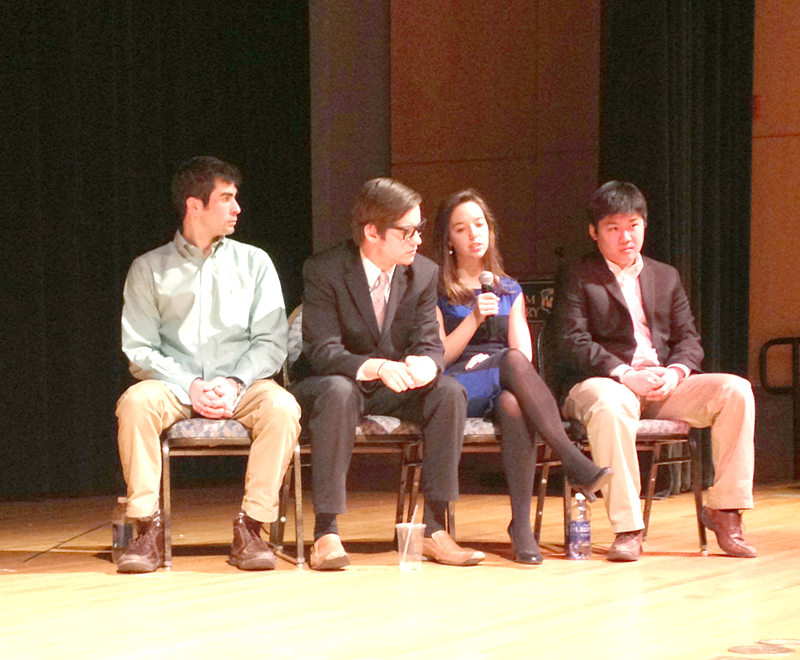 With campaigns for Student Assembly elections underway, candidate posters are plastered around campus while Facebook pages continue to gain “likes.” The next step in the election process: the debate.

“We really want to make a debate that emphasizes those specifics, because that’s going to hold [the candidates] accountable for when they eventually maybe gain the position,” Chair of the Elections Commission Ryan Brophy ’15 said. “I think it’s a great tool for voters to know and kind of be a little more informed on what they want from a candidate as well.”

In the past, SA Presidential Debates have involved a few general questions that candidates had several minutes to answer, leaving little time for discussion. This year’s debate format will deviate from past years’ use of broad questions by asking questions that focus on the specific components of the candidates’ platforms. The debate will also enforce shorter response times and allow opportunities for rebuttal.

“Last year it was more public forum style, but this year it is definitely going to be more of a real debate,” SA Chief of Staff Drew Wilke ’15 said. “Hopefully this time you can actually see people who have certain views on a certain topic kind of be shared in a more specific, direct manner.”

The Elections Commission will moderate this year’s debate instead of Chancellor professor of government Clay Clemens ’80, who has moderated in the past. Candidates will be asked to respond to two broad questions written by the Commission. After that the candidates will respond to questions submitted by members of the audience before the debate. The Elections Commission will attempt to present as many of the audience’s questions as possible in the allotted time.

These changes came out of both the Elections Commission and additional sources’ desire to make the debate more reflective of the candidates’ experience and goals, as well as to garner more student attendance at the debate.

“I think [the changes] are great. I think hopefully it will increase student attendance, students will be a little more intrigued by the format and have a better opportunity to actually participate in the debate,” SA President Chase Koontz ’14 said.

Koontz, who participated in last year’s SA Presidential Debate, also sees these changes to the debate as beneficial from the standpoint of the candidates.