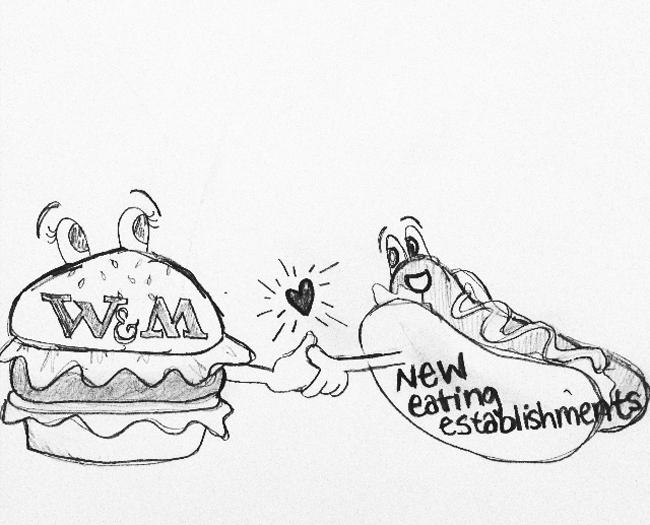 Whether or not the College of William and Mary students pay attention to the Williamsburg City Council, it undoubtedly plays an important role in students’ lives. Scott Foster ’10 JD ’14 and Doug Pons were recently reelected to the council, which is responsible for every major policy decision in Williamsburg, either directly or through appointments. It has done well for students by encouraging a slew of new eating establishments and creating the four person exception for certain off-campus houses. That said, the council needs to facilitate cooperation between William and Mary Dining and these off-campus establishments, who lose customers due to the College’s insistence on students having a meal plan for four years. It also needs to expand the three-person rule and four-person exception to make housing more affordable to students and to remove incentives for students to break the law.

The city government has created a healthy environment for new businesses by bringing several new restaurants to Williamsburg. Today, students enjoy meal boxes from the Southern favorite Cook Out on Richmond Road. Anyone venturing to New Town will find Quiznos replaced by Jimmy John’s Gourmet Sandwiches. Award-winning chef and former owner of the Trellis Marcel Desaulniers, along with his wife, opened Mad About Chocolate in the Triangle Building last in 2012. Jewish Mother Unplugged, a restaurant and venue for live music, plans to open in the Triangle Building in April. In addition, the Tribe Square restaurants were only added within the last few years. These openings would not have been possible without encouragement from the city government.

For restaurants to survive in Williamsburg, especially if they are located near the College, they need continual student business. This has become increasingly difficult as the College has required all undergraduates to have a meal plan. The city council will need to help build relationships between College Dining and Williamsburg restaurants, perhaps by encouraging the College to add certain restaurants to the list of vendors accepting  dining dollars. If nothing is done, Richmond Road establishments may take their business elsewhere, with no one to replace them.

A perennial concern for students, and surely a line in the sand for many Williamsburg residents, is the three-person rule and four-person exception for off-campus housing. Certain off-campus houses are simply too expensive for three or four students. While no students have been evicted for breaking this rule, it is only due to lack of enforcement, which could change at any time. We understand that noise is a legitimate concern, but it stems from what students do in those houses, rather than the number of students living there.

The Tribe’s influence cannot remain within the College’s confines. Students need to participate in city government not only to promote the interests of themselves and the College, but also to build stronger town-gown relations, create respect for the College off-campus, and promote prosperity and community development in Williamsburg.