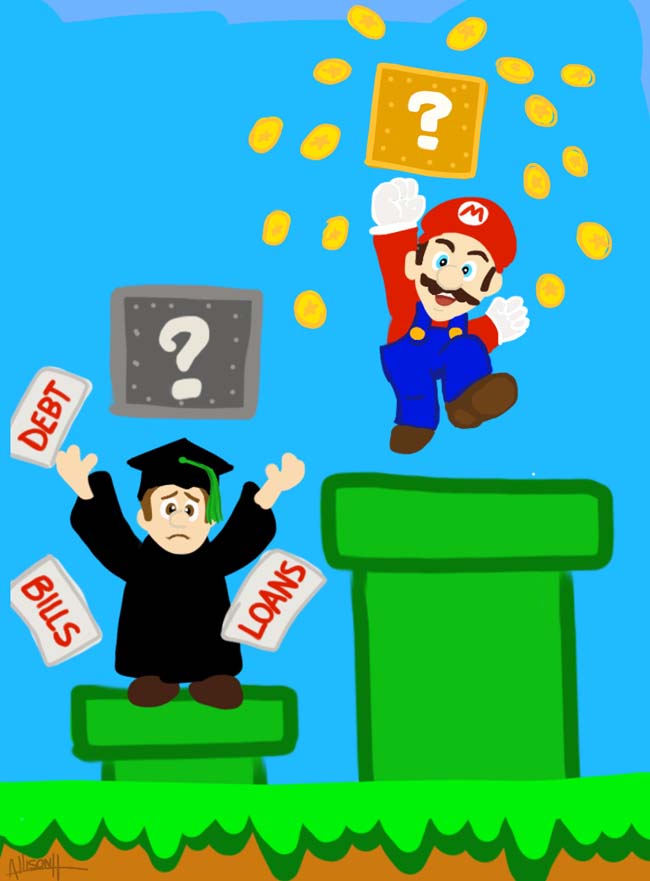 Currently in America, approximately three million jobs wait to be filled. The only problem is that those jobs require skilled labor such as machine repair, welding, plumbing, electrical work and many other types of vocational skills. Many employers throughout the United States are having increasing difficulty filling these positions with qualified and trained workers and as a result, the nation’s largest skills gap is taking a toll on our economy.

What has caused this skills gap? Our society’s emphasis on getting a four-year college education has created a stigma associated with learning a trade at a community college or becoming an apprentice. While for many individuals going to college is preferable and probably the better decision, for some it could be wise to learn a trade and fill one of those three million jobs. One could avoid the looming student loan debt, go to school for two years instead of four, and have a guaranteed job.

Many of these companies are so desperate to hire qualified labor that their starting salary is $60,000, with many positions reaching $100,000. As a society, we need to stop thinking that blue-collar jobs are somehow “lower class” or are less important than white-collar jobs. We need to get rid of the stigma that only uneducated people perform skilled labor.

The more quickly we get rid of these negative perceptions of skilled labor, the faster we can fill those three million positions with trained and qualified workers. Yet another cause of the skills gap is the issue of age. Out of all of skilled labor jobs in the United States, about 50 percent of those jobs are held by people over age 45 and about 20 percent are held by those between the ages of 55 and 64. Eventually these individuals will be retiring, and there are simply not enough skilled young workers to fill the deficiency.

How do we fix such a predicament? Use the first solution I alluded to earlier. If we as a society get rid of negative perceptions of skilled labor, those jobs would be more appealing for younger individuals to enter the field and to work in a specific trade. Second, I urge our nation to expansion of expand vocational community colleges, trade schools and apprenticeships. Many community colleges and trade schools have programs in place to train individuals, but aren’t having enough students sign up and enroll in the programs.

Also, many of these programs are underfunded by local and state governments; in order to expand and fill the skills gap, these programs need more funding and resources. to expand their efforts to fill this nation’s skills gap. Many companies have programs of their own to educate and train individuals simultaneously while paying the workers a fair wage. We need to expand and legitimize vocational classes and programs in our secondary schools because we neglect to properly fund these classes, and thus people view them as somehow less important than other classes.

If we start making some of these reforms soon, the United States can fix the problem of the skills gap and bring three million people into the workforce.