Home Variety Dance like you’re in a Jane Austen novel 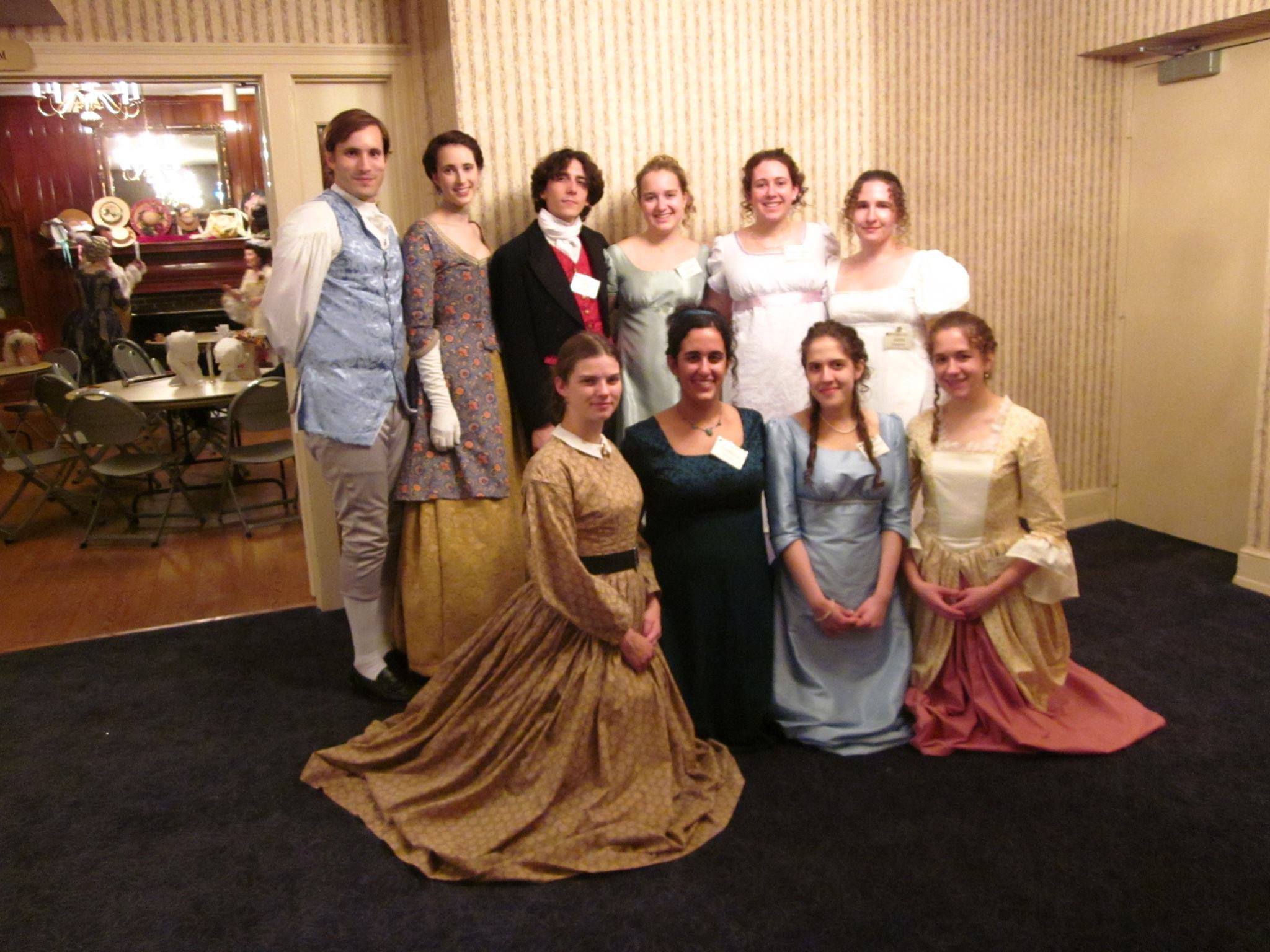 When you think of dancing, the image that probably comes to mind is the last overheated, crowded dance party your friends dragged you to. There is a club on campus, however, that offers a chance to try a different kind of dance that you probably have never imagined trying. No, this isn’t the 2014 Twerk Team. The English Country Dancing Club is a blast from the pretty distant past.

As graduate Amy Stallings ‘06 wrote in her article, “Dance During the Colonial Period” for Encyclopedia Virginia, “dancing served a recreational, social, and political purpose; being a skilled dancer was an indication of good breeding, while balls gave men and women the opportunity to express themselves through their dress, partner, and choice of dance.”

So think more Jane Austen and less “Cotton Eye Joe.” This is the type of dance the people of Colonial Williamsburg would have done on a Saturday night.

But this style of dance holds appeal beyond its long history.

“I think there’s a sense of tradition and pride in dancing sets that people have danced for hundreds of years, and pride in adding to such a tradition,” Carolyn McKenna ’14 said.

This tradition, combined with English Country Dancing’s historical significance, attracts those who are interested in history, dance or both.

In addition to having a tie to Colonial Williamsburg, this style of dance is also tied to the College of William and Mary. The club existed a few years ago, but its presence on campus faded until American studies graduate student Jenna Simpson ’07 restarted it in the past couple of years.

“I joined an ECD club in the community, the Williamsburg Heritage Dancers, as a way to meet people, and then some friends and I [restarted] the club on campus because we thought it was a fun thing that students should be doing,” Simpson said.

The current club differs from other dance clubs on campus in that it doesn’t usually put on performances, but rather dances for the fun of dancing.

“The club is a little different in that it can be as big or as little of a commitment as you want it to be, and that doesn’t make a big difference in your ability to enjoy dancing when you come,” Anthony Batterton ’14 said.

Club president Maggie Strolle ’15 welcomed me before the dancing began and told me a little about her experience with English Country Dancing. “It is an informal club, and you don’t need much experience to like the dancing,” Strolle said.

While we spoke, seven other dancers gathered in Chesapeake C. As we began, I clumsily followed the lead of my patient partners. They slowly walked me through various dances, like Rakes of Rochester and Jamaica, before turning on the music. Luckily for me, the steps were called out as they were done, allowing dancers to know what steps they should be performing. My mistakes were met with smiles, laughter and a lot of patience.

“If you mess up or misstep it isn’t the end of the world,” Danielle Bauman ’16 said. “We laugh about it.”

After a few dances, I was fully engrossed. I was suddenly a character in a Jane Austen novel, minus the pressure to find a suitable mate. The people around me moved with a grace that grinding just can’t offer and with a genuine eagerness that makes one wonder what dancing in the colonies would have been like.

“I think the fact that it has such a long heritage is interesting, but what I’ve come to really love about it is the sense of community I get through the dance, and the joy of moving through the figures — sometimes with grace, sometime with exuberance, and sometimes with both,” Simpson said.

Even if you are uncoordinated, the English Country Dancing club provides anyone interested in history or socializing an opportunity to rewind the clock and immerse themselves in living history.