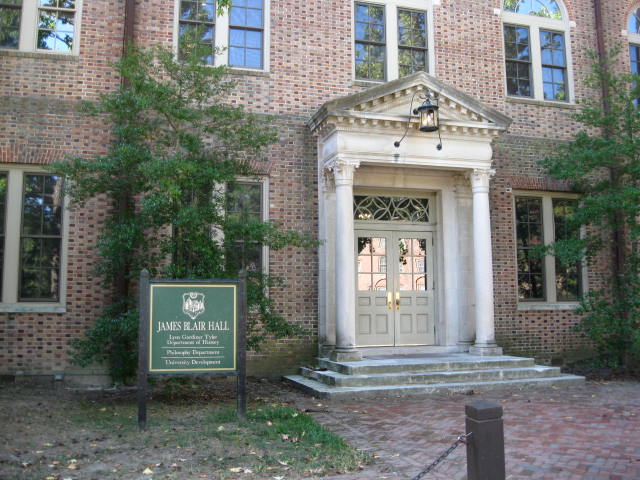 In the fall of 2010, most of the professors in James Blair Hall gave up their landline phones, a component that some consider to be one of the quintessential aspects of an office.

The philosophy and history departments, housed in Blair Hall, made the sacrifice as a way to stretch their rapidly thinning budgets. During that period, the College of William and Mary was responding to state-wide funding reductions and could not provide the departments with additional operating funds, Vice President of Finance Samuel Jones said.

Although the College as a whole was forced to be more frugal, the decision on how to limit expenses was reserved for each department to vote on. According to associate professor of history and former department chair Philip Daileader, the College’s financial woes represented the nation’s fiscal trouble.

“The first decade of the 21st century was rough financially. We hadn’t really fully recovered from the first crash after 9/11 when the second crash hit in 2008. We were already in a hole when the hole got bigger,” Daileader said. “Essentially, [we were] caught in a double bind. The money at your disposal is less and everyone is asking for more from you.”

Daileader had the idea to remove most of the phones when then-dean Carl Strickwerda gave departments the authority to determine and enact budget cuts. Daileader said he thought losing the phones would be a good way to save money because the costs were taking up about 30 to 40 percent of the department’s annual budget, even though professors only occupy the building for nine months each year.

Daileader said he was met with a lot of opposition at first. He said many professors thought phones were crucial to the office environment, even if they were rarely used. Although many initially balked at the idea, the loss of the mass phone system has saved the departments a substantial sum, history department chair Leisa Meyer said.

On average, the history department has saved $10,000 a year since removing the phones. The saved money is now used for copier fees and for professors to attend research conferences. Meyer said that certain phones remain in the building, such as one reserved for the department chair and a few for essential personnel, such as administrative workers.

“I go to three [or] four conferences a year. In terms of the cost of those conferences, [it is] anywhere from $800 to $1,500 a conference,” Meyer said. “That [includes] travel, hotel, conference registration. Faculty, in general, have to pay this out of their own pocket.”

If a professor determines he or she needs a phone, they can make a case to retain it. Meyer said that about four or five people out of the 40-person history department still have phones in their offices.

The philosophy department was also part of this initiative. In 2010, most faculty members gave up their phones, with the exception of the department chairs and certain professors who wished to keep them to make frequent long-distance calls.

Like the history department, the philosophy department also saved money. When all faculty members had a phone, Philosophy Department Office Manager Debbie Wilson reported the department spent $4,600 a year on communication fees; now, they spend $1,380 a year.

Professors in both departments said they do not rely heavily on their landlines, saying that many use email as a primary method of communication.

Philosophy department chair Elizabeth Radcliffe said she has worked both with and without an office phone, as she took on her current position after the phone removals took place.

“When I did not have [an office phone,] I really did not miss it. For me, it wasn’t a huge inconvenience,” Radcliffe said. “I did think there was something absurd about the whole thing. I would hope a major university could support a phone system.”

Some professors opted to keep their office phone. Philosophy Professor Neal Tognazzini said he kept his phone because he makes numerous long-distance calls to the West Coast and he prefers talking on a landline to talking on a cell phone. Landline phones, he believes, provide a clearer connection.

“Cell phones are fine, but they’re just not the same,” Tognazzini said. “I’d much rather have all the tools I need in the office.”

Tognazzini, however, is one of a select few.

“It’s an archaic technology,” Daileader said. “The landline was going the way of the manual typewriter.”