Home Variety The cadavers in Adair 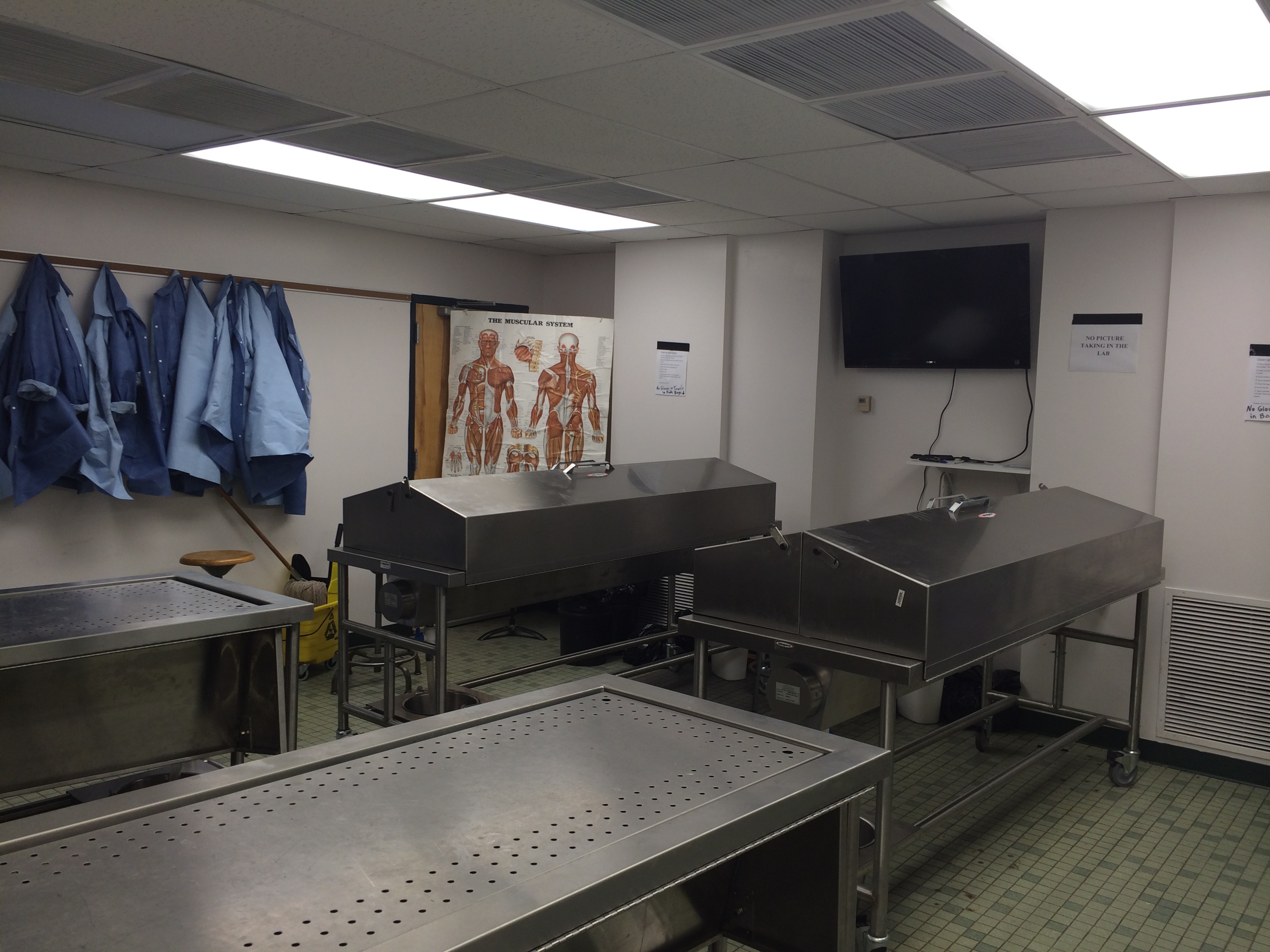 “You never see the face, which is good. If I saw the face I think I’d have a heart attack.”

Thankfully for McCall Ledgett ’17, the faces of the cadavers housed in Adair Hall are covered at all times by a white cloth. Ledgett is currently a student in the kinesiology and health sciences department’s anatomy lab, which is comprised of two evening classes: KINES 314, which is the dissection lab, and KINES 315, which uses the same cadavers.

The anatomy lab uses two cadavers each semester, received from the Virginia State Anatomical Program. The program receives cadavers from people who specify in their wills that they wish to donate their bodies for educational purposes after death. The College of William and Mary receives the cadavers after they are prepared for about a month, during which time they are filled with preservatives and fluids. After the end of the semester, the cadavers are cremated, and the remains are returned to their families, along with a thank you note from Dr. Ray McCoy, who runs the anatomy lab.

McCoy, who has been running the anatomy lab for 26 years, believes that apprehension about working with the cadavers — like the kind that Ledgett had prior to starting the course — is understandable. McCoy takes special measures to make sure that the cadavers are not too overwhelming for students.

“I cover the faces and genitalia for the first visit to make it a little less scary,” McCoy said.

He noted that a bit of fear is natural, and even appropriate.

“Everyone should feel unease at knowing that they’re going to be looking at a human cadaver and working with one.”

Despite precautions, there is the occasional student fainting — about one each year. However, McCoy attributes this to a combination of factors, such as the long periods of standing in the lab and the smell, as opposed to any fear inspired by the cadavers. The real danger, he says, is the possibility of students falling and hitting their heads. That, however, has never happened before.

As for the smell that might contribute to faints, Ledgett describes it as initially the smell of formaldehyde, but as the body begins decaying, the smell takes a turn for the worse.

“When we leave lab we can’t do anything but hang out with each other, because we all smell like dead bodies,” Ledgett said.

About 75 students take the anatomy lab each semester. One such student is Christina Lee ’15. Lee is a neuroscience major who is currently studying for the MCAT. She believes that working with the cadavers has aided her in her scientific studies.

“I know a lot of my friends who are science majors at other schools don’t have this opportunity,” Lee said.

McCoy echoed this sentiment. He says that although many graduate programs — such as medical schools and physical therapy schools — receive cadavers, there are fewer undergraduate programs that are able to incorporate cadavers into their anatomy curricula.

“There are a few undergrad programs in the state of Virginia that also get cadavers,” McCoy said. “We’re very fortunate in Virginia to have that ability to get these cadavers for undergrad education.”

Despite fears that students might have about working with cadavers, their excitement about learning first-hand how the human body works usually trumps their apprehension.

“It’s just the best way to learn, because it’s so hands-on,” Ledgett said. “I’m a runner too, so seeing all those different muscles and seeing how they fit together, seeing those things that I’ve hurt in my body before is really fascinating.”

Beyond an understanding of human anatomy, Ledgett’s experience taking the lab has given her a greater knowledge of what she wishes to do postmortem. She now plans on donating her body, so that other students can have the educational opportunities that she’s had.

“I think I’m definitely going to do that,” Ledgett said. “It’s such a cool cause.”