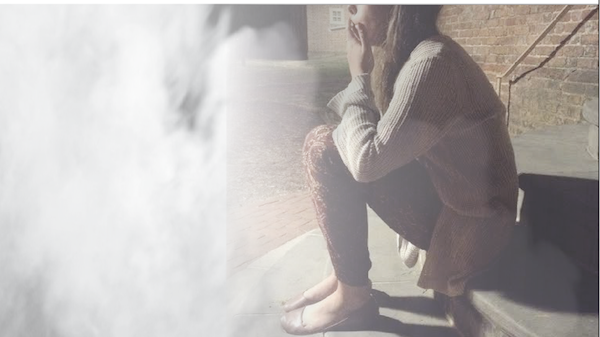 Over the past year, the College of William and Mary and the surrounding Williamsburg area have not been without drug-related controversies. These incidents have raised questions about the prevalence of drugs on campus and how different people perceive them.

Before coming to the College of William and Mary in 2009, William and Mary Campus Police Department Chief Ed Schardein worked in the city of Portsmouth for 22 years. His tenure there was marked by frequent felony heroin and cocaine arrests. His career at the College, however, has taken a very different tone.

“Overall, yes, [there are] drugs on campus, but it’s not near the problem that people would think of it as being on a college campus,” Schardein said.

Major Greg Riley of the City of Williamsburg Police Department noted that his department does not distinguish between students and other residents when making drug arrests. Additionally, city police defer to campus police when drug crimes occur in the jurisdiction of the College campus.

“The vast majority of [students at the College] are like any other college students — of course they want to have a good time when they’re not studying, but when it comes to their studies, they’re just tremendous in terms of the amount of work they’re putting into their studies and the things they’re doing,” Riley said.

While he said he believes that most students do not use drugs to “escape” a stressful academic climate, Schardein noted that is dangerous to generalize about “stereotypical drug users.”

“[Drug users] can be intellectuals,” Schardein said. “I’ve come from a varied background and some of the smartest people I know smoked marijuana. It’s just what they preferred to do. It’s not a level of intellectuality that creates for using or not using. It’s socializing, what happens in the social atmosphere. Do your friends at college use drugs? Do you want to be like your friends at college that use drugs? Do you use the drugs or do you say, ‘No, that’s not for me.’”

At the College, the prevalence of drugs became apparent to students and faculty alike when, on Feb. 22, a freshman was arrested for dealing a psychedelic drug similar to LSD that led to the hospitalization of another student.  The incident indicated a presence of drugs at the College that some may have been unaware of, highlighting that there are people who walk among them on campus that may purvey illicit drugs.

Under conditions of anonymity, a junior at the College spoke about the drug culture as he sees it on campus. From his perspective, drugs are available in a far greater abundance than most would assume because of the demand generated by students.

“You realize that the large majority of people you see have done something more than marijuana. The amount of people that have done molly, tried LSD … there’s quite a bit. [Because of] the fact that it’s illegal, you have to keep it under wraps,” he said.

Beginning his freshman year, the student said he was surprised by how many of his hall mates smoked marijuana.

“In high school I was already into the drug culture, but I was more into marijuana. … Coming into [college], right when I got here, I assumed there were very few people smoking weed,” he said. “But on my hall, there were easily five people going out at night to smoke, and even throughout the day. And of course you could go to any other hall, and it was the same.”

Popular misconceptions may guide what students consider the typical drug user, but the student said that over the course of his time here, he has come to realize that people who use drugs are like any other circles on campus. He said there is often overlap between different social circles on campus that consume drugs.

“You have people who swim, people who like Harry Potter so much they play Quidditch — it’s similar,” he said. “There’s a lot of overlap. Some people do really well in school, some people do awful. There’s a whole range.”

Health Promotion Specialist Sarah Menefee ’03 was instrumental in establishing the College’s AlcholEdu program. Contrary to the anonymous source, she said she believes that drug use among students is far less common than many people perceive.

“One thing our data shows us is that what students perceive to be ‘normal’ on our campus, really isn’t the norm,” Menefee said in an email. “For example, (from our 2012 survey, we know that) when students are asked how often they think the ‘typical student’ at William and Mary has used different substances, they greatly overestimate the prevalence of drug use.”

Vice President of Substance and Alcohol Abuse Kelly Gorman ’16 noted that planning drug awareness programs on a “zero-tolerance” campus can put organizations like HOPE in a difficult position. This year, she said they have run passive campaigns and have encouraged Resident Assistants to devote their boards to the topic.

“Definitely, compared to my friends’ [experiences] at other schools, [the drug culture is] not as bad as it could be. I definitely that there’s a lot of room for improvement,” Gorman said.

While many on-campus organizations focus on alcohol safety, HOPE has attempted to balance discouraging drug use with supporting those struggling with drug abuse and addiction.

“There’s a huge stigma attached to [drugs],” Gorman said. “There is room for us to help peers who’ve made bad decisions — that shouldn’t define them.”