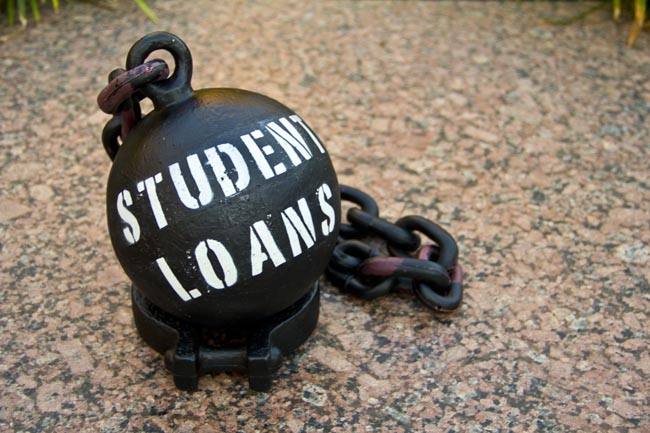 “Crisis” may seem to be the third word out of every politician’s mouth these days, but there is no substitute for describing student loan debt today.

As Mark Warner discussed when visiting campus Sept. 2, student debt in America now stands at $1.2 trillion, which exceeds national credit card debt. If that statistic isn’t mind-blowing enough, what about the fact that 40 million Americans hold student debt — a number greater than the total population of Poland? Make no mistake, this is a crisis.

Fortunately, there are a number of solutions from both parties to help alleviate the situation. Mark Warner, a Democrat and current Virginia senator, has co-sponsored the Student Right To Know Before You Go Act with Senator Marco Rubio, R-FL. The act provides families with more information about graduation rates, expected earnings, expected student debt and job prospects by requiring colleges to disclose this information, which most already collect. “This bipartisan legislation will combine relevant information in a rational way so that students and their families can access comparative information on which colleges and which majors will result in a good job,” Warner said.

However, this bill has drawn some opposition. Some Republicans are concerned over the privacy issues in having earnings and job information all collected into a single database, while some liberals in higher education argue against taking such a job-oriented approach to college, in the sense that a college education is about a learning experience rather than job preparation.

But 71 percent of college seniors graduate with student debt and the average debt per student clocks in at $29,400. That’s just too much. Education for the joy of expanding one’s knowledge is a noble goal to be sure, but let the student make that decision. Give families the information they need to make their own decisions about their limited financial resources. As for privacy concerns, those are legitimate worries, but if we design the proper legal safeguards for the database, it won’t be very different from information the IRS already has.

Certainly Warner and Rubio have taken a step in the right direction with this proposal. However, this legislation alone will not solve the issue.

There is an innovative solution that can fix the long-run issue of student loan debt, while also offering something that both political parties desire: private investment in student loans. With the current student loan process, the government — comprising 85 percent of student loans — has no idea what the value of the student is, or what the student’s future ability to pay will be. That’s scary. Think of guessing what your mortgage should be on a house you’ve never seen.

Private investment in student loans would completely revamp the current system. With taxpayer support, the government has less incentive to invest wisely than a private firm with limited resources. Think of it this way: Two students of equal standing want to take out a loan. One wants to major in ceramics and adventure games, the other wants to major in computer science and biochemistry. Financially, the government treats these two students the same. Not good.

Enter private investment. A student who would normally need a loan agrees to a contract in which they pay a small portion guaranteed, and then pay a percentage of their earnings for a set number of years. The amount a student is required to pay would be based on his or her major and continuing academic performance. So, based on future earnings risk, a philosophy student would have a larger down payment than a pre-med student. If the student’s earnings were low, the firm would lose money. If the student’s earnings were high, the firm gains money. But neither student would be saddled with crushing debt, as the low-earning student would dodge debt and the successful student could afford it.

Sure, we’d all have to choose our majors earlier. But is that really too high a price to pay?