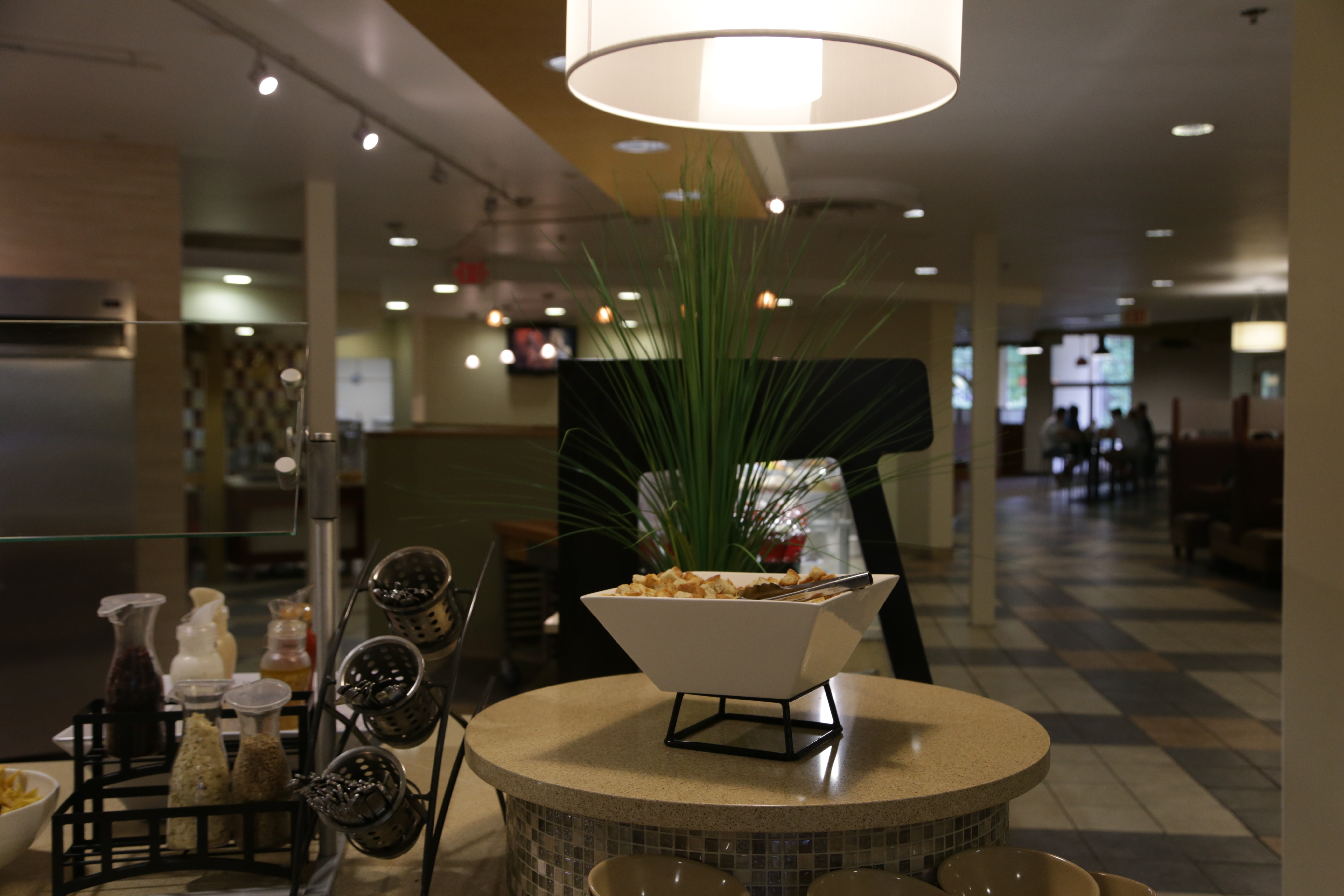 The College of William and Mary’s decision to award the dining services management contract to Sodexo USA this spring represented not just a turnover in daily operations, but the first phase of a long-term initiative to reshape the dining experience on campus.

The Statement of Needs section of the College’s Request for Proposal, dated Aug. 5, 2013, states, “The Charter of the Campus Dining Program is to grow, operate, and sustain a high quality responsible dining service that is recognized by students, alumni, guests, faculty, and staff as a world-class leader in higher education dining.”

A recent increase in revenue has strengthened the College’s dining ambitions. The increase in revenue is the result of three factors: all students living on campus are now required to purchase a meal plan, campus housing increased by 212 beds over the past fiscal year, and fewer meal plan options are offered with an increase in Dining Dollars for each plan. Sodexo’s introduction as the school’s contractor came as dining revenue moved from $13,047,620 for the 2011 fiscal year to $14,654,841 for the 2013 fiscal year through May.

According to the Food Service Capital Projects spreadsheet obtained through a Freedom of Information Act (FOIA) request, the College projects spending $11 million in capital projects related to dining services over the next 10 years, with at least $5 million of that total coming from a direct investment by Sodexo. As part of its RFP, the College outlined a required $5 million investment to be included in each candidate’s proposal.

The investment section of the RFP read, in part, “Contractor will provide an investment in the College’s Campus Dining Program to fund capital improvements to the College’s premises of $5,000,000.”

During the evaluation process, candidates’ proposals were judged partially on their vision for how best to utilize the capital infusion into different dining projects. Sodexo’s proposal contained the “general narrative that all proposed changes will include ‘completely demolishing’ each space and adding all new everything.”

“We would like to sit down with members of the dining committee to implement a renovation schedule that both complements the summer conference schedule and creates a WOW for students returning in the fall,” a Jan. 8 email from Sodexo representatives to the Dining Services Committee read.

Months of discussions between College administrators and company officials resulted in the development plan. There are some clear distinctions between Sodexo’s original proposal and the new options students have been adjusting to this semester. For instance, Chancellor’s Bistro, the full-service restaurant in the Commons, was originally slated to open in the Marketplace under the name “TJ’s.”

“Auxiliary Services and the Facilities Management teams worked closely with Sodexo to determine where to locate the concepts that they proposed in order to maximize the capital investment working within facility limitations,” Director of Auxiliary Services Cindy Glavas said in an email.

The Food Service Capital Projects projection called for almost half of the capital funds ($5.3 million) to be expended by fiscal year 2015. According to the capital projects spreadsheet, for fiscal year 2015, $1,550,000 of the total figure was allotted to the renovation of the Sadler Center retail dining options with roughly four fifths of that total going toward the “complete revision” of Lodge 1. $950,000 was allotted to the Commons for “refresh lighting, millwork, and concepts,” and $1,200,000 was given towards the “dining enhancement” of the Marketplace.

“The Capital Projects spreadsheet is merely a projection and not a guarantee and is subject to change to reflect available funding and facility needs,” Glavas said. “We will update this as part of our budget submission in the spring.”

Many of the changes listed on the spreadsheet are already apparent on campus, including the $270,534 reserved for the implementation of a food truck — the soon-to-be-released “Wholly Habanero.” Cosi’s impending introduction into the Sadler Center basement and Caf’venience’s insertion into the Student Advocacy Center in front of the Commons likely also fall under this first-year figure.

“The College will have invested close to $5 [million] in dining facilities with the completion of Cosi in Lodge One, which is slated to open in January 2015,” Glavas said.

The renovation of the Student X-Change was originally slated to be completed March 15, 2015 according to the spreadsheet, although no construction is currently planned for the venue.

Students have speculated that One Tribe Place might eventually offer an extra dining option for students since the College’s acquisition of the former hotel last spring, and $1,200,000 is listed in the capital projects spreadsheet toward “the renovation [of a] possible renovation of kitchen and dining facility” of the building for fiscal year 2016. However, the caption also references that the building’s facilities are “option #1 for catering.” The eventual use of the Hospitality House’s former 815 Grill restaurant space remains unclear.

“There are no preliminary plans for the dining facility in OTP,” Glavas said. “The use of that space and availability of funds needed for renovations has not yet been determined. The $1.2 [million] in the spreadsheet is an estimate of what we believe would be needed to renovate the kitchen space in OTP.”