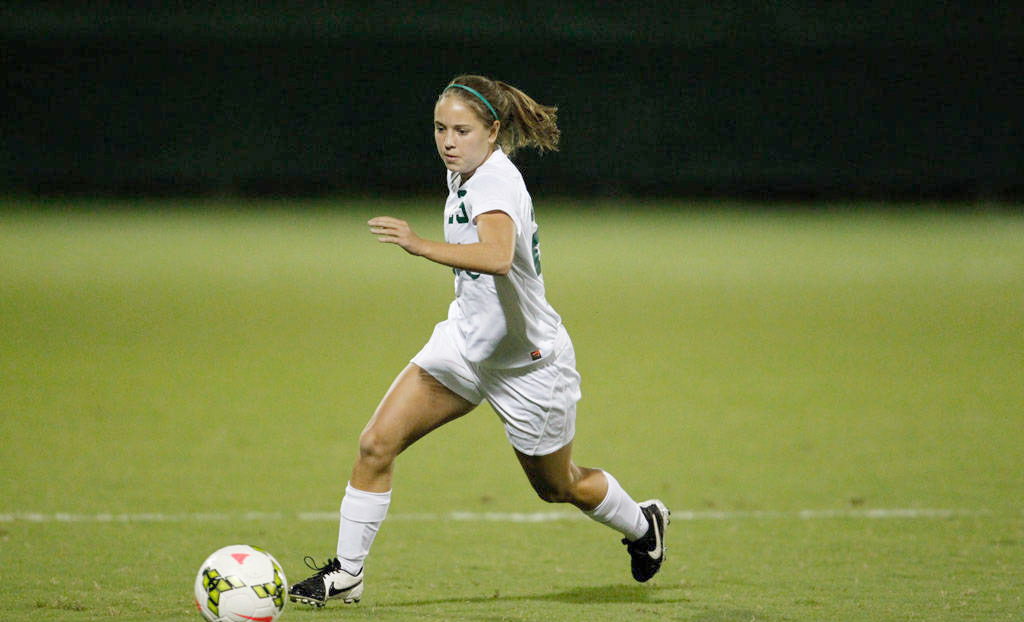 It looked just like any other normal pass back to the keeper, as a Princeton defender tried to get the ball back to reset the offense. But where Princeton saw a routine, junior forward Samantha Cordum saw an opportunity. Sprinting from midfield, Cordum raced against the keeper and stole the pass, sending in her second goal of the match, the third for William and Mary as the College (6-1-1) triumphed 4-1 over the Princeton Tigers (1-3-2) Sunday at Martin Family Stadium.

“Princeton is a much better team than the score indicates,” head coach John Daly said after the match. “They are well coached, and well organized, but we were able to keep them under control.”

The fifth straight victory certainly didn’t come easily for the Tribe, as the first half featured physical defense on both sides. Though shots were few and far between in the first half — six for each team — Princeton controlled the ball on the Tribe’s side, using a high defensive line in an attempt to draw the College offsides whenever it took possession. However, the strategy was only partially successful.

“Offensively, we definitely did a good job adapting to their defense,” Cordum said after the game.  “We got the through balls that we needed [to score] against their high line.”

It was on such a play that the Tribe earned its first tally of the afternoon. Junior midfielder Nicole Baxter sent a long ball sailing over the Princeton defense. Cordum and two Princeton defenders converged on the ball near the top of the box, but Cordum got the step ahead and slipped a low shot past the advancing Tigers’ keeper for a 1-0 lead at the twenty minute mark.

However, the Tigers were not so easily discouraged. Forty seconds after the Tribe goal, a Princeton forward took the ball down the far sideline off a free kick, then crossed the ball to another Tiger for a textbook header into the right side of the net. It was the first goal William and Mary conceded since its Sept. 10 matchup against Richmond. Overall, Daly said he was pleased with the defensive effort, but still sees room for improvement.

“I was a little disappointed we conceded that goal, and though we haven’t conceded goals, we have conceded a lot of chances,” Daly said.

The College nearly took back the lead in the 21st minute, as Cordum received a perfectly placed pass from freshman forward Sami Grasso. The ball skipped past the diving keeper, but sailed just wide of the net. A similar chance came at the 26th minute on another through ball from senior forward Anna Madden, but Cordum’s shot sailed high.

Finally a Tribe attack hit home with a through ball to Cordum at the 30th minute. Once again, Cordum raced against two Princeton defenders for the ball, colliding at the top of the box. A defender crashed to the ground, while the other hesitated, surprising Cordum.

“I definitely expected to hear a whistle,” Cordum said. “But I saw the keeper wasn’t in a good position, then I saw Anna was wide open.”

Cordum recovered quickly from the impact, and sent the ball over to Madden streaking down the near sideline. Madden fired the shot in stride, propelling the Tribe to a 2-1 advantage. Junior goalkeeper Caroline Casey made a terrific save in the 38th minute to keep the College lead.

The Tribe outshot the Tigers 13-4, with Cordum’s second goal effectively sealing the game. Senior forward Emory Camper added an insurance goal in the 76th minute off a pass from freshman midfielder Elysee Branton.  The Tribe owned the possession time, and did not allow Princeton to gain any momentum.

Cordum was named CAA Player of the Week for her performances against Davidson and Princeton. She recorded seven points total, with five of those points coming against Princeton in a career day for the junior.

Up next for the Tribe is Colonial Atheletic Association opponent Northeastern (5-3-1), this Friday at 7 p.m. at Martin Family Stadium.