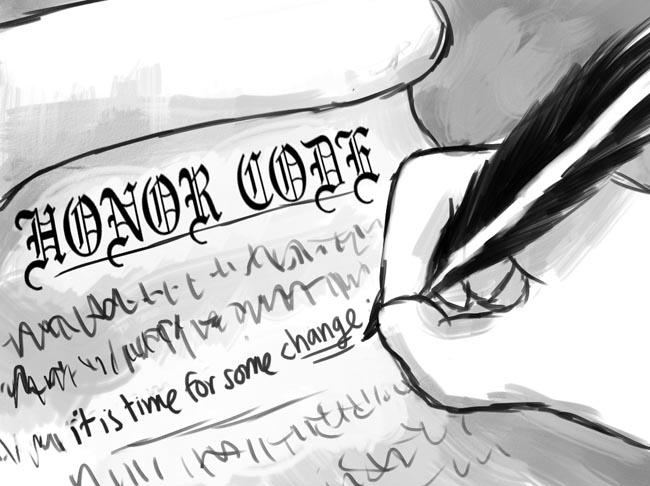 The Honor System is one of the oldest institutions at the College of William and Mary, but even it needs periodic updates and revisions.

Continuing last year’s modifications, three revisions went into effect this semester. Two of these extended the early resolution option and tiered punishment levels to include cases of lying and stealing, rather than only cheating cases. Additionally, the third revision introduced a three-person panel option, instead of a six-person panel, to adjudicate cases.

Overall, we believe these changes will help students accused of infractions and make the Honor Council’s duties easier. This year’s revisions, like those enacted before them, were unrushed and their implementation was delayed for one year after last year’s extensive revisions. In waiting, the committee could speak to Honor Council members and others about how the original revisions affected the system before extending them to more Honor Council cases.

Additionally, while the Honor System Advisory Committee’s revisions make the system more complex, they provide more options for students going through the process, as well as for faculty coming forward with cases and for time-crunched Honor Council members. Shorter processes alleviate stress for all parties involved. The new, tiered sanction system gives the Honor Council more leeway when punishing minor infractions which may not warrant suspension. Ultimately, the Honor Code derives its strength and effectiveness from our willingness to engage with the Honor Council.

This greater flexibility is also seen in the optional three-person panel. When suggested by the chair, this option allows the council to meet more effectively during breaks. The faster adjudication process allows students to move forward with their cases if they, and the chair, see it as the best option.

However, one problem with this option is that some accused students who would prefer a six-person panel are denied it due to extenuating circumstances. While this will most likely occur rarely and will affect a relatively small number of students, it is still disconcerting that some students may face a three-person council rather than the traditional six-person one if they request the latter. Overall, the Honor Council should not prioritize convenience over student choice and should opt for the three-person panel as rarely as possible, rather than making it the norm.

HSAC’s revisions will ultimately benefit accused students and the Honor Council, creating flexibility, better protecting student rights, and strengthening the Honor Code. Discussions regarding the Honor Council election process are just beginning. Although no proposals or suggestions have formally been made, the parties involved are looking forward, unafraid to modify an institution swaddled in tradition. While our institution prides itself on tradition, change is good, and the recently-introduced revisions and continuing discussion are moving in the right direction. Keep up the critical eye.