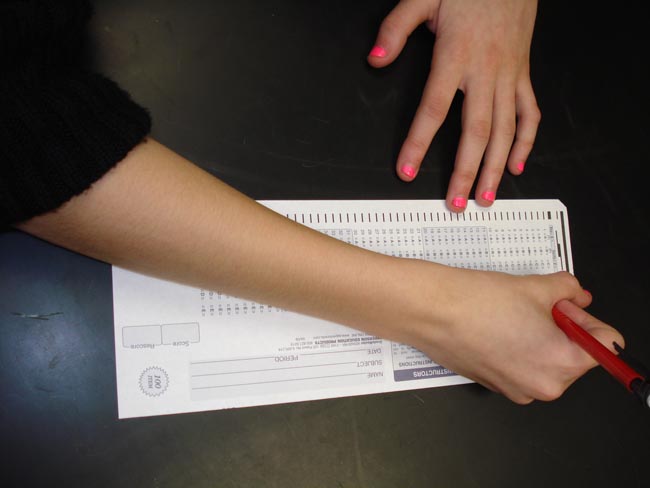 The phrase “test-optional college” tends to carry a negative stigma. People seem to believe that, in some way, a college’s decision not to judge applicants based off a miserable four hours on a Saturday morning make it a worse institution. Yet this is not the case. A college’s prestige does not deserve to be impacted just because it does not mandate applicants to submit SAT or ACT scores.

The biggest advantage of standardized tests is that they are a quick and easy way to compare a large group of applicants. But as a small school with a liberal arts core, the College has the time and ability to evaluate all applicants individually and to define them as more than just a test score. The College could focus more on applicant interviews, essays and teacher recommendations to evaluate students. By ignoring standardized test scores, the College would be able to get a better feel for its applicants and incoming class.

Not only do standardized tests fail to show the strength of a student, they are also biased and often do not accurately display intelligence. Different ethnic groups’ average scores vary by as many as 100 points per section. A similar gap can be seen between genders, especially in regards to men outperforming women in the math section. Plus, some students simply aren’t good test takers and will perform poorly on tests despite being bright. Standardized tests often unfairly represent a student’s true intelligence.

One common fear is going test-optional will reduce the College’s academic standing. This is simply not the case, as going test-optional could potentially improve the prestige of the College. Often, a college sees a sharp increase in applicants after choosing to make its application test optional. For example, after going test optional, Ithaca College saw an increase of about 2,000 applications. Admittedly, many factors may have played a role in the rise of applications, so it is hard to definitely say how much of this growth can be attributed to the decision to go test-optional. But many other colleges experience a similar increase in applications after going test-optional. Thus, by making tests optional in the application process, the College could become more selective, helping to improve its ranking in many publications. Additionally, should the College ever decide to expand and increase enrollment, having more applications would allow it to do so without sharply increasing its acceptance rate over the current level.

In life, it is better to be proactive rather than reactive. So, rather than watch idly as the ranks of  test-optional colleges continue to grow, the College should get aboard early. That way, the College can gain an application boost and reap the benefits of becoming test-optional before many other schools do. The SAT and ACT are unfair, archaic methods that do not accurately measure students’ intelligence. Instead of relying on these outdated metrics, the College should focus on other  data, such as information gathered in interviews and an applicant’s high school GPA, to gauge whether a student is a good fit to become a member of the Tribe.