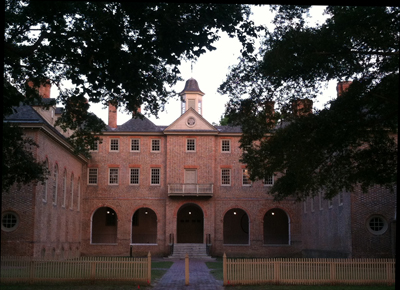 After a ten-year hiatus, Catholic Campus Ministry has brought Mass back to the historic Wren Chapel.

The move to Wren provides additional Catholic services on Wednesdays and Fridays at 12:05 p.m. and offers a more central location for students and faculty than St. Bede’s Parish, which is located on Harrison Avenue.

CCM resumed Masses in this venue due in part to Pope Francis’s objective of new evangelization. According to Father James Glass, Chaplain, all community members are welcome to attend these services.

“One of the things our new Pope Francis has encouraged Catholics to do is to come out from behind the walls of the church and bring the faith to the people, part of what is called a new evangelization. This is one way of celebrating that, by bringing the mass closer to the people, closer to those we’re trying to serve,” Glass said.

Since the addition of these Masses at the beginning of the semester, CCM administrators and students said that those within the organization have reacted positively. CCM Director of Programming Mary Ellen Pitard said she appreciates the convenience of holding Catholic services in Wren, where the community can come together. CCM President William Gibson ’15 echoed this sentiment.

“It’s nice to … finish up with class and walk across campus and celebrate Mass and get to pray, and also to be on campus and be in one of the most historic Chapels in the state, and in the country, too,” Gibson said.

Glass said he values the way holding Mass in the Wren Chapel impacts his congregation.

“I love being at Wren because of its location in the center of historic campus, because of the incredible tradition and history that it has. And it has great acoustics … when we pray or sing, it rings,” Glass said.

Although the College of William and Mary has historical ties to Anglican and Episcopal faiths, use of the Wren Chapel is open to any religious organization. The College’s website states that its connections with the Church of England and American Episcopal Church ended after the American Revolution and when the College became a state institution in 1906, respectively.

CCM is not the only religious group to hold services in the Wren Chapel. For example, Bruton Parish offers Episcopal services on Tuesday evenings. Other religious organizations, such as Unitarian Universalists, the United Church of Christ, Orthodox Christian Fellowship and Hillel have held services within Wren Chapel in the past, said Assistant Director of Historic Campus Kimberly Renner ’06.

“The Chapel is a special space, so we want to make sure it’s more serious things that happen in that particular space,” Renner said.

Whereas the Historic Campus Office limits student organizations — like honor societies and music groups — to one event within Wren Chapel per semester, religious groups with an officially recognized ministry have more options. Renner also said that the Chapel remains available to students who wish to pray, meditate or even study in Wren.