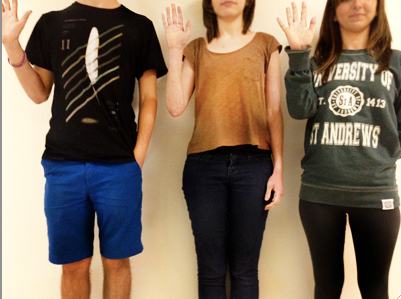 Revisions to the College of William and Mary Honor System continue with the implementation of three Honor System Advisory Committee resolutions at the beginning of the academic year. The revisions, introduced last spring, add a three-person panel option and expand early resolution and tiered sanctioning programs to include alleged lying and stealing cases, rather than solely alleged cheating offenses.

The  HSAC, a committee created to continue the efforts of the Honor System Review Committee, dissolved last fall following the implementation of their proposals. It HSRC began reviewing the Honor System in 2010 at the direction of College President Taylor Reveley.

“There’s no question [that] the one-size-fits-all [Honor System] was simpler … and there is definitely virtue to simplicity,” Clemens said. “There are real drawbacks to that kind of simplicity, too, though — both in terms of how the system is viewed and how it is applied. The changes that we made beginning in 2013 and [this year’s] changes do add more arrows to the chart, in a sense, if you were trying to depict those things that were available to a student being charged with an honor infraction. … [We did] make it more complicated, but we do believe we made it more workable, both for students and faculty, and so it can remain something for people to treat as a point of pride.”

Nate Heeter ’15, Student Assembly Secretary of College Policy and Student Rights and an advisor in the Conduct and Honor Advisor Program, agrees that the system is complex. Heeter emphasized the importance of educating students through CHAP guidance.

“I think [the revisions] make a complex system slightly more complex. … I think the big thing for CHAP would be to understand the advantages and disadvantages of the new options so they can articulate those to the student,” Heeter said.

Shahenda Helmy ’15, Chair of CHAP and a member of the HSAC, said she has been discussing the changes at general meetings and determining which routes are the best for advisors to encourage in different scenarios.

“A member of CHAP is always part of the composition of HSAC, and that’s something I truly value because the more aware we are of those changes and revisions, the better resources we can be for students going through the process,” Helmy said in an email.

Some aspects of the revisions, particularly the early resolution process for Level I, Level II and minor offenses, allow for shorter Honor System processes.

“This change will provide a more efficient and timely process for the student, the community, and the Council,” Associate Dean of Students and Student Conduct Dean Gilbert said in an email. “We also hope it will allow the Council to apply its personnel resources to the reports that need them — those with complicated facts, multiple witnesses, or matters in dispute and needing resolution.”

Undergraduate Honor Council Chair Caroline Chalko ’15 said the potential to shorten time spent going through the Honor System helps improve the experience for students navigating the process, as well as increases the consistency, clarity and relevancy of cases.

“The amount of stress on students not knowing what is going to happen to them is awful. … We like to have it done, resolved, in a timely manner just so they have the peace of mind of knowing and if they’re found responsible they can then craft their appeal,” Chalko said.

Two revisions enacted this year extend fall 2013 changes, such as the introduction of an early resolution system and tiered sanctioning, for cases of alleged lying and stealing, rather than solely for alleged cheating cases.

These revisions only affect the Undergraduate Honor Council and do not apply to graduate honor councils.

“I have definitely felt a lot more comfortable having the different levels of cheating, for example, since last August,” Chalko said.  “[It’s] something that I think gives the students clarity, so I’m really happy that we were able to bring that to lying and stealing. … We can always move up or down based on aggregating or mitigating circumstances. We’re not locked into a particular sanction. It’s just nice to realize that different offenses do have different impacts on the community.”

The Dean of Students office determines the level of each alleged infraction. Major cases enter the Honor Council with the original potential sanction of suspension.

“The Levels of Sanctions for Lying and Stealing allow for some flexibility for the Council in sanctioning more ‘minor’ violations, those that are not large in amount, scope, or impact on the community, while allowing for the Council to continue to respond strongly to more egregious violations,” Gilbert said in an email.

The early resolution system allows accusing faculty members to opt for a shorter Honor System process in cases of alleged Level I or Level II academic cheating. Faculty members may report an infraction and his or her suggested level for the infraction. If the student accepts responsibility for the actions in question, the case enters the early resolution process and the student receives a penalty as determined by the Dean of Students.

This process allows certain cases to bypass the lengthier Honor Council investigations and hearings. Students have the right to turn down this option in favor of a full investigation and hearing.

The new revision extends the early resolution process to include minor cases of alleged lying and stealing.

One fall 2014 revision introduces the option of a three-person panel, rather than the traditional six-person panel.

“There are certain times of year, in particular, where posing a panel of six Honor Council members is very difficult, especially in the ends of the semesters or in the summers, and that has meant either that it has been incredibly complicated or that it has strung out the process,” Chancellor Professor of Government Clay Clemens ’80 said.

Chalko said that, in summer Honor Council hearings, the College brings in nine members of the Honor Council for each case, including the six panel members, the member in charge of the investigating committee, the procedural committee advisor and the chair of the council.

The student’s request may be denied if delaying would jeopardize critical evidence or if witnesses would be made unavailable. If a student is denied a six-person panel, he or she may appeal the decision.

“My issue [with this revision] is that the appeal is a post-hearing appeal, versus an appeal before the hearing takes place,” Student Assembly Secretary of College Policy and Student Rights and an advisor in the Conduct and Honor Advisor Program Nate Heeter ’15 said.

Post-hearing appeals require that a student demonstrate that a procedural error in the initial hearing resulted in the incorrect outcome.

“That is a higher hurdle [in the six-person panel], in a sense, and so … that might affect a student’s thinking of whether they might prefer a six- or a three-person panel,” Clemens said. “But it’s both a logistical issue and, in some cases, a [student] rights issue simply because the student doesn’t get a prompt hearing or an investigation if they can’t, literally, find enough people to serve.”

This resolution applies to all Honor Councils at the College, including graduate school councils.