Home Sports Features Alumni: Honoring the other Class of 2014 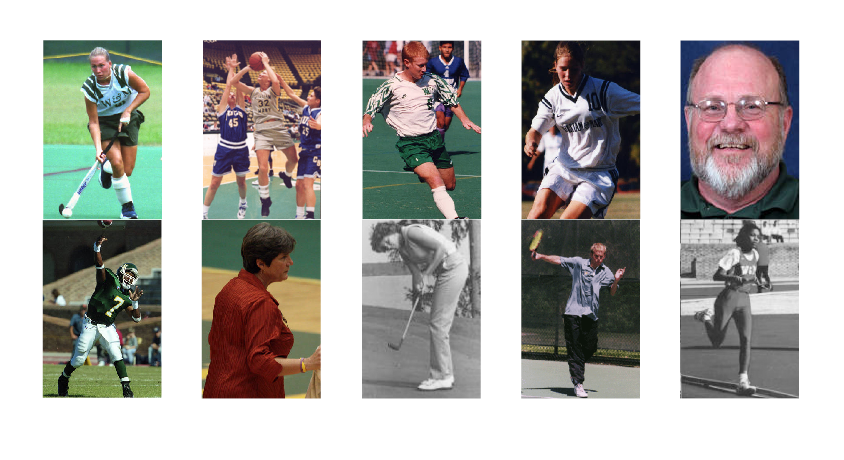 The William and Mary Athletics Hall of Fame has represented the best of the Tribe’s student athletes and coaches since 1969. The Flat Hat recaps the 2014 class ahead of the 2015 class announcement, expected during Homecoming weekend.

Aside from a laundry-list of top-five rankings in the school’s records, Saunders is better remembered for her role in advancing the College to its first two trips to the National Collegiate Athletic Association postseason. Saunders finished with 120 points.

Finishing as the College’s second-leading all-time scorer wasn’t enough for Rabe, who also lead the Tribe to its first ever Colonial Athletic Association Championship game. Rabe became the first women’s player to sign a professional contract in Belgium.

After 25 years as the director of the College’s track and field program, Stimson turned his attention to the throwers in 2011. While director, Stimson’s squads won over half, 52 percent, of the possible Colonial Athletic Association titles.

The last four-year starting quarterback, Corley didn’t miss a snap over 45 games. Corley finished his career with a 2001 Colonial Athletic Association title, 73 touchdowns, a 57.9 completion percentage and an average of 245 yards per game.

As volleyball coach for 30 years, Hill enjoyed a 587-413 overall record that also saw a 56-match win streak within the Colonial Athletic Association. Tribe Athletics dubs Hill one of the “founding mothers” of modern women’s athletics.

With 110 singles victories and 113 doubles wins, Spracklin ranks as the College’s all-time leader in both singles and doubles wins. Spracklin reached as high as No. 734 in singles and No. 319 in doubles in professional play after graduating.