Home Opinions Guest columns Courting belongs in the past 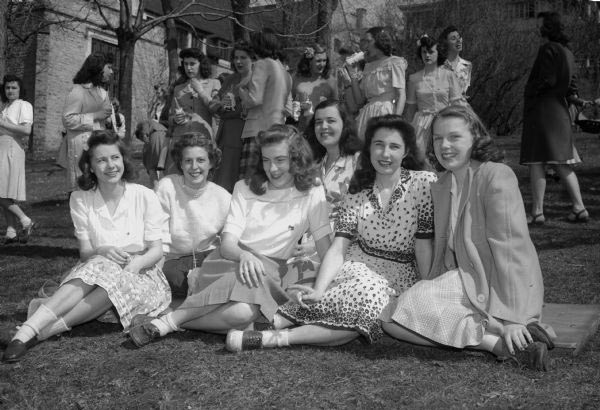 It is a tradition in the Greek community that fraternities ask sororities to the next year’s Homecoming the day after the current year’s Homecoming ends. During this time, fraternities present sororities with lavish gifts for a week in order to have a week of parties with that sorority a year from now. Let me reiterate: We make decisions about what only amounts to a week of partying set to take place a year away. Even more striking is the amount of money, (read: fraternity dues), that goes toward buying the gifts, which can add up to thousands of dollars in food, alcohol, flowers and other excessive nonsense.

The Homecoming pairings feed into the “ranking” of chapters that occurs online and by word of mouth, in which students discuss which fraternities are better than others. Greek life is based on a tier system, and it appears that the perceived quality of each chapter is dependent on only a few factors; their date to Homecoming is a substantial one. Sororities vote on what fraternity is allowed to take them based on the quality of the gifts received and the fraternity’s place in the social hierarchy. I once heard a sorority woman say that she had to vote for a particular fraternity because if she voted for the lower-ranking fraternity, “a good frat will never ask us to Homecoming again,” illustrating this damaging obsession with a social hierarchy.

This week of luxury is fun for the sororities, but other, greater costs affect all chapters involved. First, a slew of negative language prevails during the week after Homecoming. In order to assess chapters, sororities and fraternities stereotype each other by using a few words to describe a chapter. The Greek community uses words like “douchey,” “slutty,” “rapey” and “prudish” to describe the personalities of the chapters. The stereotypes lend themselves to superficial criteria for deciding the superiority of a chapter. Such language implies that a group of people is associated with overly simplified and negative concepts just because of which letters they wear rather than their actions or unique personalities. The stereotypes strip away the individualism that each member is supposed to bring to a chapter. The fact that these words make up the criteria for the Greek life hierarchy is shallow and infuriating.

Even after a fraternity spends thousands of dollars on a sorority, there is still a chance the sorority will just say no. One of my male friends told me that a sorority can add an extra week onto voting when they are asked by a “low tier” fraternity, so that a “high tier” fraternity that gets rejected will have the opportunity to ask another sorority. The sorority wants the two fraternities to compete in order to receive the most gifts and attention and have a choice to pick the higher-tiered fraternity. We are perpetuating a double standard that says women like being wooed with money and status, but do not want to be sexually objectified.

This whole system is completely outdated. Sorority women choosing a fraternity strictly based on their quality of gifts and social rank propagate many of the negative stereotypes that prevail throughout the Greek community. We as a campus need to see outside the rigid courting rules, perhaps letting sororities ask fraternities or even other sororities to Homecoming, or letting two fraternities take one sorority if all parties involved agree that that would lead to a better quality Homecoming next fall. Or if we can agree that women do not want to be objectified, we could reject the courting process altogether.

The financial and social costs associated with Homecoming courting fully outweigh the benefits of free alcohol and men in suits bringing women food. Your chapter’s rank is only important to a small population of college students who are all destined to forget once they enter the professional world. I ask that we all take a step back and reevaluate our traditions in order to move forward into a more progressive Greek community.