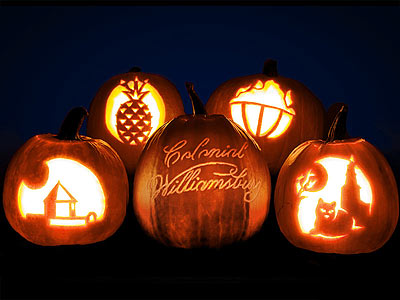 Ah, All Hallows Eve: A night when little ghosts, princesses and superheroes go from door to door seeking out sugary treats. We watch horror movies, carve pumpkins and carefully plan out costumes for every night of Halloweekend. But arguably the best way to get ready for Halloween is to tell ghost stories.

Whatever you think of the possibility of ghosts, no one can contest that both Williamsburg and the College of William and Mary have a rich history riddled with stories of ghostly inhabitants. While anyone who has taken an infamous ghost tour in Williamsburg can tell you how many spooky haunts remain there — the accounts on campus tend to differ.

I can say with near certainty we have all heard of the ghost who haunts the third floor of St George Tucker Hall — but who this ghost is and how she haunts the building varies greatly. Some people tend to pass along the story that she is the spirit of a student who hung herself in the third floor bathroom because of stress brought on by school and that she will approach students studying late at night in Tucker. While I am personally unsure if she has stuck around after the construction, I don’t want to find out. Some have heard of the much friendlier PBK ghost, who encourages theatrics and rarely causes trouble.

Footsteps can be heard in the Wren Building when no one is there. There are several theories as to whom these footsteps actually belong. Most credit them to a solider, as the Wren Building was a hospital during the Civil War. The President’s House also served as a hospital for wounded soldiers during the Revolutionary War. There are several stories of a French solider wandering around the house, which I am sure is probably awkward for College President Taylor Reveley. I mean, how would you like running into an over 200-year-old ghost on the way to the kitchen for a midnight snack?

Whether you believe in these ghost stories or regard them more as “ghost stories,” we can all agree that they are very much a part of the College’s identity.

Another building on ancient campus, Brafferton Hall, has spirits associated with it as well. Stories of ghostly Native American boys abound; they’re often spotted running away from the former location of the Indian College, attempting to return home. Supposedly, these spirits can best be seen at night, running a few feet above the Sunken Garden (which was actually “sunken” in the 20th century).

And then there are the highly reliable accounts from our friends, or better yet, our friends’ friends. Your roommate’s-freshman-roommate’s-best-friend once heard a ghostly whisper in the dead of night. Your best friend’s big in his fraternity once woke up to see a ghost sitting at his desk (maybe he just really wanted someone else to finish a paper for him). Whatever the story, all of us know someone (who knows someone who knows someone) on campus with a claim to ghost story fame.

Whether you believe in these ghost stories or regard them more as “ghost stories,” we can all agree that they are very much a part of the College’s identity. If I were braver, I would partake in a stake-out in Tucker Hall this Friday, or maybe lurk around the Wren Building in an attempt to find the owner of the mysterious footsteps. But, truthfully, I am a big fat scaredy-cat. If you’re with me on that, or don’t care to find out if you believe in ghosts, maybe you should spend the night jamming to “Monster Mash” and resist the urge to roll your eyes each time you see a Frozen costume (brace yourself, winter is coming in the form of Elsa costumes galore) at whatever Halloween festivity you end up at.

Sky Sprayberry is a Confusion Corner columnist who will indeed be dressing up as Elsa for Halloween.

COVID-19 vaccinations bring promise of a return to normal life