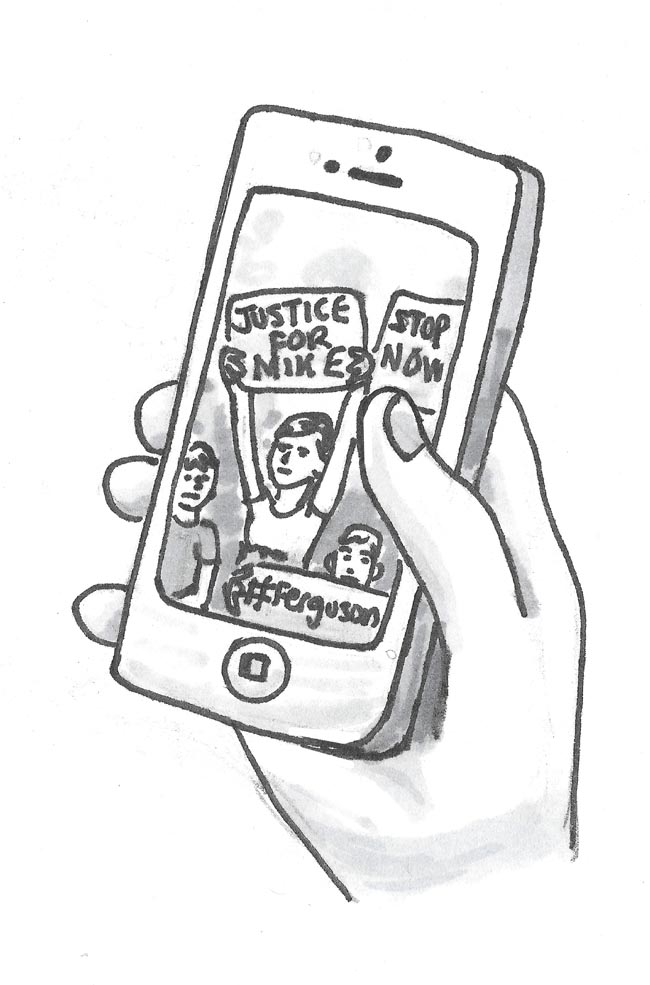 On Aug. 9, 2014 in Ferguson, Mo., an 18-year-old unarmed black male named Michael Brown was shot six times by 26-year-old police officer Darren Wilson. The circumstances surrounding the event remain murky and disputed — Brown’s body has been subjected to three separate autopsies since his death — but many of the witnesses claim they saw Brown raise his arms and yell, “Don’t shoot.”

This incident has sparked massive protests in the town of Ferguson. These protests have spread across Missouri and throughout minority communities in the U.S. in response to the deaths of a number of unarmed black youths, who were recently shot for apparently no reason The most notable case is Trayvon Martin, a 17-year-old African-American male fatally shot by neighborhood watchman George Zimmerman in 2012. Ferguson reveals a number of unsettling truths about the racial motivations behind police brutality and the subsequent reactions of the American justice system.

This should not come as a surprise — it is an almost indisputable reality that black youths are subject to racial profiling, police brutality and other damaging, often fatal, stereotypes. Had Zimmerman accidentally shot a rich, upper-middle-class, white high schooler, there would be no question that he would be in jail doing time for manslaughter, at the very least. An article from the online news source Bustle overwhelmingly confirms that minorities are subject more than other demographic groups to police brutality: Between 2005 and 2012, a white officer killed a black person twice a week on average. 25 percent of all these deaths were black individuals under 21, in stark contrast with the 8.7 percent of white people fatally injured by police who were under 21. And, since police departments themselves are the ones who report these incidences, not a third party, these numbers are expected to be an underestimate of the actual figures.

But why should this matter to us? Not only is there an obvious injustice going on here that is only just beginning to garner mainstream media attention, but the reactions of law enforcement to the peaceful protesting in Ferguson and other places is disturbing. Riot police have donned military attire, carried huge guns, and incited fear and hatred in a crowd of peaceful protesters. Additionally, mainstream media has limited coverage of these incredibly important events due to the no-fly zone, an air-space restriction prohibiting flight over Ferguson.

Young people are the determinants of our world’s political, economic and social future — specifically those of us with college degrees. College students have always been strong voices in social movements, from anti-war activism in the 1960s to Occupy Wall Street. Our opinions represent that of the emerging generation — and are therefore arguably some of the most significant. This should be important to us.