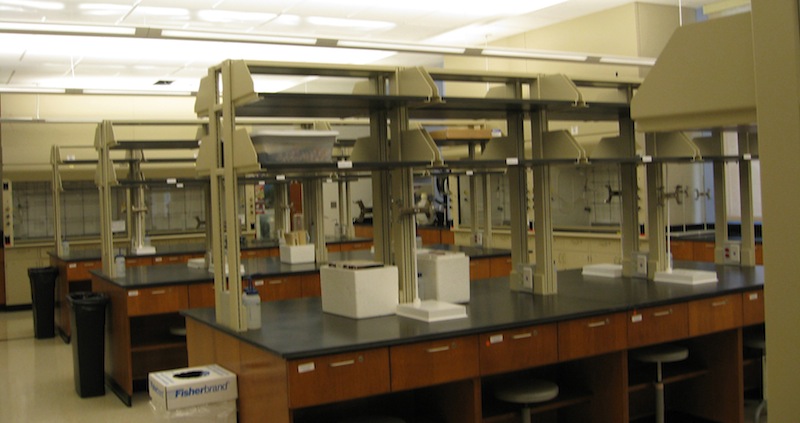 Like many freshmen, Mark Schreiber ’17 came to college with only a faint idea of his eventual career path. In high school, he had taken Advanced Placement biology and performed well. Thinking he might go on to do research in microbiology or maybe become a doctor, Schreiber signed up to take introductory chemistry and biology. Those classes, Schreiber said, did not go well. Now he’s a German major.

Schreiber’s story is typical enough. According to an email sent by a professor to students last December, 40 percent of students in one introductory biology class last fall received grades of “C” or below. The Office of Institutional Research and the Admissions Department provided data to ‘The Flat Hat’ for analysis. The data indicated that fewer students are receiving degrees in the seven STEM majors offered by the College than express interest in STEM as incoming freshmen.

Some students blame so-called “weed-out” classes — classes that are supposedly designed to winnow the number of majors in a given field. The term “weed-out” may refer specifically to introductory biology and chemistry courses but always refers to STEM courses, or those in the fields of science, technology and mathematics. The College does not house an engineering program.

“I definitely took weed-out classes,” a senior biology major, who requested anonymity because he will be seeking research opportunities in the fall, said. “You learn a lot of material in a short amount of time. It’s 30-50 slides a day. I can’t use as much of my brain because I feel like I’m cramming a bunch of information just to pass the exams.”

The student added that he has considered changing his major, but that at this point, it is too late.

Some professors resist the notion of “weed-out” classes.

Cristol noted that funding is allocated to departments based on the number of students enrolled in those departments’ classes.

Gary Rice, interim chemistry department chair, said that he doesn’t see any class as a weed-out class. According to Rice, the number of chemistry majors has increased year after year. With 61 students graduating with a degree in chemistry last year, Rice said that retention is higher at the College compared to other chemistry programs around the country.

“I think any inadequacies that students have relative to our expectations are produced at the high school level,” he said.

Students who hope to become doctors do not necessarily have to be science majors, according to Beverly Sher, the college’s health professions advisor. However, while AP courses may sometimes suffice, most medical schools require pre-requisite science courses that students describe as weed-outs.

Robert Lewis, chair of the computer science department, acknowledged that weed-out classes are a staple of other programs — he mentioned engineering — but said that his department worked hard on retention.

“We were entering the number of women majoring in computer science, and it triggered a warning, because the number jumped more than 50 percent year-to-year,” Lewis said, referring to a national survey of computer science departments.

Lewis acknowledged that classes were hard, but he said that was because of the material, not because they were meant to weed students out.

In physics, the STEM field with the highest discrepancy between the number of students expressing interest freshman year and the number receiving degrees, there may be a different phenomenon occurring altogether.

That difficulty might explain why only 16 students graduated with a degree in physics last year. However, Zhigunov’s comment strikes at the heart of the inherent difficulty in telling the difference between weed-out classes and classes that are simply difficult because science is a difficult field.

“We are, however, relatively fortunate to naturally see a balance of academic interests from our applicants, including many students expressing an interest in STEM related fields,” interim associate provost for enrollment Tim Wolfe said in an email. “Additionally, I believe as the STEM initiatives and focus play out at the K-12 level, we will naturally see more students coming to W&M with an interest in STEM fields.”

Schreiber, the sophomore German major, said he is unsure what career he might pursue now that it is unlikely he will become a doctor. He said he might go back and take science classes in his final two years. When he graduates, he said, he might look into becoming a teacher.