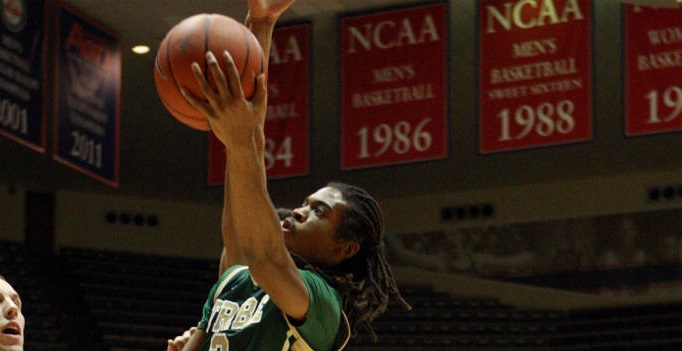 Fueled by a 50-point second half, William and Mary defeated Towson 85-72 Saturday afternoon.

The win marks the Tribe’s third road win of the season, and propels the College to 11-6 overall and 5-1 in the Colonial Athletic Association. The loss drops the Tigers to 8-11 and just 1-5 in the conference.

The first half was a back-and-forth affair. Neither team claimed more than a four-point lead, and the teams entered halftime tied at 35. Sophomore guard Daniel Dixon led all scorers with nine points in the first half.

For the second game in a row, the Tribe played much better in the second half. Sophomore guard Omar Prewitt converted a layup just 22 seconds into the half, and the Tribe never trailed from that point. With seven minutes left in the game, Dixon hit three free throws to give the Tribe an 18-point lead, its largest of the night.

Towson attempted to mount a comeback, cutting the College’s lead to 11, but the Tigers’ offense struggled to gain any traction in the second half.

Thornton is averaging more than three three-pointers a game, and figures to break Schneider’s record during the Tribe’s next game. Thornton should also set the College’s all-time scoring record later this season. Averaging 19.6 points per game, he is on pace to break the record in one of the Tribe’s final regular season games.

Despite the win, Towson highlighted areas of concern for the Tribe. The College was out-rebounded 38-32 and surrendered 20 offensive boards. The Tribe tallied just one steal on the night, forcing four turnovers total. Towson, on the other hand, forced nine.

Thanks to UNC Wilmington’s upset win over Hofstra, the Tribe is currently tied with Northeastern for first overall in the CAA. The College plays on the road at Delaware Wednesday, tipping off at 7 p.m.

Next, the Tribe hosts Northeastern in the Jan. 24 Gold Rush Game in a showdown that could have a major impact on the conference title and postseason play.