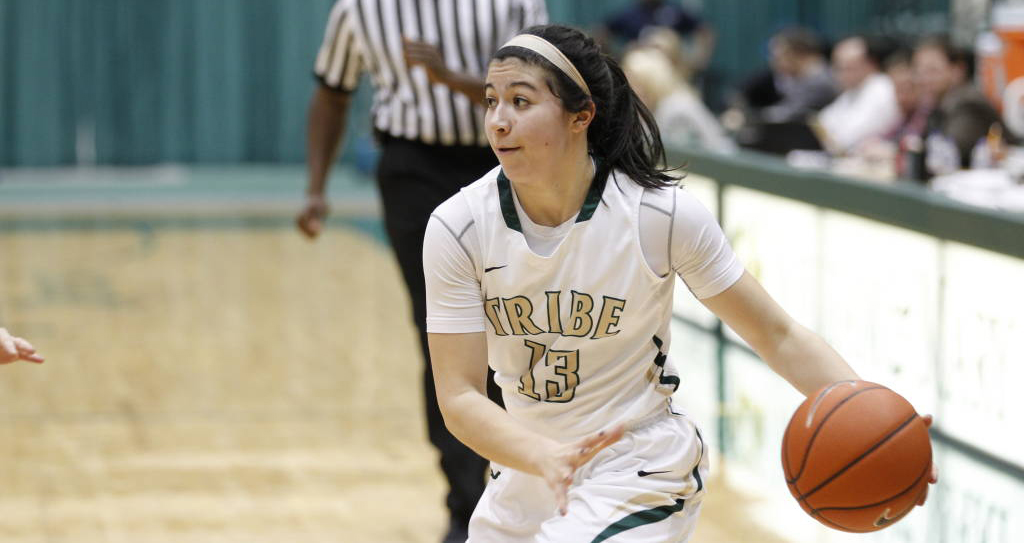 Thursday night saw the beginning of the first win streak of 2015 as William and Mary won its second consecutive game. The Tribe triumphed 67-62 against North Carolina-Wilmington in Kaplan Arena.

“Good team win — I thought our team battled really hard,” Swanson said. “It was a collection of players doing a lot of things. … UNC-Wilmington knocked us back on our heels, but it’s great to see us persevere, show[ing] real toughness, physically and mentally. …[We took] that lead at halftime and [came] out strong in the second half.”

However, the win was far from easy. The Seahawks took an early lead with an 8-3 opening run and retained the lead until the last minute of the first half. Both teams played tight defense, but the Tribe had many missed opportunities due to inaccurate shots and undisciplined rebounding.

With seven minutes remaining in the first half, the Tribe began a strong comeback bid, outscoring the Seahawks 19-4 before halftime. Senior forward Jazmen Boone and sophomore forward Alexandra Masaquel were instrumental in the comeback, with Boone leading scoring at the half with nine points and Masaquel earning four of the College’s seven steals in the half. With 55 seconds left in the half, sophomore guard Marlena Tremba made the go-ahead layup to put the score at 32-31. After another field goal at the buzzer, the Tribe held a 34-31 halftime lead.

The College stepped up its defensive effort after intermission, keeping its momentum with a 15-4 run in the first six minutes of the second half, extending its lead to 50-35. Freshman guard Jenna Green highlighted the scoring run, eventually tying her career high of 16 points. Green commented on her increased role on the team over the season.

“I’ve realized that I need to become a threat in order for this team to succeed, and I need to drive into the lane so I can get my teammates open for shots, and that’s how we’re going to win games,” Green said.

After a Tribe timeout with 10 minutes left, UNC-Wilmington began to cut into the College’s large lead. As in the beginning of the game, the Tribe stopped consistently hitting shots, only going 10 for 26 on field goals in the second half, and UNC-Wilmington went on a 9-0 run over the next four minutes. Swanson called out to his players often with strategies, but the Seahawks weaved quickly through the Tribe’s defense and secured clear shots.

UNC-Wilmington continued to rally, closing the Tribe’s lead to 61-60 with 36 seconds remaining, but the College gained some momentum after a Seahawks technical foul began a series of successful Tribe free throws by Boone and freshman center Abby Rendle. The free throws gave the Tribe a final cushion, and the College secured the home victory with a final score of 67-62.

Despite only making 25 of 61 field goal attempts and barely beating the shot clock multiple times, the Tribe’s sharp runs in the middle of the game defined the contest and protected the College when UNC-Wilmington rallied back. One of the keys to keeping the lead in the second half was free-throw shooting, and the Tribe hit 11 of 15. In addition, shooting in the paint proved important, as the College outscored UNC-Wilmington 40-16 in the paint.“

Our post players keep working and it’s our job as guards to get them the ball. The only way we’re going to score is if we get them the ball and get them going,” Boone said. “Offensively, we start inside out.”

Masaquel led the team with seven steals, matching the total for the entire Seahawks team. Boone, Green, and Masaquel each scored in double figures. Boone notched a double-double with 13 points and 10 rebounds, adding six assists.

With its ninth win, the Tribe surpassed its total from each of the past two seasons. The Tribe travels to Boston, Mass. to face Northeastern Sunday for the first of three road games. Tipoff is scheduled for 2 p.m.