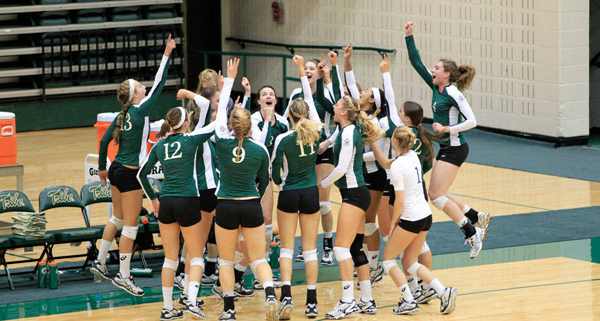 The three players hail from Virginia, New Jersey and Oregon. Two of the three continue family traditions of collegiate athletics.

Grace DiClementi, standing five feet, ten inches from Leesburg, Va. (Middleburg Academy), was named the Virginia Independent School’s Player of the Year in 2014 after reaching the first-team all state roster in both 2013 and 2014.

Heather Pippus, 6’0” from Lake Oswego, Ore. (Lake Oswego High School), enters the College after earning nods to the U.S.A. High Performance continental team in 2012 and 2013. Pippus earned her high school league’s Player of the Year award and first-team all state honors in 2014.

Pippus continues in what is becoming near-tradition in her family. Her brother and uncle, Geoff and Ross Marshall, both played basketball at the University of British Columbia. Grandfather Hugh Marshall also played soccer at the University of British Columbia, after which he enjoyed a five-year professional soccer career. Her father, Ken Pippus, played basketball at Reed College.

Pippus’ precedent doesn’t end there. Her aunt, Sarah Marshall, represented Canada in the 1992 Barcelona Summer Olympics, remembered as the first Games held without boycotts since 1972. Canada finished 11th with 18 medals, including a bronze medal from the sailing competition. Marshall did not medal.

At 6’1”, Katie Primatic is the tallest of the three recruits. Primatic hails from Pittstown, N.J. (North Hunterdon High School), where she earned first-team all state honors in 2014 and was named the Player of the Year by Courier News.

The College’s 2015 schedule has not been released.