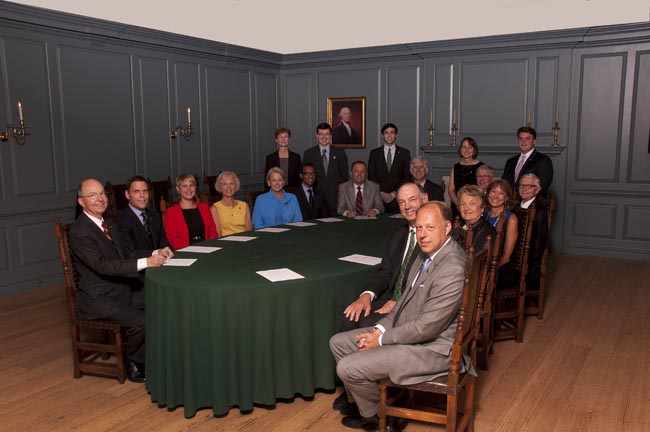 How can we reduce the cost of college? Nationwide rises in tuition have made this the number one question in education policy. The bipartisan “Student Right to Know Before You Go Act” introduced by senators Mark Warner and Marco Rubio (still not passed) is certainly a step in the right direction, but it won’t solve the whole issue. Another part of the solution is re-evaluating the status quo of college spending.

According to the Joint Legislative Audit and Review Commission 2014 report, the current higher education situation in Virginia needs improvement. For example, non-educational spending by colleges comprises roughly one-third of total tuition rate, which adds up to approximately $14,000 after four years. Considering that 59 percent of Virginia students graduate with an average of $25,780 in debt, this $14,000 amount per student could have arguably been used to lower tuition rather than on non-educational expenses.

Decisions on these matters fall to a college’s Board of Visitors.

I spoke with Mike Watson, a member of the Advisory Committee for Higher Education for the House of Delegates Education Committee, about the JLARC report (which the committee is currently discussing), specifically on the role of the in Virginia schools. In Virginia, Board of Visitors members are appointed by the governor to serve four-year terms, directing finances and decisions of the colleges at which they are appointed. In short, they decide how college money is spent and have a very real impact on student tuition rates.

One finding of the report is particularly revealing. “A blind survey in this JLARC report found that 30 percent [of Board members] didn’t feel like they had much control over the things they ought to be controlling, and that they did not understand their role or the state role … they didn’t feel that they were prepared for their job,” Watson said. “That’s nearly a third of those who responded, but 10 percent would be too many.”

One explanation for the 30 percent can be found in training.

“They offer training for board members, but they don’t all take it,” Watson said. “Maybe we should require that they take it.” He went on to point out that not all colleges make training mandatory.

Of course, this isn’t to say that a Board of Visitors isn’t capable of acting efficiently and effectively. Some do quite well. Pete Snyder, a College of William and Mary Board of Visitors member, pointed out that “William and Mary is 33rd in all college rankings but we ranked 105th in resources, which means there just is not much to cut. I’m a big fan of asking the tough questions — start from zero and base budgeting, but at William and Mary, we focus on the right things front and center nine times out of ten.”

As students and citizens, we have a vested interest in their ability, because a Board of Visitor’s decisions directly affect tuition. A proposal requiring board members to attend all training and be fully aware of their responsibilities should receive support from all sides.

Training requirements aside, one could still ask whether the system as a whole is effective. This question is certain to be contentious, but it deserves consideration.

Currently, taxpayer money goes to the Virginia General Assembly, which allocates money to state colleges. Colleges receive tuition from students, many of whom are Virginia taxpayers, and thus pay for education twice. However, the money is spent by colleges’ Boards of Visitors, which are not elected bodies. Members are appointed by the Governor. If a taxpayer is unhappy with the way tax dollars are spent by the boards, the only political recourse is electing a new governor.

Considering all the other issues present in elections for governor, this hardly seems to be the most transparent method for keeping Board of Visitors members accountable for their decisions. At the College, our board has done well; especially with decisions such as a locked-in tuition rate for four years. But that doesn’t mean it’s the best system for the future.