More than 200 students representing the Alpha Eta Chapter of the Sigma Pi Fraternity, the Beta Lambda Chapter of the Kappa Alpha Theta Sorority, and the Phi Beta Chapter of Kappa Delta Rho gathered in Sadler Center Feb. 5 for a discussion facilitated by Associate Director Margie Cook and Director Vernon Hurte of the Center for Student Diversity.

Following accusations of racially insensitive party themes in January, the Center for Student Diversity and the Office of Student Leadership Development organized this event of open conversation to “[address] the negative impact of these events on themselves, their friends, and on our community,” according to the invitation. In addition to the three Greek organizations included in the discussions, select members of the student body who work closely with diversity issues on campus were chosen to help facilitate the conversation.

“I think this conversation was a great step in bringing people together to learn from each other,” Cook said in an email. “Students came and did the hard work of accepting accountability for actions that had a negative impact on others and on our community. People worked at listening to each other, and from that some spoke about how they were beginning to see things from a new perspective. People asked good questions, were willing to be vulnerable and ask for help in understanding the issues from someone else’s point of view. None of that is easy, but enough people were committed to finding a positive way forward that I feel like the evening was beneficial for a good number of those who attended.”

Despite describing the event as largely positive, Cook admitted that the conversation might not have changed everyone’s minds regarding the parties.

“There is reason to be skeptical,” Cook said. “We can’t get comfortable and think that one night of conversation, whatever positives it produced, has changed everything. All of us need to keep this conversation going in order to see lasting change.”

Marvin Shelton ’15, who was one of the students assisting in the discussion, agreed with Cook.

“I was first of all shocked at the numbers. I was even more surprised by the lack of students of color participation — there [was] a very small number of students of color. I found it was quite ironic that we were talking about diversity when there was not a diverse group.”

“I have mixed feelings,” Shelton said. “I was first of all shocked at the numbers. I was even more surprised by the lack of students of color participation — there [was] a very small number of students of color. I found it was quite ironic that we were talking about diversity when there was not a diverse group.”

He said, however, that participants presented diverse opinions.

“I was very shocked by how in tune — particularly Theta — was,” Shelton said. “Members of Theta were very vocal about their disapproval of the event. We addressed that matter, and it was interesting how a lot of girls were saying how they should have said something. It was interesting that they didn’t, but when you’re in that group dynamic, it can be difficult, so I don’t particularly blame them. But if you felt disapproval, it is your responsibility to shut these things down before they happen.”

Cook said she feels that this conversation will encourage others to speak up next time a potentially controversial theme is chosen.

“The good thing is that now those individuals know others care and are concerned, too, and knowing we are not alone can give us a boost in saying something the next time,” Cook said.

Student Assembly Secretary of Diversity Initiatives Hannah Kohn ’15 also said that she felt that the conversations were productive, but she is looking to the future.

“I’m encouraged by how many people showed up and made it a priority that night, but now it’s about what happens next — how many people on our campus, involved with these specific parties or not, are going to keep making these tough conversations a priority?” she said in an email. “Who is willing to continue building their awareness, even if it means feeling a little uncomfortable? If we just wait for another thing that hurts someone to happen, what does that really say about our values as a community?”

Shelton echoed Kohn’s sentiments, and said he hopes that more people become aware of what is happening regarding race and Greek life on campus.

“It was much more productive than the town hall meeting last semester, because it was so closed off, but the majority of voices who were actually affected by these events were not here and were not visibly seeing this happen,” Shelton said. “It scares me to think that there were only a handful of students of color talking about race. I feel like these organizations need to branch out and talk to students outside of Greek life. When you offend individuals, it’s going to come from outside of the community, but why does it take the other 70 percent of campus to voice their opinions because the others are apathetic? People think that you need to be beaten or violated in order to be a victim of racism, but we need to move towards understanding covert racism. All matters of racism are hidden in order to exist still, and in their hiding, it’s had a powerful effect on our generation. Because we don’t see it, we don’t feel the same emotionality to it.” 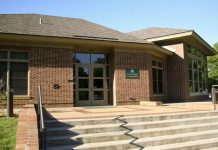 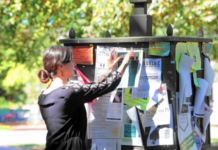 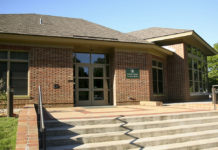