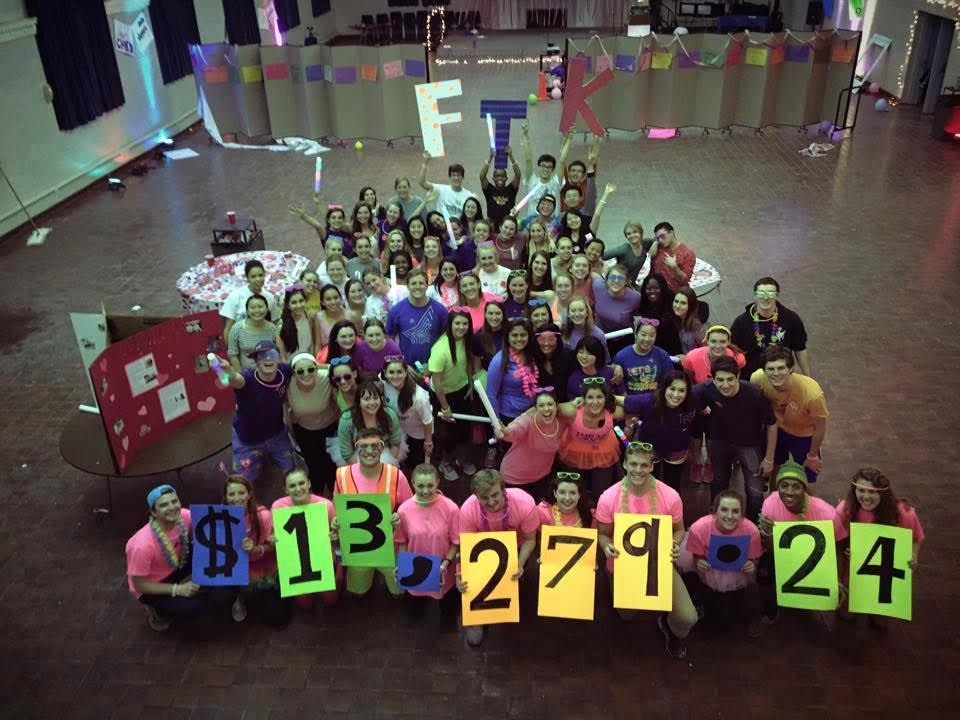 One-hundred-and-seventy-seven students participated in the College of William and Mary’s inaugural TribeTHON, a 10 hour dance marathon held to raise money for the Children’s Hospital of the King’s Daughters. The event, which took place Feb. 14, raised a total of $13, 279.24, exceeding TribeTHON’s goal of $10,000.

The idea for TribeTHON formed when executive directors Eileen Dolan ’16 and Thomas Fergus ’16 were freshmen, after Dolan attended a dance marathon at Pennsylvania State University.

“We really wanted this event to tie together the whole William and Mary community, so that includes different clubs and the faculty because that will make us have the biggest impact,” Dolan said.

Co-executive director Thomas Fergus ’16 explained that TribeTHON was successful in its first year in comparison with other school’s first dance marathon events.

“The first ever dance marathon was at Indiana University and their first-year yield was a couple thousand dollars so on a campus as small as ours, we were extremely happy with the turnout and how much money we raised. … With schools of our size, that is a tremendous amount of money,” Fergus said.

To start TribeTHON on the College’s campus, the TribeTHON board reached out to everybody they knew, including alumni and faculty members. Many recent alumni, who were on campus as the event was first being planned, donated money. The board also challenged faculty and staff to raise money by setting up a webpage for them.

Going forward, board members said they hope to diversify the event by involving more student organizations. They are hopeful that people will be more excited about the event in the future, now that some students have been exposed to it. The board plans to raise its goal every year, to get sponsorships from local businesses and to garner more focus on the event over the course of the entire year.

The event included performances from the Syndicate hip-hop dance team, singing by a capella groups and dance lessons led by the morale team. A core group of individuals stayed the entire time, while others came and went. There were about 90 people present at any particular time during the event.

Every participant wore a hospital bracelet with the name of a child at CHKD. Before the rave at the end of the event, organizers cut off participants’ bracelets and gave them a glow bracelets to commemorate the time spent dancing.

Teams that raised the most money overall and at the fastest rate earned prizes. Fundraising chairs Erik Nelson ’16 and Brian Garland ’16 added up the money during the event and reported it to Dolan and Fergus to announce at the end. The executive board members said they were genuinely surprised by how much money they raised overall and from the event itself; they said they view the event as an overall success.

Catie Pinkerton ’16, who participated in the inaugural TribeTHON, said she was enthusiastic about the event.

“The entire room was bursting with energy and passion to help the children and their families,” Pinkerton said. “I thought it would be hard to dance for 10 hours; however, I left not exhausted but renewed … by the fact that our William and Mary community had come together for a great event and an even better cause.”