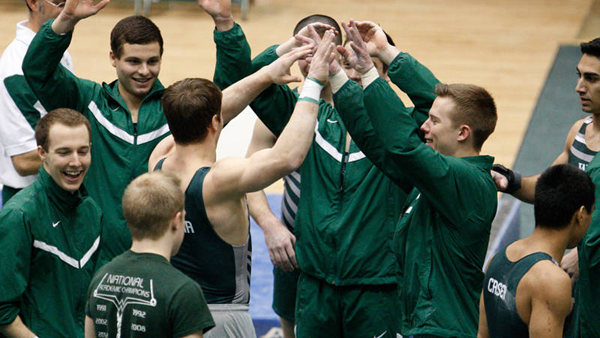 The College compiled a total score of 410.9, as compared with Army’s 422.05 and No. 13 Navy’s 415.3, which took first and second place respectively. To aid the team effort, eight Tribe participants qualified for a total of nine individual final events.

Senior Michael Deitz qualified for two events, the vault and the high bar, by scoring 14.1 and 14.25 points, respectively. In the individual finals Saturday, Deitz matched his qualifying score on the high bar, placing second in the event en route to All-ECAC distinction.

Junior Adam Avant had a career-high total on the floor, scoring 14.0 points to qualify for the finals, although he did not place.

Junior Keaton Ackerman and senior Peter Ten Eyck both scored 14.7 points on the pommel horse to qualify for the individual finals. They placed fifth and seventh, respectively, in the finals. Ackerman received All-ECAC distinction for his performance in the event.

Freshman Jeremiah McReynolds scored 14.05 on the rings, high enough to qualify him for the finals, where he finished eighth.

Sophomore Rob Meyer qualified for the individual finals with a career high of 14.4 on the parallel bars. He placed second in the finals, joining Deitz and Ackerman with ECAC honors.

Junior Nick Van Dyke qualified for the individual vault finals with a score of 14.1. He improved to 14.3 to tie for fifth place,  receiving All-ECAC distinction for his performance.

Next up for the College are the National Collegiate Athletic Assiocation Championships, which are scheduled to take place in Norman, Okla. April 9.